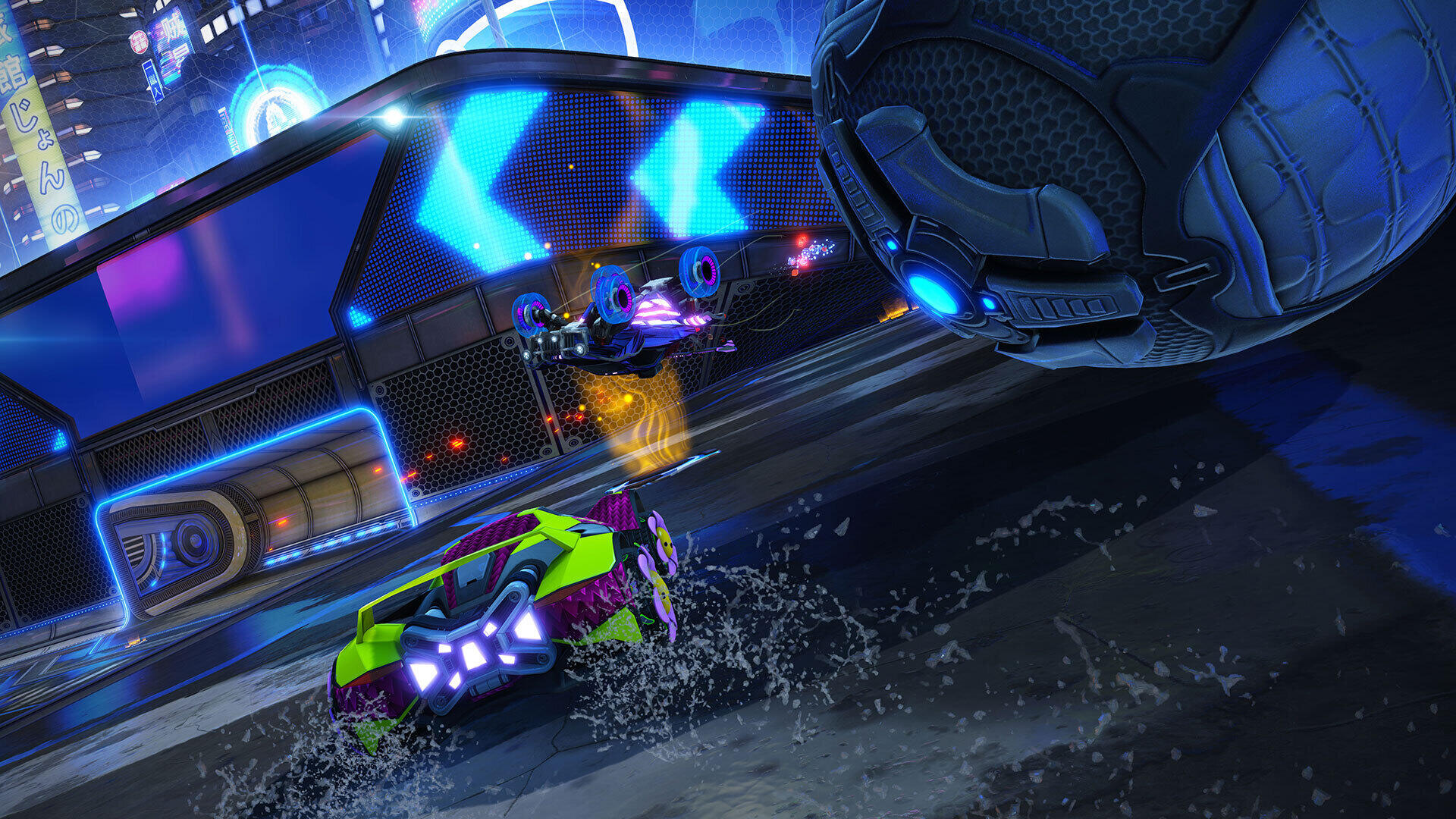 Rocket League is now a free-to-play title. New fans can get into the game at no cost exclusively through the Epic Games Store, but older players will still be able to play on their designated platform, including Steam.

To mark the new moment in Rocket League, the update also introduced season one, essentially resetting the count for competitive seasons across the board. This season is bringing in a new Rocket Pass, weekly and seasonal challenges, and competitive rewards.

The next step for Rocket League is coming with a new season and another installment of its Battle Pass, with 70 limited-time cosmetics and a new battle car. The Harbinger is an SUV reminiscent of the real-life Cadillac Escalade and is one of the few heavy vehicles in the game. The vehicle uses the Octane hitbox, instead of the newly-introduced Merc hitbox as expected by some fans.

Season one also ushered in the improved challenge system, which adds a season-long array of objectives for players to complete in exchange for valuable rewards. The new rotation has a set of lengthy challenges that span the entirety of a season, alongside a short rotation that updates every week. Incomplete challenges are lost for good when the rotation changes.

Challenges are the main way for players to acquire specific cosmetics or even drops, Rocket League‘s new item system. They’ll also be an important part of progression for new players. Newcomers will have access to a set of New Driver Challenges that unlock vehicles and cosmetics as they rise through the ranks.

Competitive seasons saw a reset when competitive season one kicked off yesterday. The new model will have a new rank, Supersonic Legend, that’s reserved for the top players and sits above Grand Champion. The update means that Grand Champion will be divided into three ranks, like all levels below it.

Older players don’t have to worry about an overly intrusive transition. Anyone who had the game will still be able to play on their platform of choice—including Steam—as long as they link their account to an Epic Games account. New players, however, can only try Rocket League through the Epic Games Store.

In the September Update, Epic replaced the RocketID system with its own matchmaking mechanism. The measure effectively forces Legacy players to have an Epic Games account linked to their profile.

Psyonix’s Corey Davis gave a quick rundown of the new system. “You will need an Epic Games Account to play on Steam,” he wrote. “However, you don’t have to create a full account with personal info like email & password. When you boot Rocket League, you’ll be able to create a new account that’s only associated with your Steam profile with one button press, no additional info/setup required.” The goal is to make the transition “frictionless” by giving players the choice to not provide any personal information.

The departure from Steam’s virtual shelves comes over a year after Epic Games acquired Psyonix, the studio behind Rocket League.

Legacy players—anyone who had the game before its move to free to play—also received a handful of bonus cosmetics, all non-licensed DLC, and are exempt from the new trading rule, which says that players must have purchased at least 500 Credits before trading with their peers to curb fraud.

Tournaments are another way for players to test their skill against their peers and an extension of the ranked environment. Competitions are scheduled automatically for each region every day and players can join alone or in a team. Drivers will be able to climb through the leaderboards and earn rewards by engaging in competitions throughout the season.

Participating in tournaments yields Tournament Credits and players can use the new currency to acquire Cups, which drop a range of cosmetics that can be traded up. It’s easier to get higher-quality drops at the higher levels due to better Cups and higher Tournament Credits payouts.