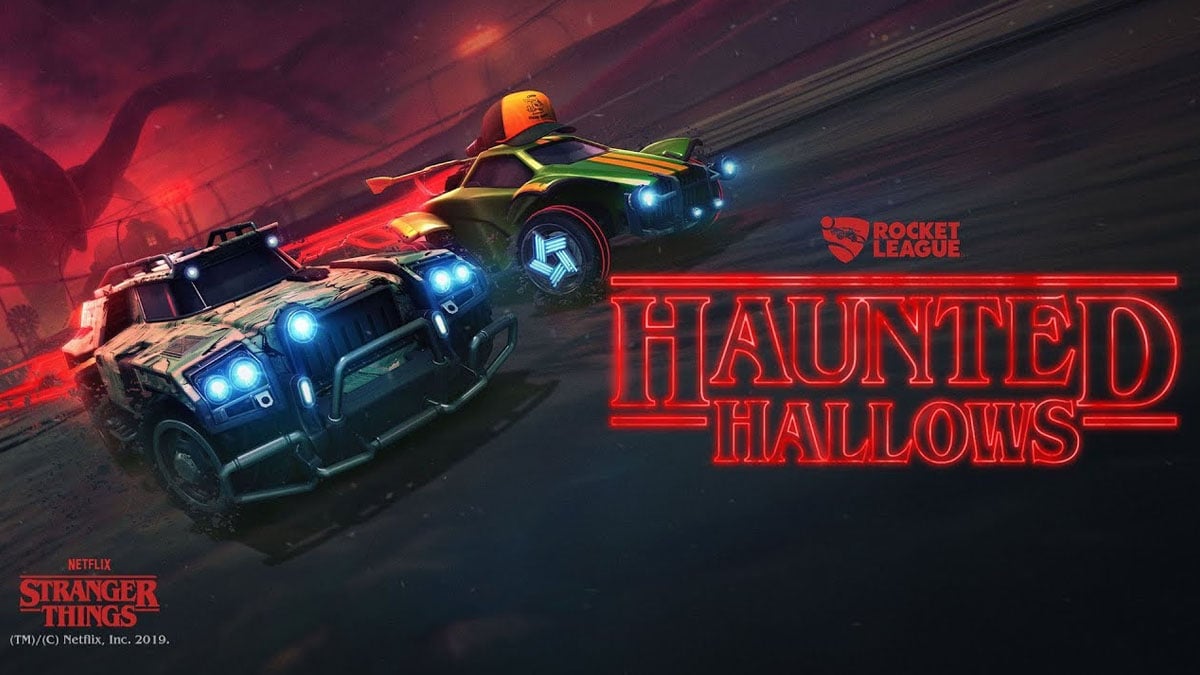 Rocket League is getting into the Halloween spirit by heading to The Upside Down.

Netflix’s Stranger Things will be invading Rocket League from Oct. 14 to Nov. 11 for a Haunted Hallows event.

Players will be able to complete matches to earn Candy Corn, an event-exclusive currency that can be used to unlock cosmetics.

A few of the autumn-inspired items were shown in the event’s trailer. Some of the cosmetics include a boost, two decals, and two sets of wheels.

The map Farmstead will get a spooky theme that resembles The Upside Down from Stranger Things.

Players will have a grace period of three days to use their Candy Corn currency in the store, similar to previous Rocket League events.

This isn’t the first time Stranger Things has done a video game crossover, though. The popular show was featured in Fortnite in July—Chief Hopper and the Demogorgon got their own skins, too.