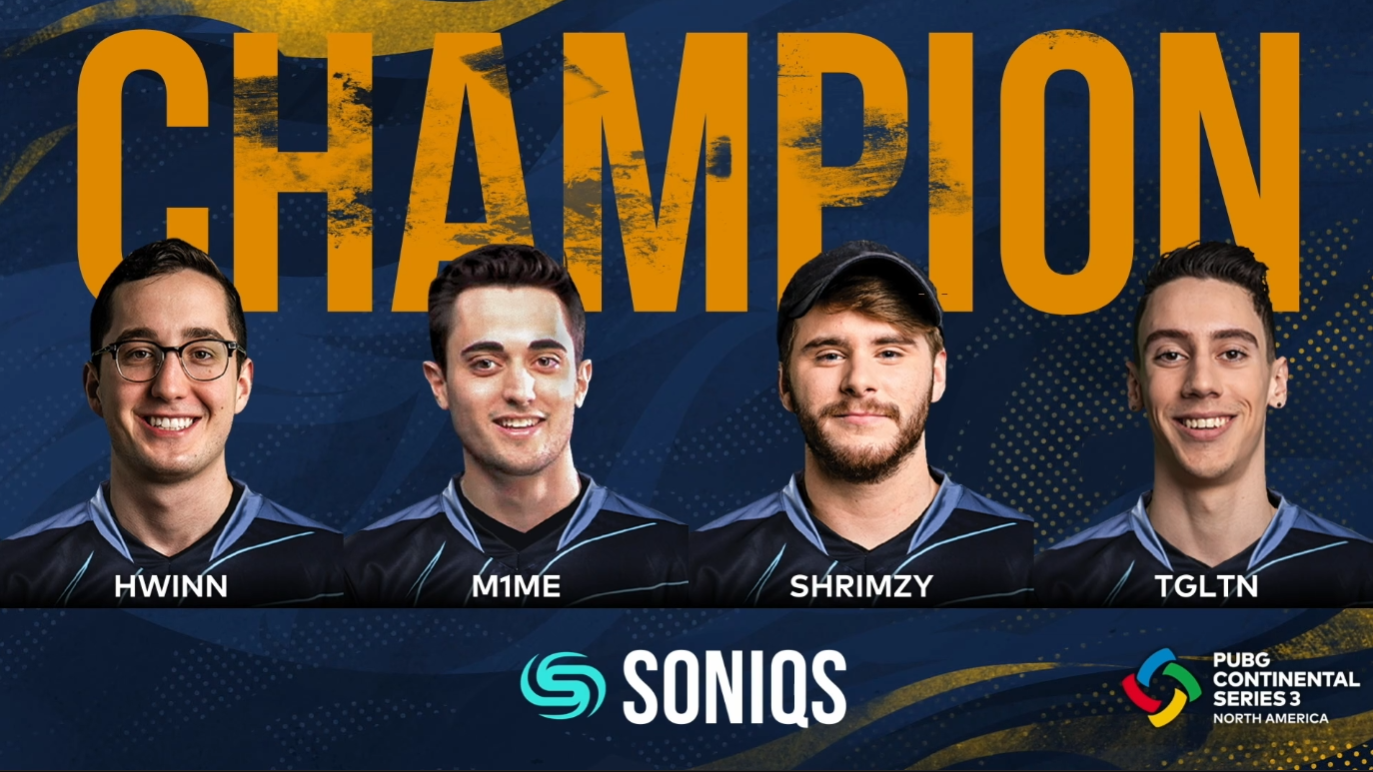 After three weeks of competition, the Susquehanna Soniqs held onto their early lead to win their second North American Championship at the PUBG Continental Series 3.

James “TGLTN” Giezen continued to prove himself one of the best players in NA by helping his team pull away late after the Guadalajara Gascans and Oath Gaming both put together late runs. Soniqs pulled out two wins on the final day of the event to put themselves back on top and were helped out by other teams eliminating their top competition early in the last matches.

Soniqs clung to that top spot, walking away with $54,000 and the back-to-back PCS NA title. In total, the team won seven of the 24 matches and were leading the event for much of all three weeks of competition, with their final total being 150 kill points and 265 overall.

TGLTN recorded the most assists in the group stage, while Shoot To Kill’s Luke “luke12” Newey won the remaining awards and the community-voted MVP for the round robin. STK were the only team to outscore Soniqs in the group stage, but they fell off in the playoffs and ended up finishing in seventh.

It ended up being a three-team race between Soniqs, Gascans, and Oath heading into the final games, which TGLTN noted as their biggest hurdle of the event.

“When the Gascans pop off and challenged us for the top spot, it made it really difficult to maintain a great mental,” TGLTN said. “But now that we’ve won, I couldn’t be happier, the win means more than the money.”

Now it will be a wait to see which teams come out on top in Europe and the other PCS regions as all of the teams start looking forward to the recently announced PUBG Global Invitational.S, which will be a physical tournament in South Korea with a $3.5 million prize pool, set to begin in February.