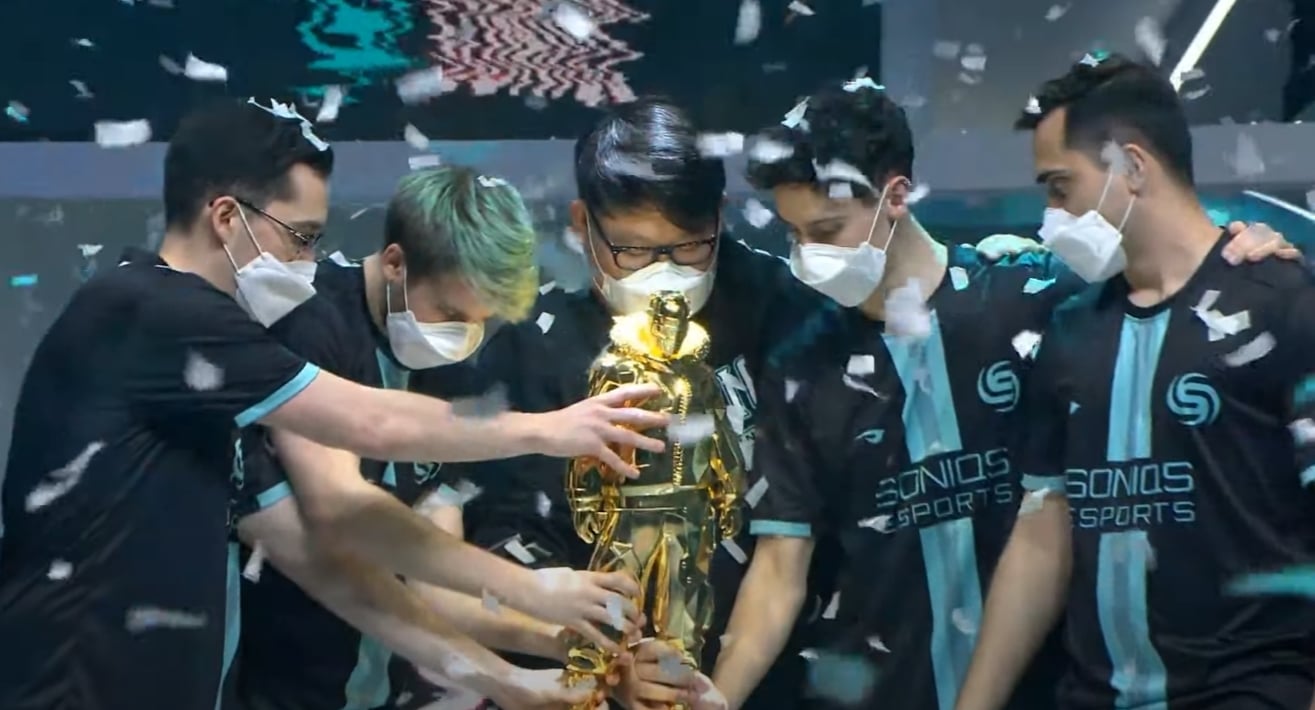 A hybrid event featuring 32 of the best PUBG teams in the world competing over eight weeks has finally concluded, with the Susquehanna Soniqs taking home the PUBG Global Invitational.S title and nearly $1.3 million.

Soniqs completely dominated the event as the top team in Rank Decision, the first team to secure a Weekly Survival match, and finishing as a top 10 team in each of the closing three weeks.

“We appreciate all of our amazing fans and supporters across the world,” Hunter “hwinn” Winn said. “But especially those who doubted us – you all just made us want to win that much more.”

Gen.G were in a strong position heading into the final week of competition, only needing to finish in the top three to have the best chance at winning the entire thing. The team secured only one chicken dinner out of the 10 rounds and typically placed outside of the top eight, however, leading to an 11th-place finish in week six and third-place finish overall.

Because Gen.G didn’t even finish in the top three, the championship was up for grabs, with a first-place finish in the week giving that team the title.

Soniqs spring-boarded the competition, dominating the final week with one chicken dinner, three second-place finishes, and notching 12 kills in round 10. After entering the event as North America’s back-to-back PUBG Continental Series Champions, Soniqs were early favorites and successfully closed things out.

With that win, Soniqs were crowned PGI.S Champions, winning more than $1.29 million at the end of their tournament run.

In total, PGI.S finished with a prize pool of over $7 million thanks to the revenue generated by the sale of exclusive in-game items from the PGI.S Pick’Em Challenge, making it the ninth biggest esports prize pool of all time, according to Esports Earnings.

“The event was meaningful for us as we put our hearts into the challenge and managed to host an esports event, which seemed impossible amid the uncertainties due to the COVID pandemic,” KRAFTON CEO CH Kim said. “I would like to express my gratitude to fans who showed their interest in PGI.S and players who showed the true essence of survival through the intense and fierce competition throughout the eight-week period.”

With PGI.S finished, all of the teams can now turn their focus to the upcoming PUBG Continental Series 4, which will take place in June.