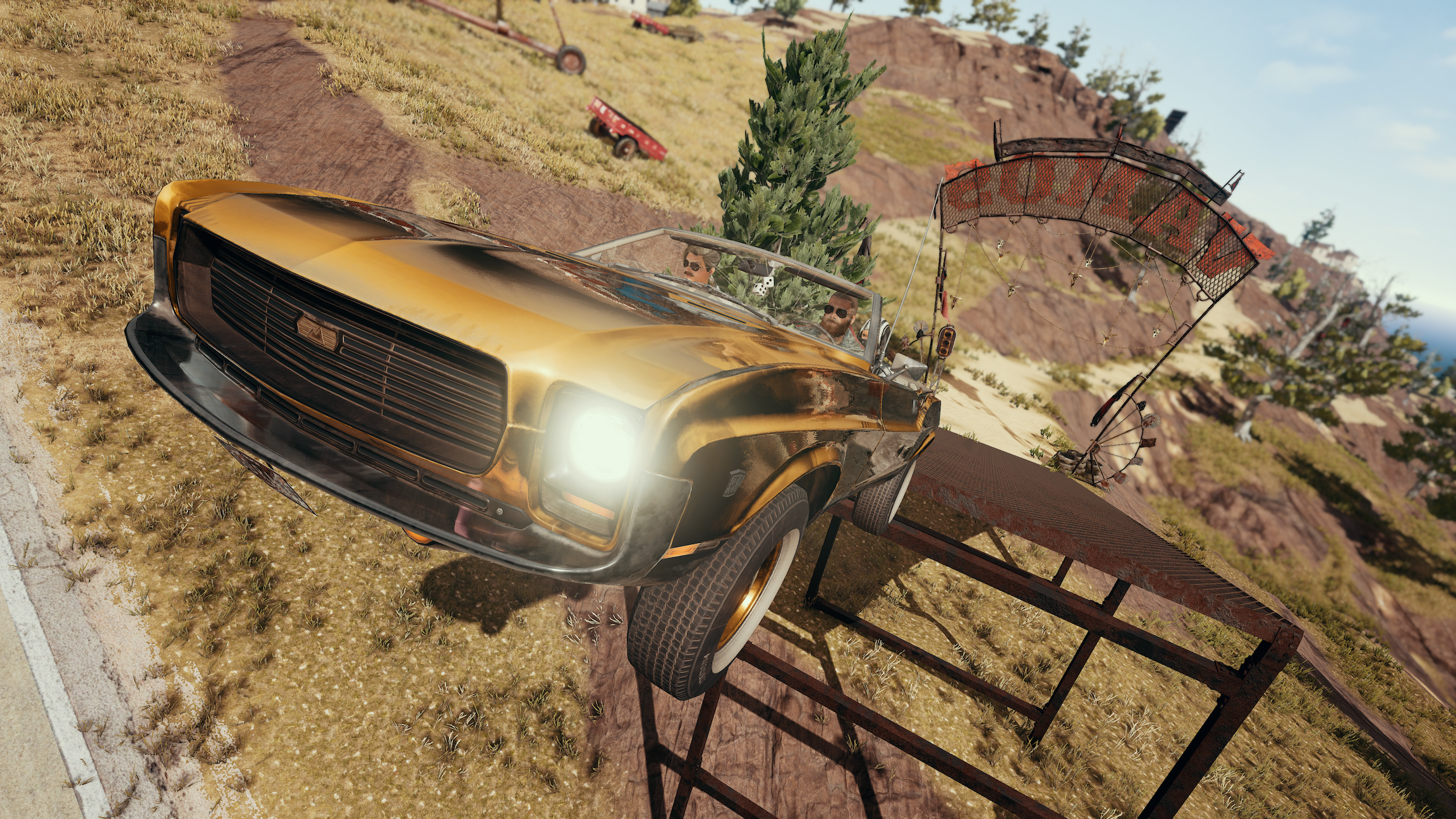 Console PUBG players usually have to wait a little longer than PC users for new content. But season five is already live on both PlayStation 4 and Xbox One, bringing all of the additions and changes made in the update.

This acts as a major improvement for the Miramar map, adding a race track, jumps, and other goodies for vehicles, as well as reworking things like loot and object placement. This will make the previously messy map much more balanced and it’ll bring a themed Survivor Pass that ties into the location.

Survivor Pass: Badlands adds new rewards, missions, and many improved systems that were the focus of community backlash in recent editions. One of those systems is the Community Mission, which will let all players—even if they don’t have the Premium Pass—help fill up a community accomplishment gauge that will give out in-game rewards.

The Community Mission gauge can be filled by finding objectives scattered around the Battlegrounds. These will be disguised as cardboard boxes that can contain several items that count toward the total.

These items are called Data Discs, which come in three types and all count toward the accomplishment gauge, which you can check in the Community Mission tab of the Survivor Pass:

New Challenge, Seasonal, and Progression missions were added along with more level-up items for Premium Pass rewards. The Survivor Title System also got a small rework in the form of the Novice to Expert ranks being changed to 5,000 Survivor Points. Anyone who surpasses 6,000 points will automatically be given the title of Survivor with no chance of dropping below that threshold.

Custom Matches are also finally available for users on PS4, meaning you can group up with your friends and choose from a large variety of modes and settings to enjoy privately. But this mode doesn’t support cross-platform play, so you’ll be limited to only playing with other PS4 players.

All of the 5.1 patch notes also carry over to consoles, bringing several improvements to the game’s user interface across the board and other fixes have been applied to common bugs.

You can read the full list of patch notes that came along with the season five update on PUBG’s official website. Some of the biggest changes include the updated loot, throwable melee weapons such as axes and pans, and the themed Win94 repeater rifle having a new built-in 2.7x scope.

All of these updated features are now live on PC, PS4, and Xbox, so get out there and race on the new Miramar track while you try to avoid the players who are actually trying to get their Chicken Dinner.