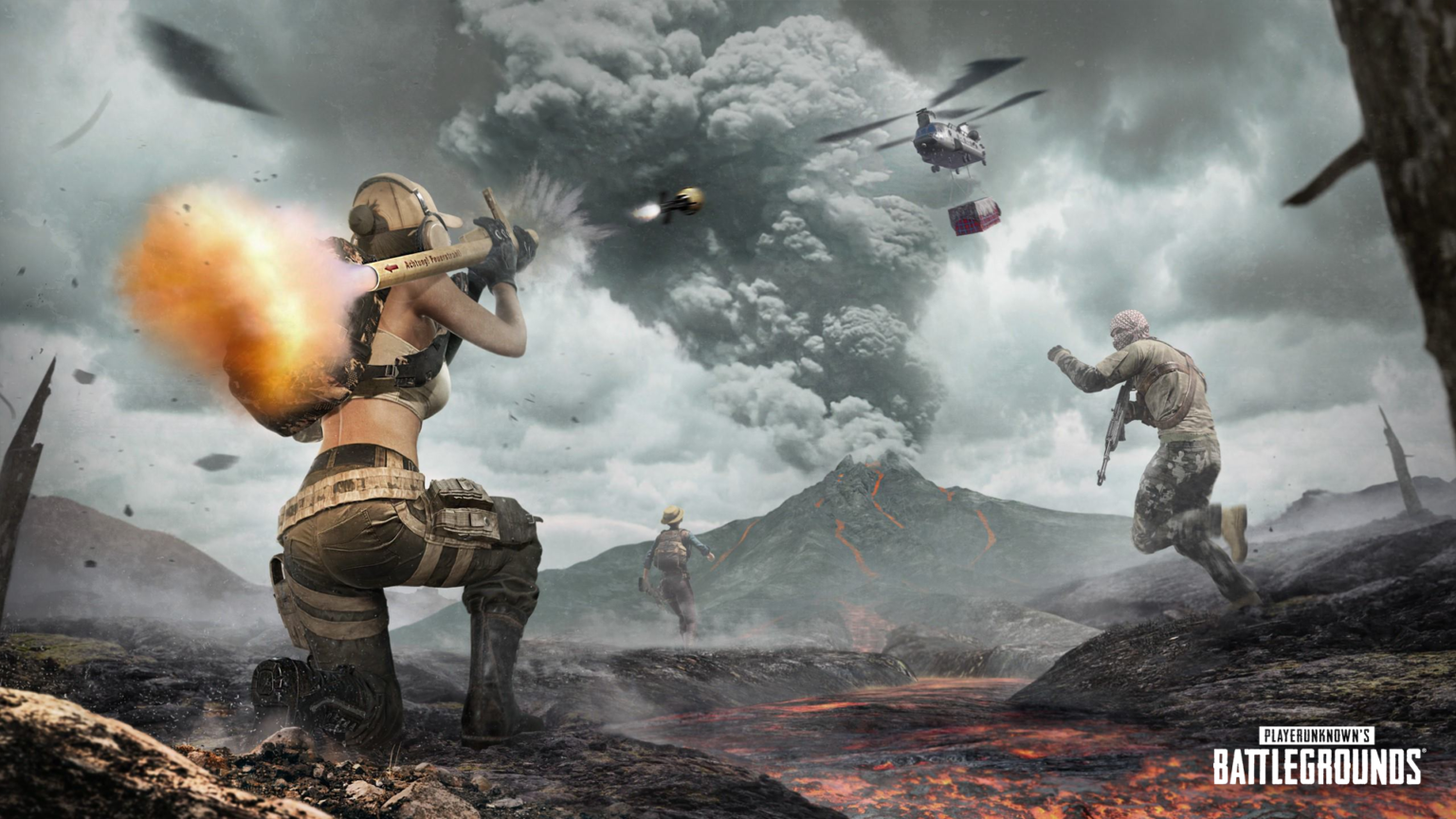 PUBG’s Patch 9.1 is bringing a slew of changes to the battle royale. It’s introducing a new seasonal map and Survivor Pass, changes to the ranked mode and regional matchmaking, weapon balance, quality of life changes, and more.

Season nine is now live on PC, bringing Paramo to PUBG. The map, hidden among the clouds in the highlands of South America, changes and relocates parts of its terrain every session, forcing players to adapt and make choices.

Here’s the full list of updates for PUBG season nine.

Cradled hidden among the clouds in the highlands of South America lies Paramo, an ancient land with ancient secrets. Paramo’s dangers are plentiful, but none so dangerous as the active volcano nearby whose molten lava streams flow across the land. Survivors dropping onto the Paramo Battlegrounds will only be able to reach the highlands via helicopter, which also have the task of distributing Care Packages around the field.

Due to the new dynamic map locations system, Paramo will be provided as a seasonal match separate from the current matchmaking pool.

Players will drop into the Battleground of Paramo from helicopters. During the match, these helicopters carry precious cargo across the map, with the plan of dropping it just outside the play area. Pay close attention and if you shoot enough rounds into a helicopter, you’ll force it to release the cargo early.

Ranked mode just got a little more solo-friendly with the introduction of ranked solo queue. You’ll now be able to take on the Ranked Battlegrounds against other solo players as you climb the competitive ranks.

A new ranked season has begun. Ranked rewards earned from season eight will be granted to your account upon login.

For the following regional modes, we’re lowering the minimum rank required to display on the leaderboards from Diamond two to Gold five:

This change has been made to ensure each region has a sufficient percentage of their player base displayed on the leaderboards.

This update to regional queues adds a Solo option to Ranked. In addition, we will now begin adjusting the available queues on a per region basis in an effort to deliver the best experience possible to each region.

When players go to select a game mode in either normal or ranked sections, they will see that the options that are available will be different. At a minimum, the changes will include the addition of a solo ranked option, but depending on region they may see different combinations of options available in terms of team size, perspective, and ranked/normal matches.

After the weapon balance adjustment from patch 7.2, we have been receiving lots of feedback from players on how Beryl and SLR are too strong compared to other weapons, and our data has shown that Beryl and SLR were indeed dominant picks among our players. The PUBG team is working on plans to allow players to feel freer to choose their weapons based on their surroundings or strategic goals.

With this 9.1 update, the devs will be making some adjustments to Beryl and SLR.

G-Coin has been introduced to PUBG. G-Coin will function as the new currency for PUBG purchases.

Survivor Pass: Highlands loads you up with the looks you need to explore Paramo’s mysteries. Unlike previous passes, Highlands will run for a reduced duration of 2 months but is also easier to complete with only level 50 needed to receive all its rewards. Drop in early to hit the ground running and claim your great Paramo-themed rewards.

Along with general navigation bar upgrades, the devs have also revamped the in-game store for a better experience. Rather than simple crate images, now item sets are displayed with unique key art.

The structure and layout of the customize menu has been revamped. Categories have been combined to provide quicker and easier navigation.