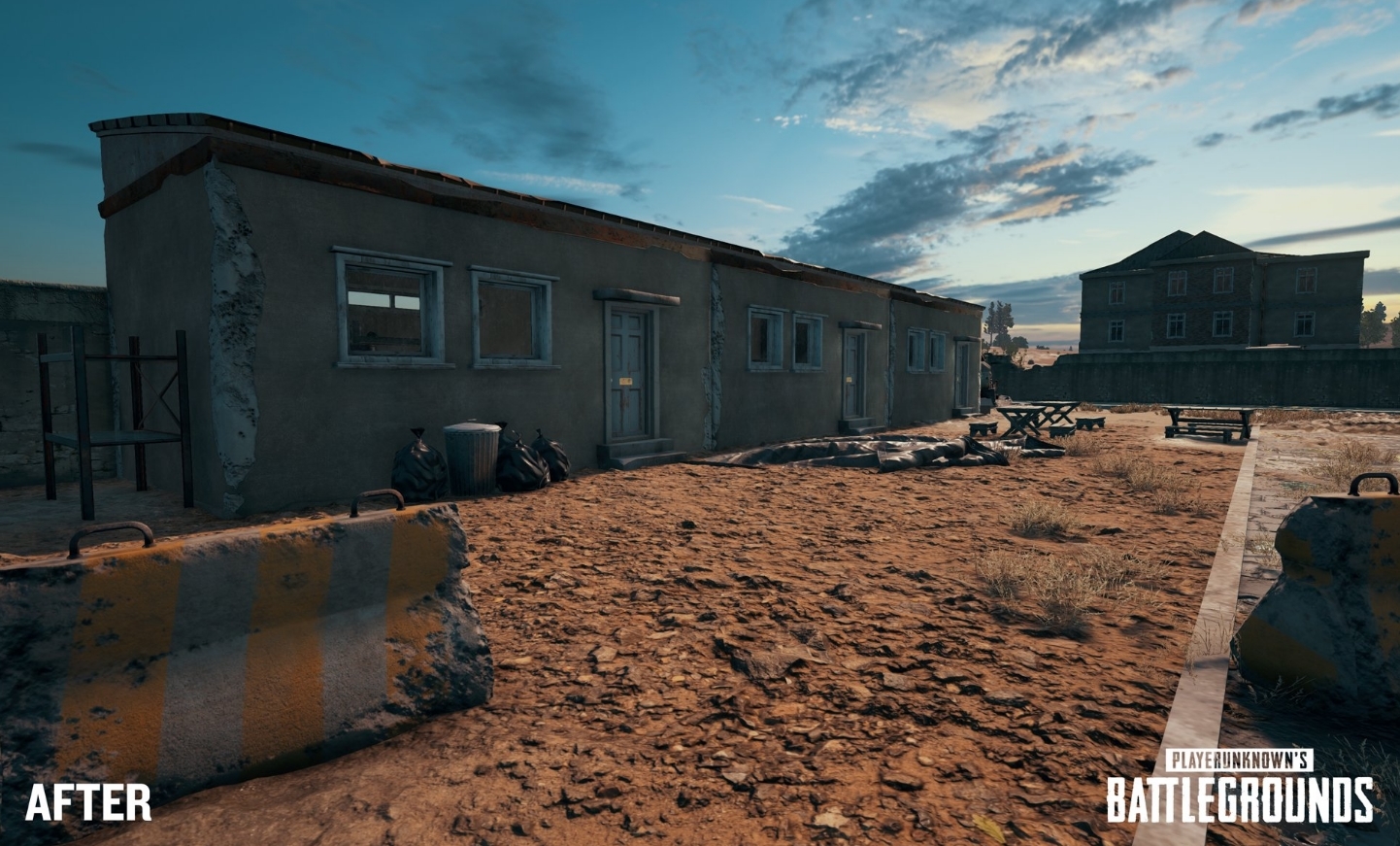 Greene posted these images on Twitter after speaking at a conference at the event this morning, and it shows before and after shots of some familiar spots on PUBG’s Erangel map.

You can clearly see that the terrain is more detailed in the after shots. The ground has more of a three dimensional texture, and overall just looks a bit better than the before shots.

This new tech would add to a long list of upgrades that the game has seen since it entered early access in March, including a slew of bug fixes and optimizations, and content additions like new weapons and first person-only servers.

Greene was sure to mention that the new terrain is a work in progress and there is no estimated time of arrival just yet. But it will most likely be coming some time this year.

PUBG is still scheduled for a full release in 2017, and is set to be available on the Xbox One in the same timeframe.