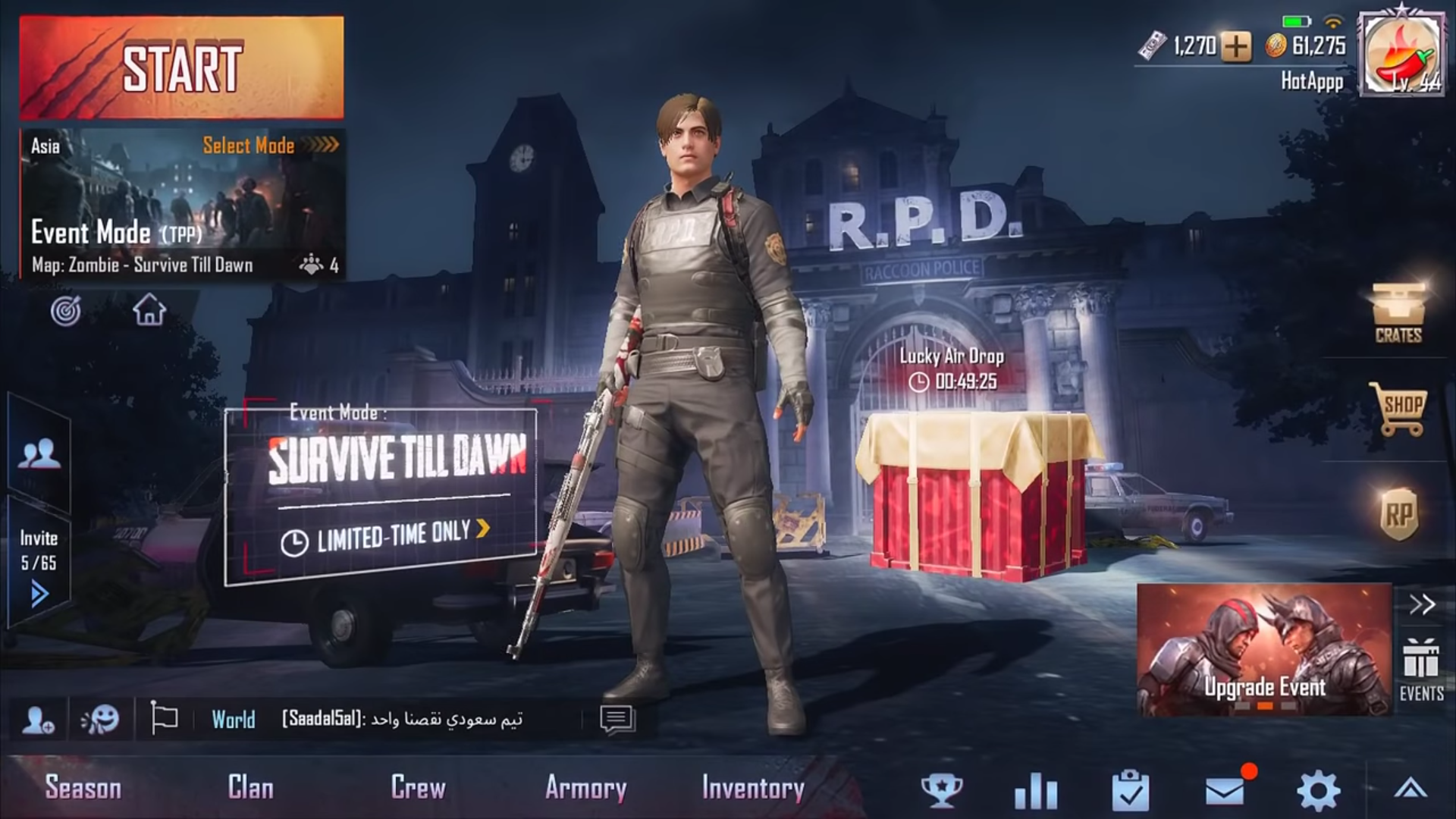 The highly anticipated update 0.11.0 is now live across the board for PUBG Mobile players and with it comes a large amount of important changes and new content.

The biggest addition to the game is the crossover with Capcom’s Resident Evil 2 that rebranded from “Sunset” mode to “Survive Till Dawn” and will be available for a limited time.

In this mode, players will have to survive not only against the other players but also against creatures like zombies and The Tyrant from RE2 over three in-game days. The newly added creatures drop loot for the player to collect and will be much more prominent during the nighttime phase of the game.

Along with the actual mode, the PUBG Mobile main menus got an RE2 themed redesign. It now features one of the titular characters, Leon Kennedy, standing in front of the Racoon City Police Department.

The redesign also includes music to make the menus and gameplay feel much tenser and give a more horror game feel. You can also get in on the Pandemic Treasure event which will give players costumes themed off of RE2.

Moving onto the actual updates to the traditional PUBG game modes, a few maps got some new features.

The snowy battlefield of Vikendi now has a moonlight mode and Sanhok is now available in through the arcade’s quick match mode.

Players can now pair up with friends through the new Player Space feature. Player information and connections will be easily displayed here, allowing players to pair up with a synergy of 400 or more.

To celebrate the game’s launch anniversary, there are special anniversary items available through the Anniversary Treasure event and in the shop. Those items include emotes, avatars, and frames.

A few new titles like “#1/100” and the temporary “Survivor” were also added into the game.

Low-end or older devices will now be able to run the game a little smoother after the developers patched out some terrain display bugs and match records and results will now be kept for a month before being cleared.

This update for PUBG Mobile went live the same time as Update 26 for the PC and console version of the battle royale game was released.

It is unclear when the limited content will be removed from the game, but the timetable will likely keep it running well into March.