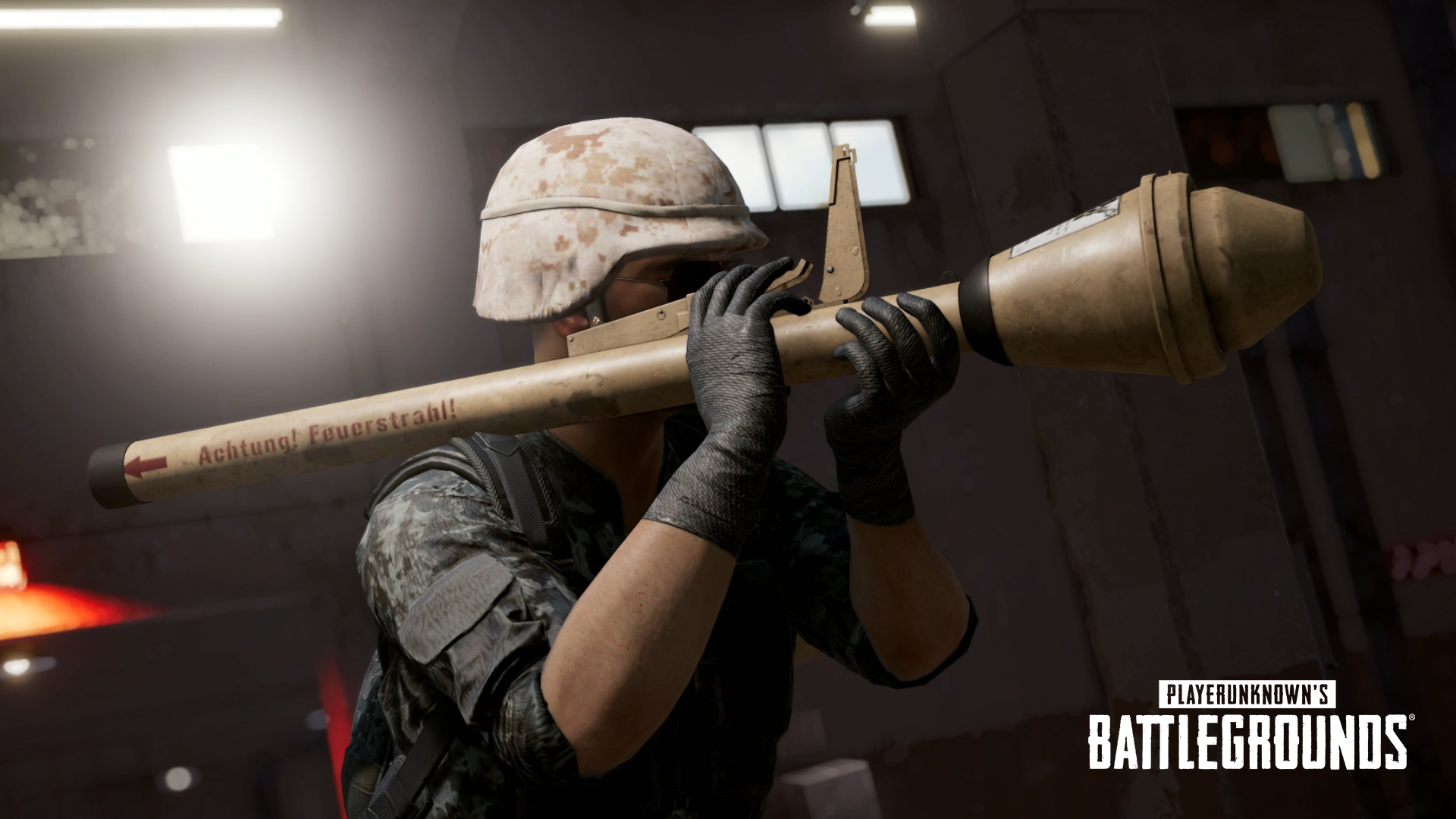 The powerful boomstick is available in the game’s upcoming 6.3 update and is now in testing on the PTS. It will only be available on the game’s newest map, Karakin.

The Panzerfaust is an uncommon world drop found across the map, but it’s guaranteed to be in every air drop on Karakin. It’s a powerful gun with some big drawbacks.

It will take up the primary weapon slot in the player’s inventory, so it limits options in that regard. It’s also a one-time use, meaning it can be fired once and then must be discarded.

The rocket has a backblast, dealing damage up to three meters behind the weapon when it’s fired. This means teammates should be careful. And if it’s fired too close to a wall, it’ll really hurt.

PUBG’s 6.3 update also contains a bunch of weapon changes, quality of life improvements, and bug fixes. The full patch notes can be read on PUBG’s website.