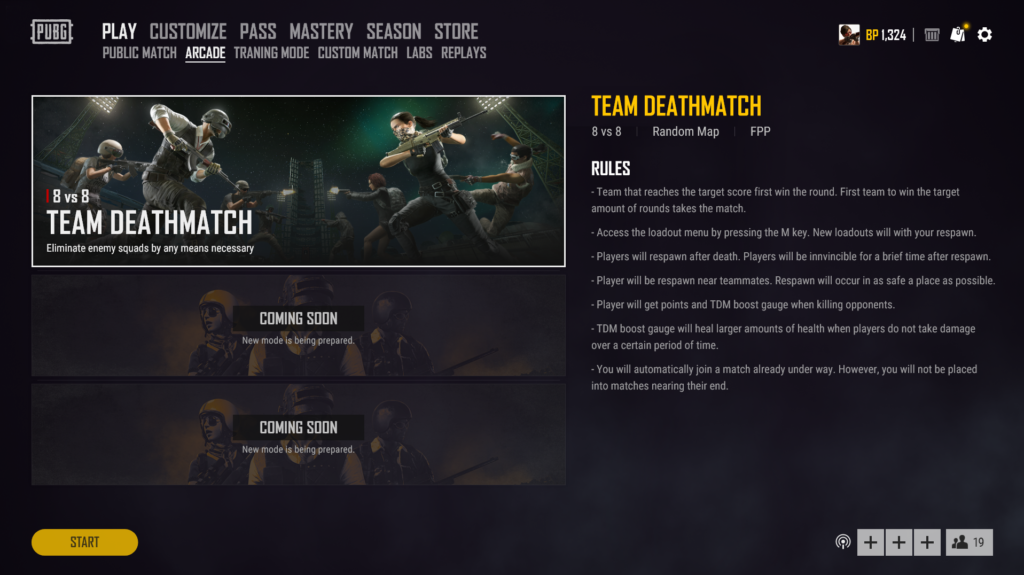 The classic mode of team deathmatch is coming to PUBG in update 6.2, PUBG Corp. announced.

The eight-vs-eight mode will be played on seven different battlefields pulled from different locations from PUBG’s maps, including Stalber from Erangel, Podvosto from Vikendi, and more.

It will function as a normal team deathmatch mode, meaning respawn is enabled, players will select spawn kits as loadouts to fight with, and it will be in first-person perspective only.

The first team to rack up 50 kills or the team with the highest amount of kills after 10 minutes will win the round. Two round wins will secure the match victory. Team deathmatch will also reward BP for individual performance in each game.

PUBG Corp. says it plans to add new battlefields to the mode in the future and that it will be following feedback for ways to improve it. Other game modes will join PUBG’s Arcade in the future, too, “blending PUBG’s unique gameplay into thrilling new experiences.”

There’s no official release date set for update 6.2 yet. The official ruleset for PUBG team deathmatch is as follows: