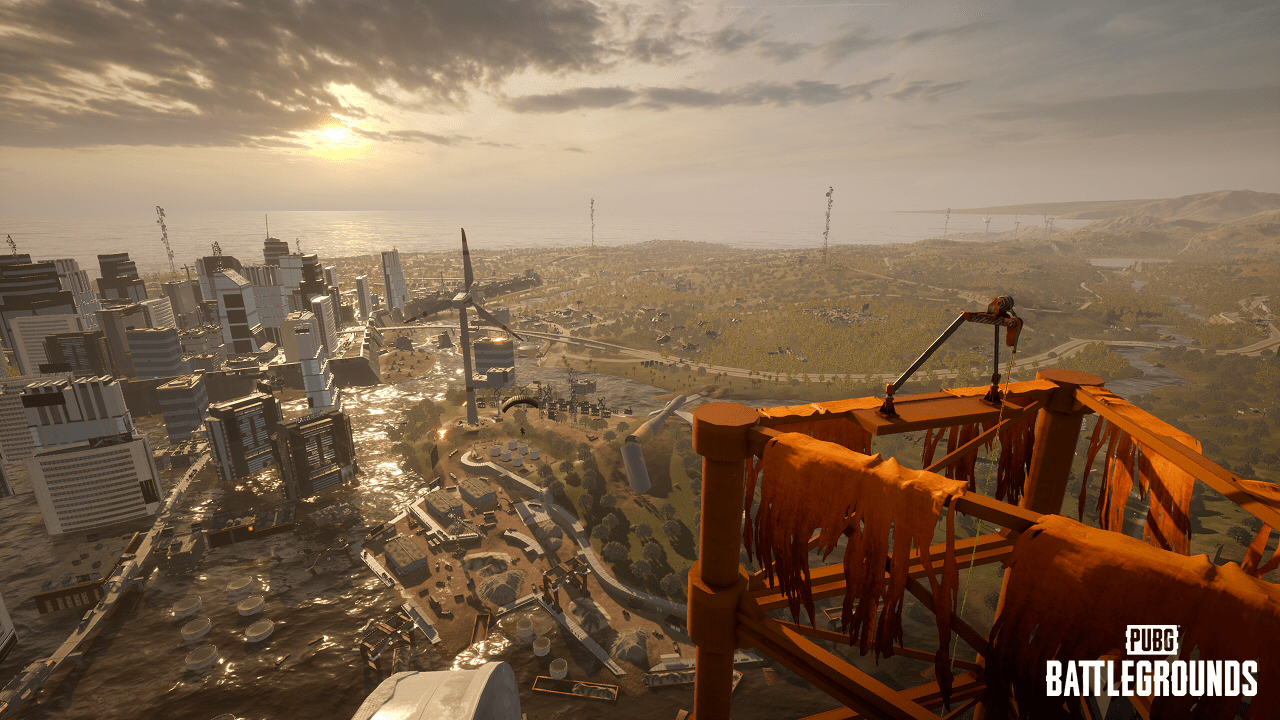 As reported by Polygon, Deston is PUBG‘s first new map since the game became free-to-play in Jan 2022. The map is available now for PC players and will come to console on July 21. Before the launch, PUBG Studios released a trailer showing off the map, which features a mix of urban and natural settings. Part of the map is submerged thanks to a recent hurricane, giving players new environmental obstacles to fight around.

Deston aims to encourage players to think about verticality thanks to a new skyscraper that’s officially the tallest structure in PUBG. To help with heights, players can take advantage of a new piece of technology known as Ascenders. These zipline-like tools can instantly transport players up and down skyscrapers, including the new tallest building.

Alongside the new map, the Deston patch includes a host of updates. New vehicles include the Pillar Car, which can quickly move players to different areas on the map, and the Airboat, which can travel over both land and water. There are also two new guns: the 012, a rapid-fire shotgun, and the MP9, an SMG that comes standard with a suppressor and laser sight. While the game and the update are free-to-play, interested players can purchase the Deston Survivor Pass, which grants access to a variety of unique character and weapon skins.

Deston is live now for PUBG players on PC. It will arrive on console on July 21.