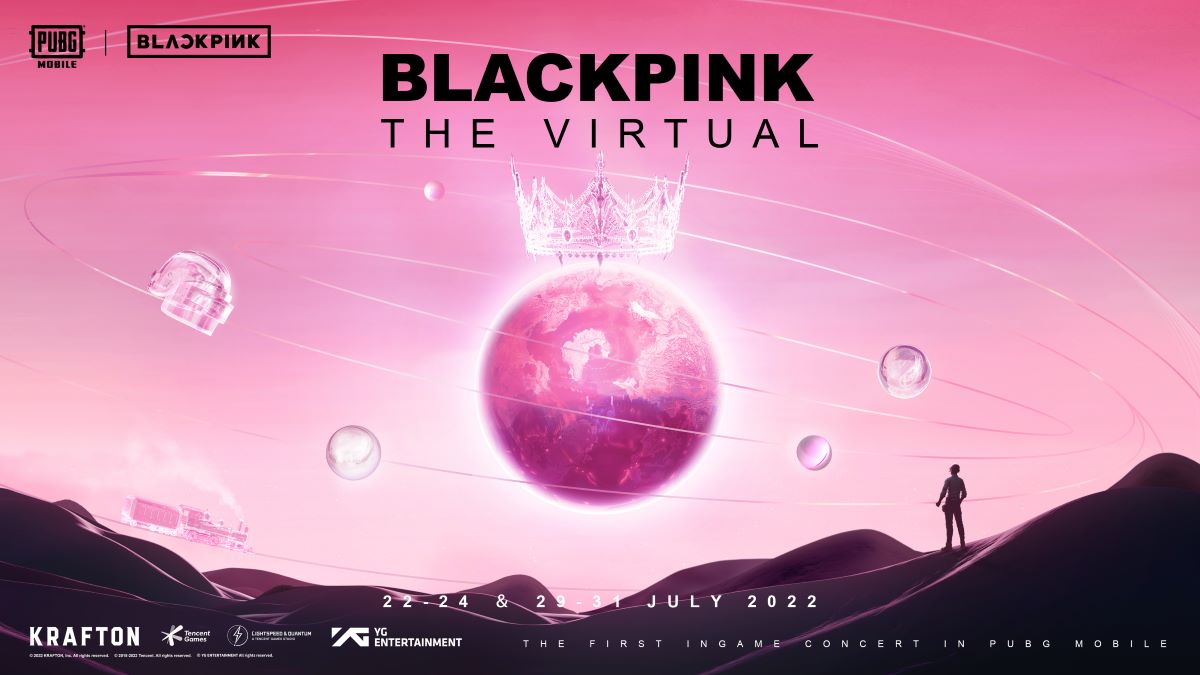 Renowned artists from the music industry have been venturing into collaborations with game developers. And these come in different forms, like creating a Fortnite skin based on Bruno Mars, as well as Riot Games making Imagine Dragons’ song “Warrior” the official theme song for Worlds.

But virtual concerts in video games are the real deal. These just make the in-game crowd go wild while enjoying the game’s setting being turned into a stage. Examples of these include 2020’s Fortnite virtual concert featuring Travis Scott, which drew over 10 million viewers on a global scale.

This July, probably one of the biggest in-game virtual concerts will take place. PUBG Mobile announced that K-pop girl group BLACKPINK will perform in the game itself. Called “The Virtual,” the K-pop sensation with almost 30 million followers on Spotify will be doing the concert over two weekends: one on July 23 and 24, and the other on July 30 and 31. North and South American fans, on the other hand, may watch it on July 22 and 23, and July 29 and 30. The exact start times for the concert are yet to be revealed.

How to watch the PUBG Mobile BLACKPINK concert

If you want to watch The Virtual, all you need to do is to download PUBG Mobile before July 15. The game is free-to-play, so it won’t cost you anything to grab it from either the Google Play or iOS store. A concert resource pack will be given to players by July 16. Krafton is still not giving out many details about this package, but it will likely include the in-game concert ticket.