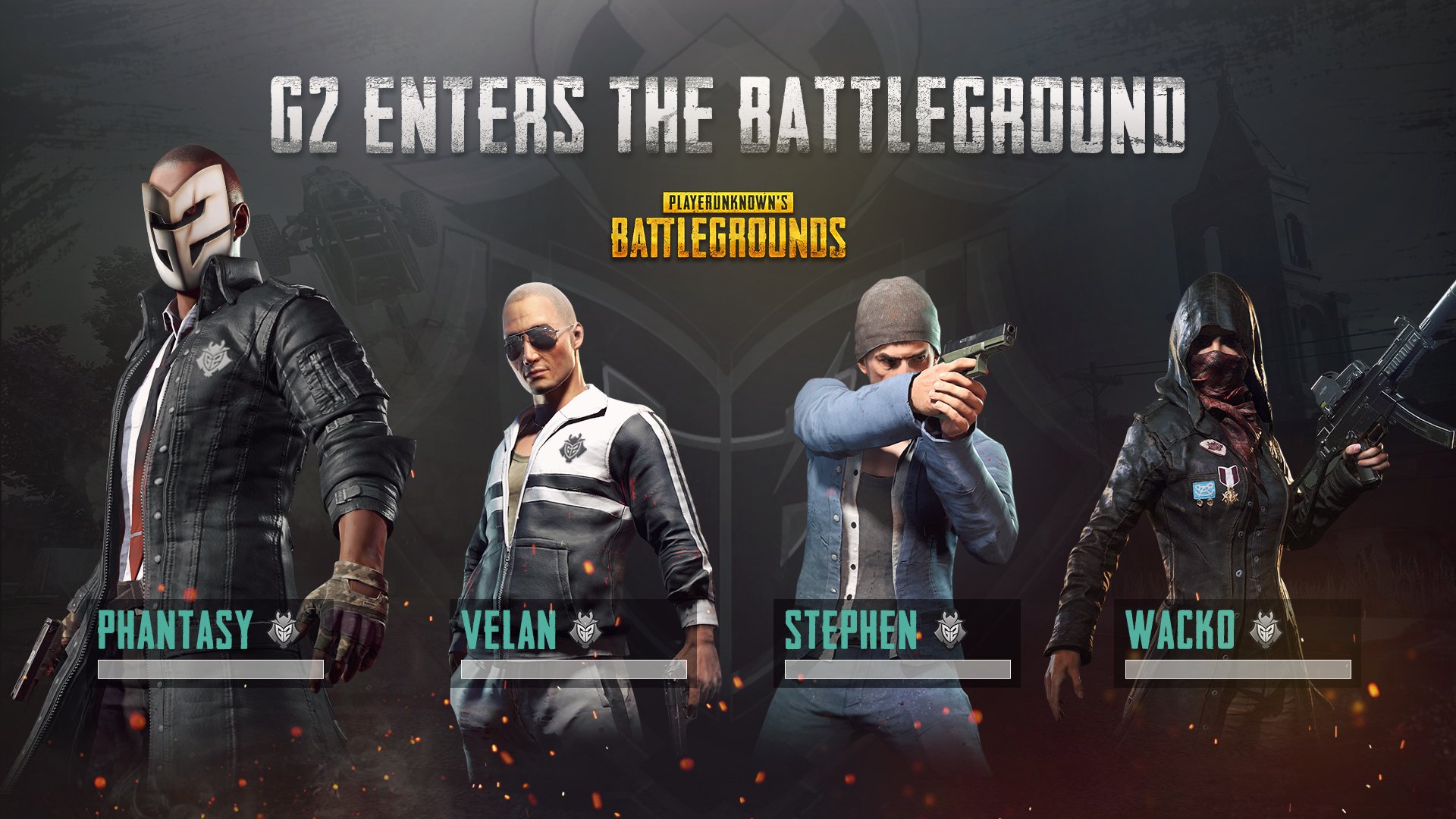 G2 Esports is the latest organization to throw its hat into the PlayerUnknown’s Battlegrounds ring, announcing a brand new roster in the burgeoning esports title.

The team is led by captain Mark “Phantasy” Pinney, and includes Stephen “Stephen” Phillips, David “Velan” Velan, and Jack “Wack0” Middleton. Phantasy and Stephen got their starts in Call of Duty on PC, while Velan and Wack0 have most recently played competitively in Overwatch.

“PUBG is a game that rekindled the fun in modern shooters,” said G2 brand manager Jakub “Lothar” Szygulski. “Alongside fun comes the competitive aspect and G2 knew from the beginning that this game will take off. With that in mind we started looking for a team very early on but it took us a while to find the best possible fit for G2—hard working, skillful and hungry for success. I personally can’t wait to see our team perform in all the future tournaments but also create content for the organization and participate in G2 events.”

PUBG’s next big event is next month’s IEM Oakland PUBG Invitational, set to take place Nov. 18 and 19. If G2 is not one of the five invited teams left to be announced and they still wish to participate, they will need to qualify in the online qualifier, which takes place Oct. 28 and 29.

“PUBG has grown excessively over recent months and although the competitive aspects of the game are still developing we are thrilled to be representing G2 moving forward,” said Phantasy. “Our team consists of highly skilled players who are passionate and motivated to succeed and with support from an organization that shares the same values such as G2 we are very much looking forward to the future.”

G2 has teams in a number of esports titles, including League of Legends, Counter-Strike: Global Offensive, Rocket League, and Paladins. PUBG’s popularity seems like a natural progression for the organization.