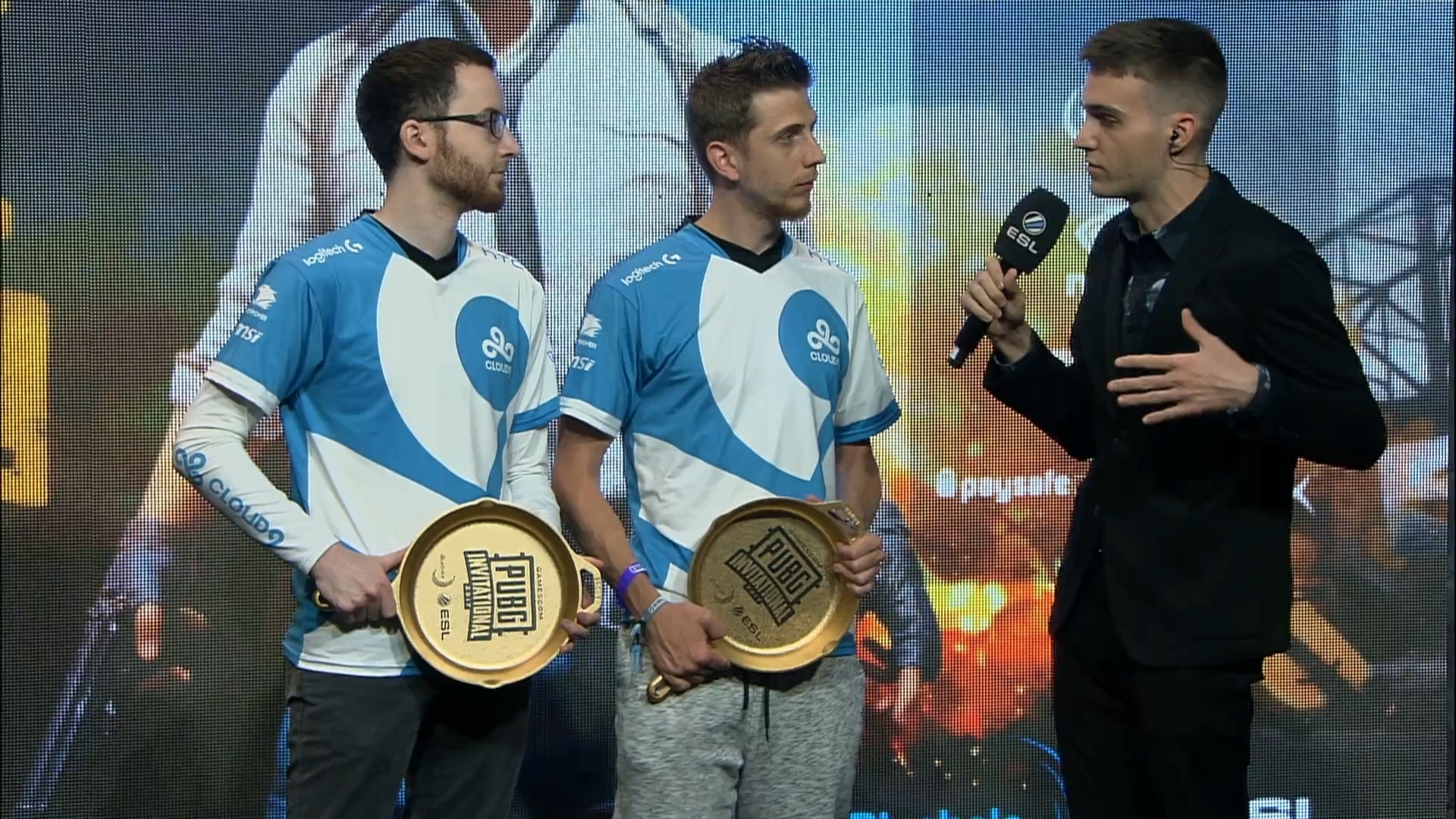 In what was probably the best day of spectating for ESL’s gamescom PlayerUnknown’s Battlegrounds Invitational so far, half of Cloud9’s PUBG squad took home the grand prize.

Justin “Chappie” Andrews and Alexandru “SolidFPS” Cotiga were at the top of the scoreboard when the dust settled after three long games, and went home with a hard-earned $30,000 as well as golden frying pan trophies.

Chappie and SolidFPS were able to win the second of three games on the day, as they placed well enough and killed enough players in the other two games to finish at the top of the leaderboard and beat out 39 other teams to win the big one.

The playstyles of the games definitely seemed to favor the first-person perspective when compared to the third person games from the first two days at gamescom. When limited to first person, players are unable to peek around trees and buildings and must balance caution with aggression as their field of view presented a more spectator-friendly experience overall.

While first person in PUBG is still new and not quite perfect, it seems pretty clear that spectators, as well as most players, prefer it to the third person option, which leads to less interesting engagements and lots of camping.

At the end of the broadcast, PUBG community manager Sammie “PoopieQueen” Kang came on to apologize for numerous errors and mix-ups throughout the first two days of the event. She was open and clear that Bluehole has made mistakes and will fix them going forward, but that the event was built for the community to celebrate the game and its players.

The first two days of the event were indeed rough, and the first person Duo segment had its share of technical issues as well. There were numerous delays and restarts to every round of the games today due to players not connecting or joining the others in the spawn airplane, and it ruined a bit of the flow of the games.

But overall, it seems like the streams have gotten a bit better over the course of the event. With a brand new esport that’s still in early access, bumps in the road are to be expected.

ESL and Bluehole can take what they’ve learned in the first three days of the event and apply it to the final tournament of the Invitational tomorrow. It’s the big one—four-player Squad games, with a $180,000 prize pool.