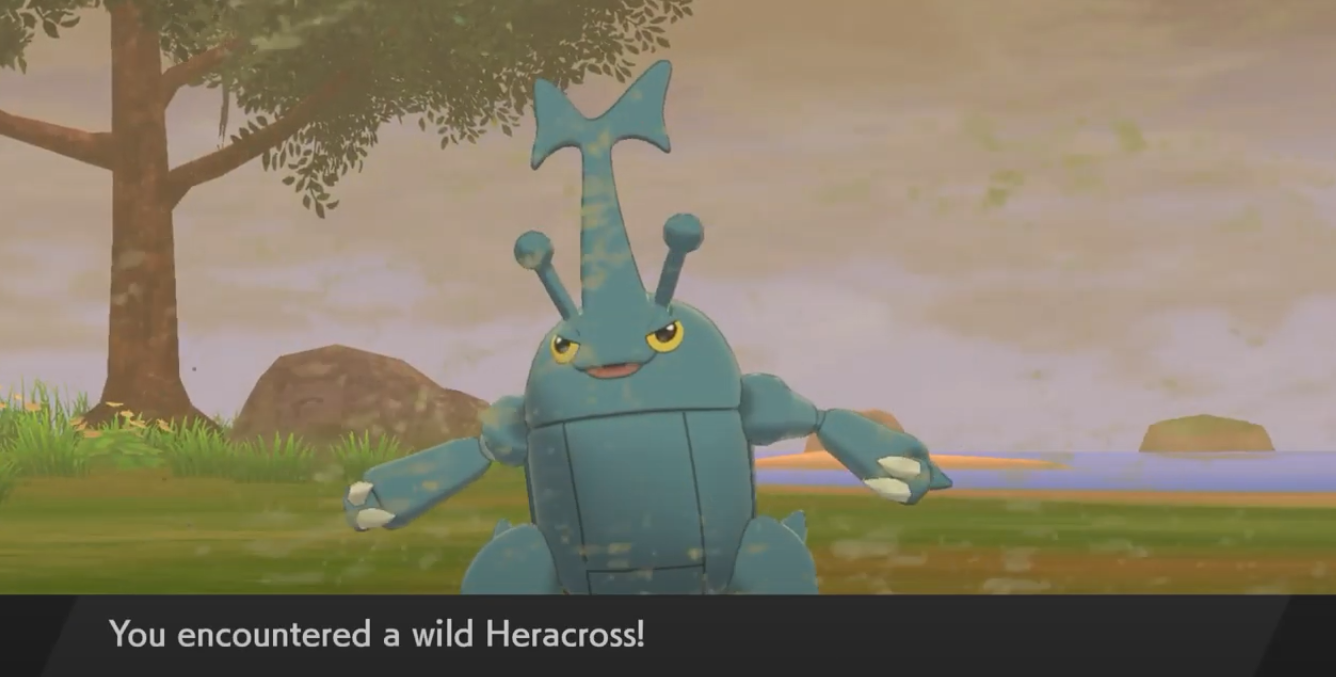 Two of the most popular Bug-type Pokémon have made a return in Sword and Shield’s Isle of Armor expansion, and you can find both of them in the same area.

To find Scyther and Heracross, you will need to head North from the Master Dojo and toward the Training Lowlands to the left of the Tower of Darkness.

Once there, you should be able to see Scyther and Heracross roaming the Wild Area in and near the grass. Both Pokémon don’t mind being out in all kinds of weather, so all you need to do is enter the area and look around to find the dual-typed bug duo.

Heracross is a powerful Bug/Fighting-type that fits in perfectly on the Isle of Armor with its thick shell and affinity for battling it out at close range. Meanwhile, Scyther can now be evolved into Scizor using a Metal Coat and trading with a friend, which will give it tough, steel armor and an increased Defense stat.

It appears that neither Pokémon will show up as a static Wild Area encounter, so you will need to browse the entire Training Lowlands until you find them. But neither should give you much trouble outside of a relatively low encounter rate since they are rare spawns.

Scyther will fly towards you to engage in battle, while Heracross won’t necessarily charge out of the grass to clash with your team. Either way, they make great physical attackers and have some solid coverage that can help your team conquer the Isle of Armor.