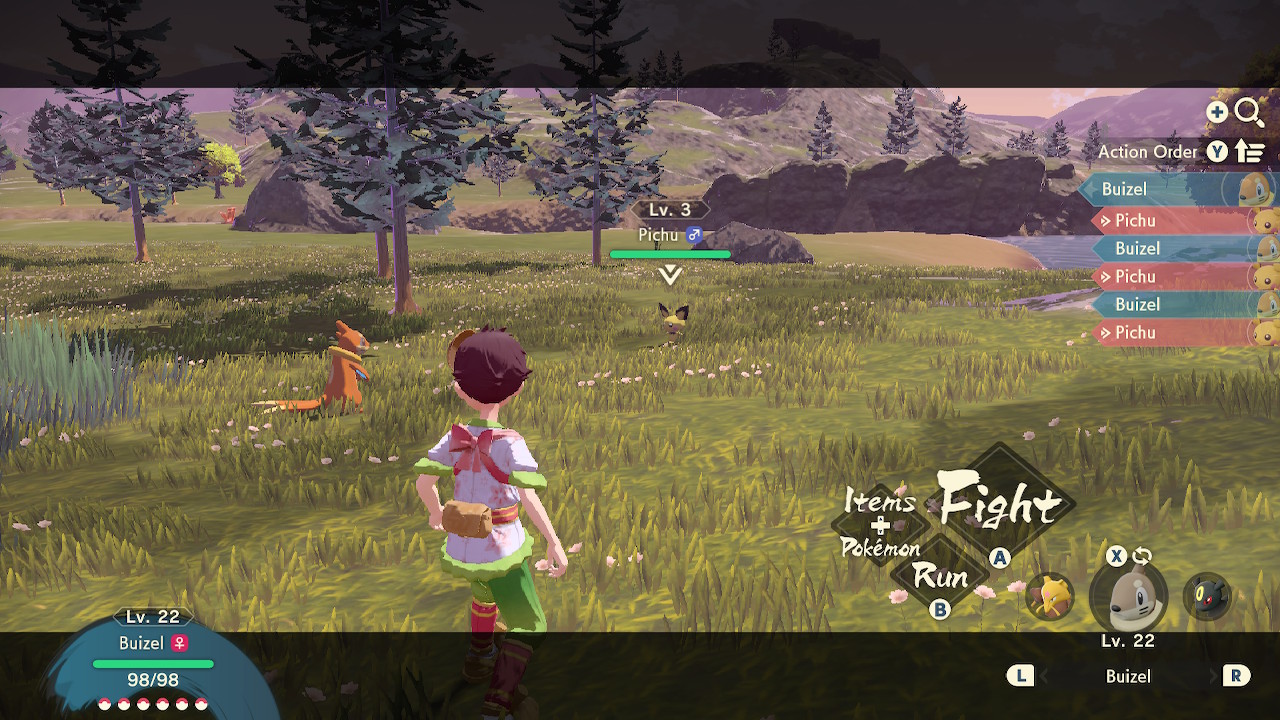 Many Pokémon from previous entries in the Pokémon series call the Hisui region home in Pokémon Legends: Arceus, including some of the most recognizable creatures. Among the Pokémon that players can find is the Pichu line, including both of its evolutions, Pikachu and Raichu.

Pichu, the Tiny Mouse Pokémon, debuted in Pokémon Gold and Silver as the pre-evolution to the most famous Pokémon in the series, Pikachu. It’s part of a class known as Baby Pokémon, each requiring players to complete specific tasks to evolve them into their more powerful forms.

Players won’t have to wait long to get their hands on their very own Pichu in the Hisui region, though. It can be found in one of the first areas of the game. When venturing out of Jubilife Village into Aspiration Hill, players should hug the rightmost path as far down as they can, passing the area in which they can find an Alpha Luxio. Following that path directly south will lead them past a field of Shinx and Wurmple where, laying by the river bank, they can find a Pichu.

It has an incredibly low appearance rate and is quick to flee, however, meaning it may take some tries before it can be successfully added to your team or even to complete its page in the Pokédex. Pichu is also one of the many Pokémon whose appearance rate is affected by the time of day. Players will only be able to find the Tiny Mouse Pokémon during the day in this location.

To evolve Pichu into Pikachu, players must maximize their friendship with the Electric-type Pokémon. From there, simply using a Thunder Stone will evolve Pikachu into the powerful Raichu, giving it access to a wider movepool that can be relearned through Zisu in Jubilife Village.