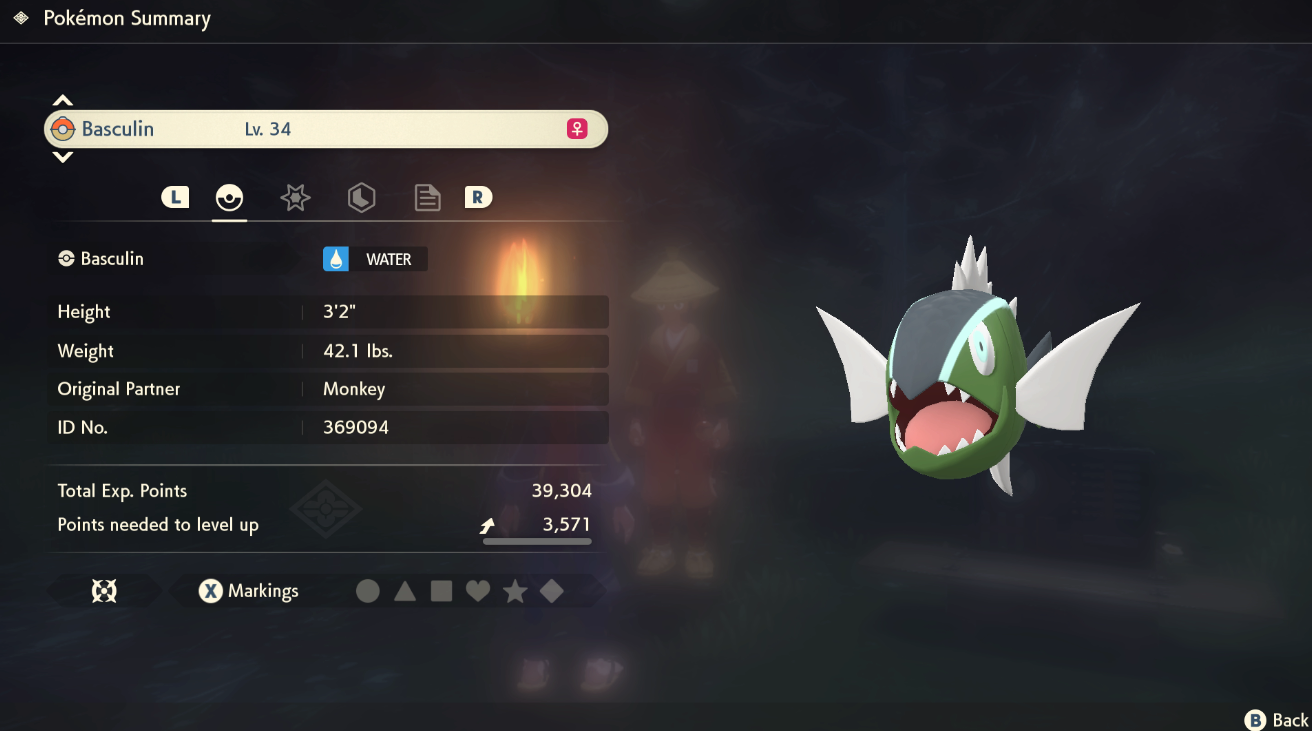 Many Pokémon from previous generations are back in Pokémon Legends: Arceus, but some have received new forms for the region.

The gen. five water-type Pokémon Basculin is back as a new form specific to the Hisui region. While Basculin isn’t typically the most popular Pokémon, players will want to catch its Hisuian version so they can add to their party one of the new additions debuting in Legends: Arceus, Basculegion.

Basulegion is a Pokémon that players will get familiar with as it is typically used to traverse water during your adventure in the game. While you’ll get one for that use, to use Basculegion in combat you’ll first be required to capture and evolve Hisuian Basculin.

Where to find Hisuian Basculin

Hisuian Basculin is a Pokémon that most trainers are going to want to catch during their adventure as it’s the only way to acquire Basculegion. Fortunately, there are multiple places you can find Basculin, making it an easier catch than other Pokémon.

The first place that you’ll encounter Hisuian Basculin is along the Cobalt Coastlands, within Tranquility Cover and Islespy Shore. You’ll need to traverse the water to battle and capture against the Water-type Pokémon.

Other places that you can catch this Pokémon include Coronet Highlands’ Fabled Spring, along with Alabaster Icelands’ Lake Acuity, and Heart’s Crag.

Once you’ve caught yourself a Hisuian Basculin, evolving it into Basculegion is a simple process that will require you to take 300 recoil damage in battle.