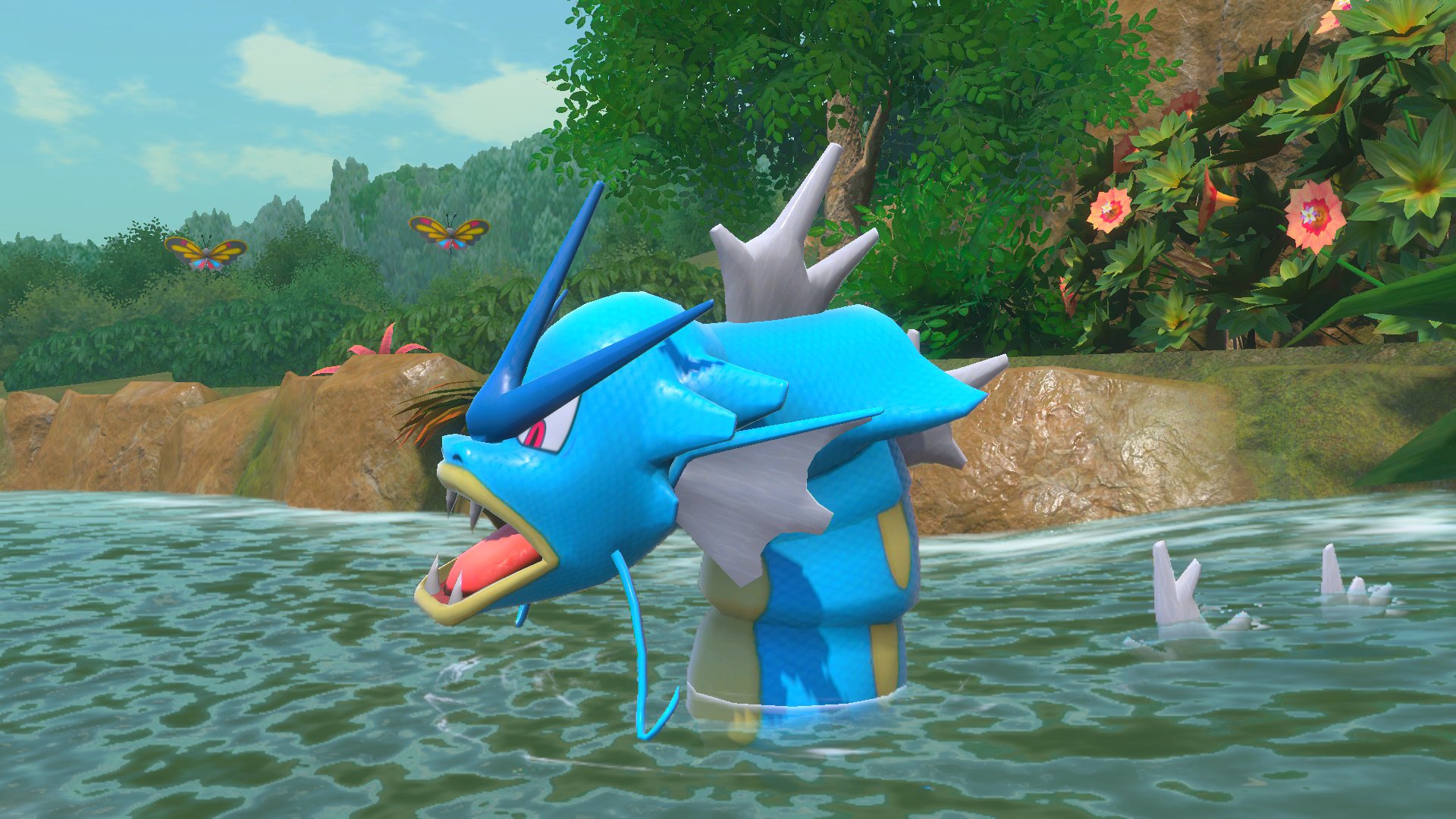 When New Pokémon Snap launched earlier this year, there were plenty of fan-favorite Pokémon missing. But some are making their first appearance with the latest 2.0.0 update.

Two completely new zones were introduced, as well as a unique side path for an already existing area. One of the most anticipated aspects of the new Mightywide River zone though has been the appearance of Gyarados.

You’ll be able to score some pictures of this majestic water-type creature by venturing into the new area. You’ll need a keen eye to make sure you don’t miss it, however–or this guide.

You won’t be able to find Gyarados until you’ve unlocked the second part of Mightywide River. Upon booting up the new zone, you’ll want to head out and snap some pictures of the other new species inhabiting the space.

Once you’ve unlocked the second level to Mightywide River, here’s what you’ll need to do so that Gyarados makes an appearance.

Now that you know how to get Gyarados to appear, you’ll be able to work towards getting the very best images of this Pokémon that the Lental Region has to offer.