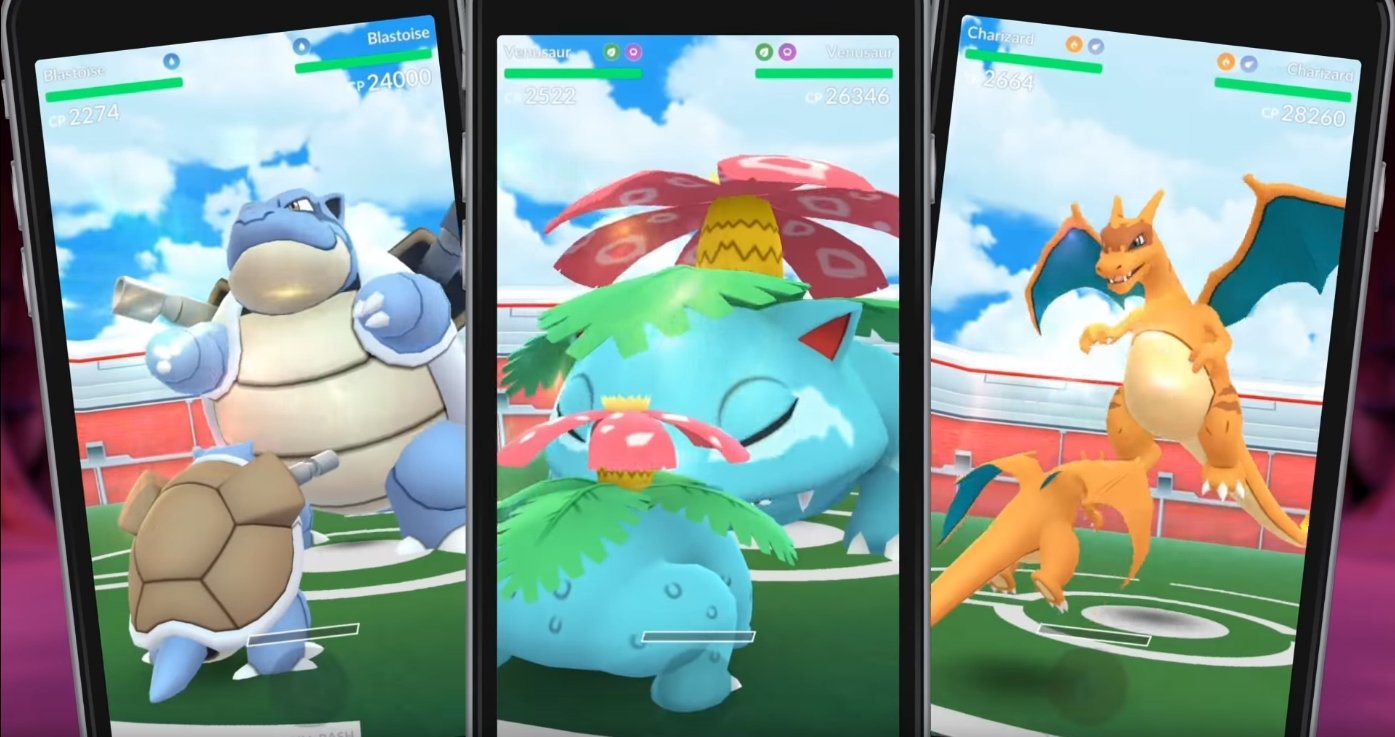 Pokémon Day is Feb. 27. In celebration, some cool new Pokémon have been added to Pokémon Go, including some familiar faces from the original Pokémon movie.

But while Armored Mewtwo was already available once before, the clone versions of Charizard, Venasaur, Blastoise, and Pikachu haven’t been included in Go prior to the ongoing event that began today at 3pm CT.

These clone Pokémon were originally created by Mewtwo to combat Ash and his friends in Pokémon: The First Movie and are basically just slightly different looking versions of their original counterparts. Although they look different, there’s no difference in stats or anything, making the new Go clones the equivalent of exclusive Shiny forms.

How to catch the clone Pokémon

The Pokémon Day event will run from today until March 2 at 3pm CT, with the cloned version of Charizard, Blastoise, and Venusaur all appearing in four-star raids during that time period. There’s no other way to obtain these Pokémon outside of the raids and it’s unknown if they’re tradeable.

Since there are no type differences or any other changes, you can use your knowledge of the Kanto starters to take them down and try to capture them.

The clone Pikachu won’t be appearing in raids at all, but you can still find and capture it during the event. All you need to do is use the photo mode in the Pokémon Go app to snap some pictures of your favorite Pokémon.

Similar to how you can find a Smeargle, the clone Pikachu might photobomb your snapshot, giving you the chance to interact with it and attempt to add it to your collection. Once you see it, you’ll simply need to exit out of the photo mode and the clone Pokémon should spawn right next to you, letting you initiate a standard battle.

You can also encounter Armored Mewtwo in five-star raids during the event. Make sure you catch all these exclusive creatures before March 2 at 3pm CT, because after that, they’ll all be gone until the next time Niantic decides to dust them off.

An additional, exclusive raid event for Armored Mewtwo will also be held on March 1 from 2pm to 5pm CT. That will be your best chance to capture the alternate form of the legendary Psychic-type Pokémon.