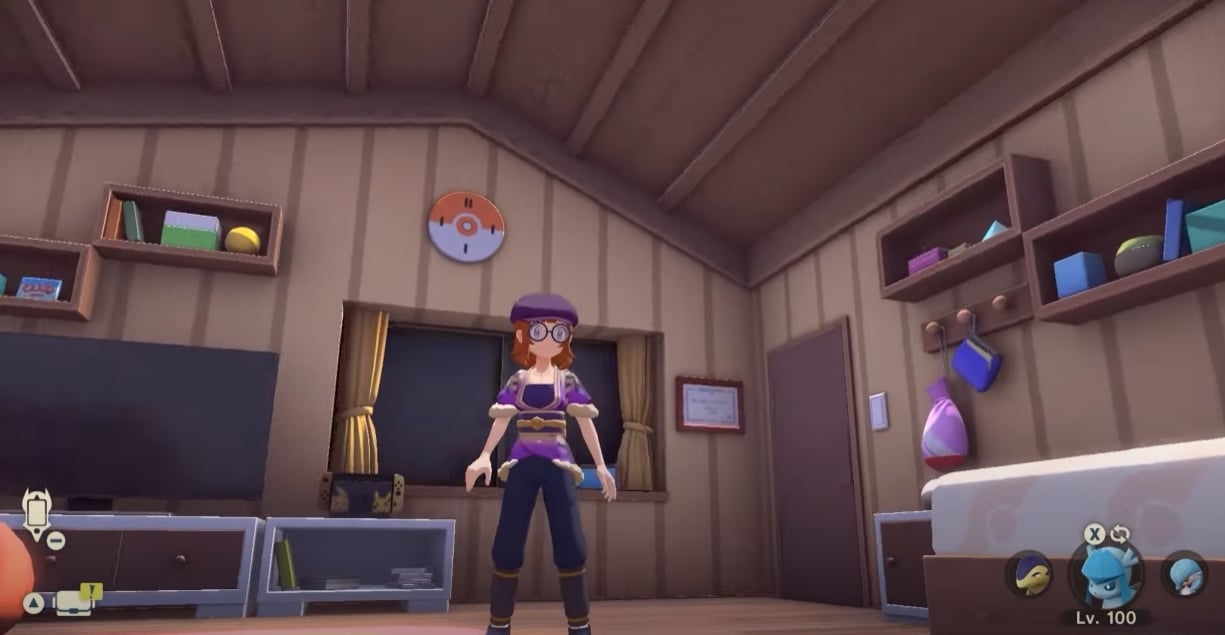 Players have been digging through and messing with the internal data of Pokémon Legends: Arceus since the game leaked ahead of its official launch. That includes manipulating the map and other models within the game through the use of third-party mods and software on PC.

Now that the game has been out for a few weeks, one user found portions of an unused map within the game and was able to access a previously unused room that has a distinctly modern aesthetic.

DeepGameResearch first posted images and video of their player character exploring what looks to be a room similar to that in which a player would normally start in when they first boot-up a Pokémon game. Legends: Arceus ditched the usual method of starting players out and had them instead falling through the void of space-time to arrive in the Hisui region.

The map is not included in any out of bounds area within the current Legends: Arceus build but was instead found within the game’s additional files and textures, according to DGR. Using several third-party methods, she was able to force the unused portion of this separate map to load, giving her access to it in the game, though without any real interactivity beyond the visual assets.

Within the room, players can see modern pieces of tech, such as a limited-edition Pokémon: Let’s Go, Pikachu! and Let’s Go, Eevee! Nintendo Switch. And the room does share a similar layout to the starting room from Diamond and Pearl, which Legends: Arceus is somewhat of a sequel to.

DGR said the “modern” player room is only a small part of a “much larger unused area” that she’ll be working to uncover over time since it requires a lot of trial and error to force things to load via the data.

This unused area being included in the game could point to a scrapped portion of Legends: Arceus where the player would either start in the present before being pulled to the past by Arceus or would return to their home after completing the game.

Another option is that this “much larger unused area” will be used for potential upcoming DLC that has been hinted at by several clues in the game and leakers who previously predicted a majority of Legends: Arceus’ new content correctly. But we won’t know for sure until Game Freak and The Pokémon Company provide further updates.