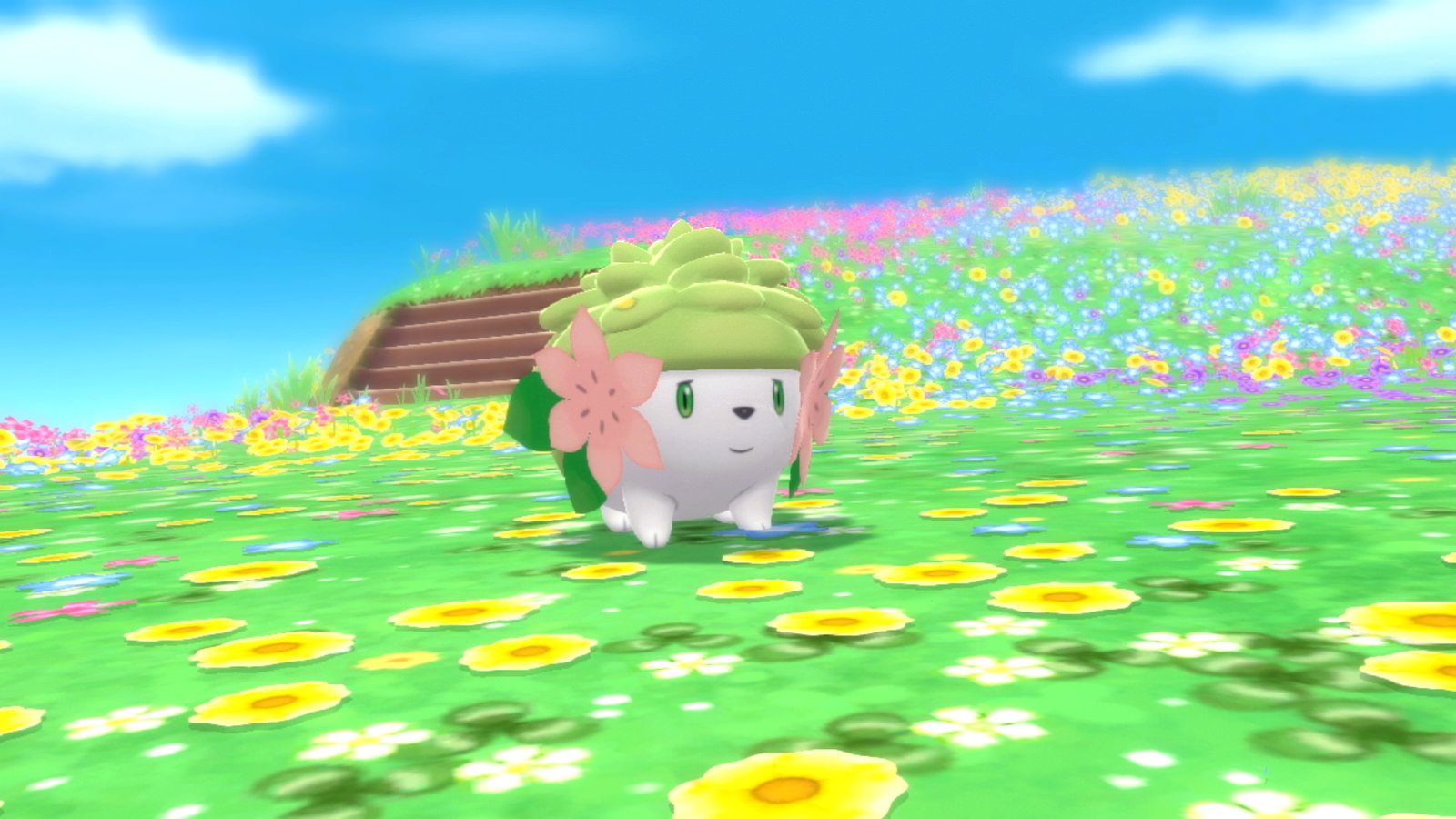 Pokémon is one of the biggest media franchises that revolves around fictional creatures. And the term “Pokémon” is an abbreviation for “Pocket Monsters,” signifying that these creatures are the heart and soul of them all.

Every Pokémon has its own classification. From the type, move set, evolution tree, and appearance, every Pokémon is unique. But what’s sure is how every Pokémon differs in appearance. There are some who look heroic as ever—the likes of the manly Lucario, the “fire -some” Arcanine, and the mighty Dragonite really embody not just the look but also the stance of saving humanity and everybody else. There are also the fearsome-looking Pokémon, with Gengar, Banette, and Mimikyu to name a few.

Yet there are cute Pokémon as well. From the fluffiest creatures to the Pokémon with the most dazzling eyes, some of these are being caught by trainers not for their abilities and strength but for aesthetic purposes. If you want the cutest pets in real life then in the game of Pokémon, it’s understandable if you will look to have these adorable fellas.

With that being said, here’s our top 10 cutest Pokémon in history.

Rockruff is regarded as the Puppy Pokémon. And most puppies, in real life, are really, really cute. Rockruff’s also being presented as a dog in the game—with its grayish-white fur and brown muzzle while being a Pokémonn that loves to sniff and smell things because of its ability to remember an odor for a long time.

Overall, you can have a guard and cute Pokémon buddy at the same time if you choose Rockruff. Just don’t let it evolve if you want to keep the cuteness.

The poster Pokémon, Pikachu, is indeed one of the most adorable creatures to exist in the franchise. But don’t be deceived with its yellow–furred, chubby, and cheeky looks. The Electric-type Pokémon is one of the strongest to step into the gyms. Its signature Thunderbolt and Bolt Tackle attacks are electrifying and powerful.

Still, Pikachu won’t be the mascot Pokémon and Ash’s main buddy for more than two decades now. Their love-hate relationship especially at the beginning of the TV series is so wholesome that you might just want to have your own Pikachu as well.

If you’ll talk about cuteness, Shaymin is a real definition of it, especially its Land form. The cute little hedgehog-like Grass-type is a Mythical Pokémon introduced in Generation IV. Not just its looks are very appealing, but also the flowers on its left and right sides make it so refreshing to look at.

If only Shaymin could be in real life, it’s delightful to keep it as some sort of a fluffy pillow. Just imagine if you can lie on it, the comfort is real, my friend.

Most Fairy-type Pokémon are really appealing in looks. And the majority of them resemble the pinkish color and vibe which can be seen especially on the adorable Generation I Pokémon, Clefairy.

Clefairy is chubby, friendly, and possesses the “Cute Charm” ability. An old lady that gives friendly advice and cooks tasty food for you resembles this Pokémon. And that’s how Clefairy’s eagerness to have friends in the game or in the TV series is seen. Cleffa, the baby version of Clefairy, is also very close in looks.

A starter Pokémon on our list? Sure, why not? Oshawott is the Water-type starter from Generation V. The sea otter-like Pokémon may also look naughty at times, but its adorable behavior makes it enjoyable to be with.

Its “scalchop” placed on Oshawott’s belly is also an added bonus of being cute and offensive at the same time. It is made with the same materials as its claws, making the Pokémon more aggressive in battles, as well as having a way to crack food. This tiny fella is for keeps, so if you choose it in the beginning, then you’ll have a wonderful adventure for sure.

Do you want a Pokémon that is fluffy? Well, Swablu is the best choice for you. It is fluffy Swablu is a living cloud. Its wings are like the white heavenly pieces of fluffy clouds you can see in the sky, and its body is so soft.

It has a beak, resembling some sort of a cloud bird. Swablu is also clean-looking and the type of Pokémon that looks like something that you cannot put on the ground. Evolving it to Altaria will see a more mature version of it, but still a fluffy and elegant one.

Misty’s main buddy, Togepi, the egg Pokémon, is one of the most adorable to appear in the franchise. The baby living in an eggshell is just too cute to watch. This Generation I classic Pokémon is the egg you won’t like to be cracked at all.

And you know what? Evolving this to Togetic and Togekiss is still fun to do in terms of cuteness. These two, though you’ll see that they are different creatures, are still cute in their own ways. Have Togepi on your checklist of Pokémon to catch, and for sure, it’ll be worth it.

Talking about cuteness and beauty at the same time, both are present with Chikorita, the Generation II, Grass-type starter from the Johto region. Though you can have it as a male or female, its looks are just way too adorable as a female. That is why Ash got his Chikorita that way.

Chikorita is so charming in any way possible. Its grass on top of its head resembles a long hair fit for the Pokémon’s overall looks. Evolving it to Bayleef or Meganium may somehow lessen its overall cuteness, but you will still see the original Chikorita semblance, especially with all of their eyes.

Eevee, as we all know, is the Pokémon with the most evolutions in history. It can turn to Flareon, Vaporeon, Jolteon, Espeon, Umbreon, Sylveon, Leafeon, Glaceon, and Sylveon. All of these are really elegant in their own ways. But the original Eevee is very precious to look at.

Eevee’s brown fur, blushy and fluffy body and cream aesthetic are quite exquisite and comforting at the same time. Its big eyes seem to talk which makes it very charming and adorable. Witnessing it running around is a treat to watch, we guarantee you.

And to cap off our list of the top 10 cutest Pokémon is Jigglypuff. Why? Just look at it.

It is round, pinkish, has very big eyes, and has a mic. This singing Pokémon makes it the cutest on our list because even if the only lyric it can sing is “Jigglypuff,” it’s still fun to listen to. But be ready once you’ll get asleep after it performs—it has a marker and another hoppy it has is drawing on faces.