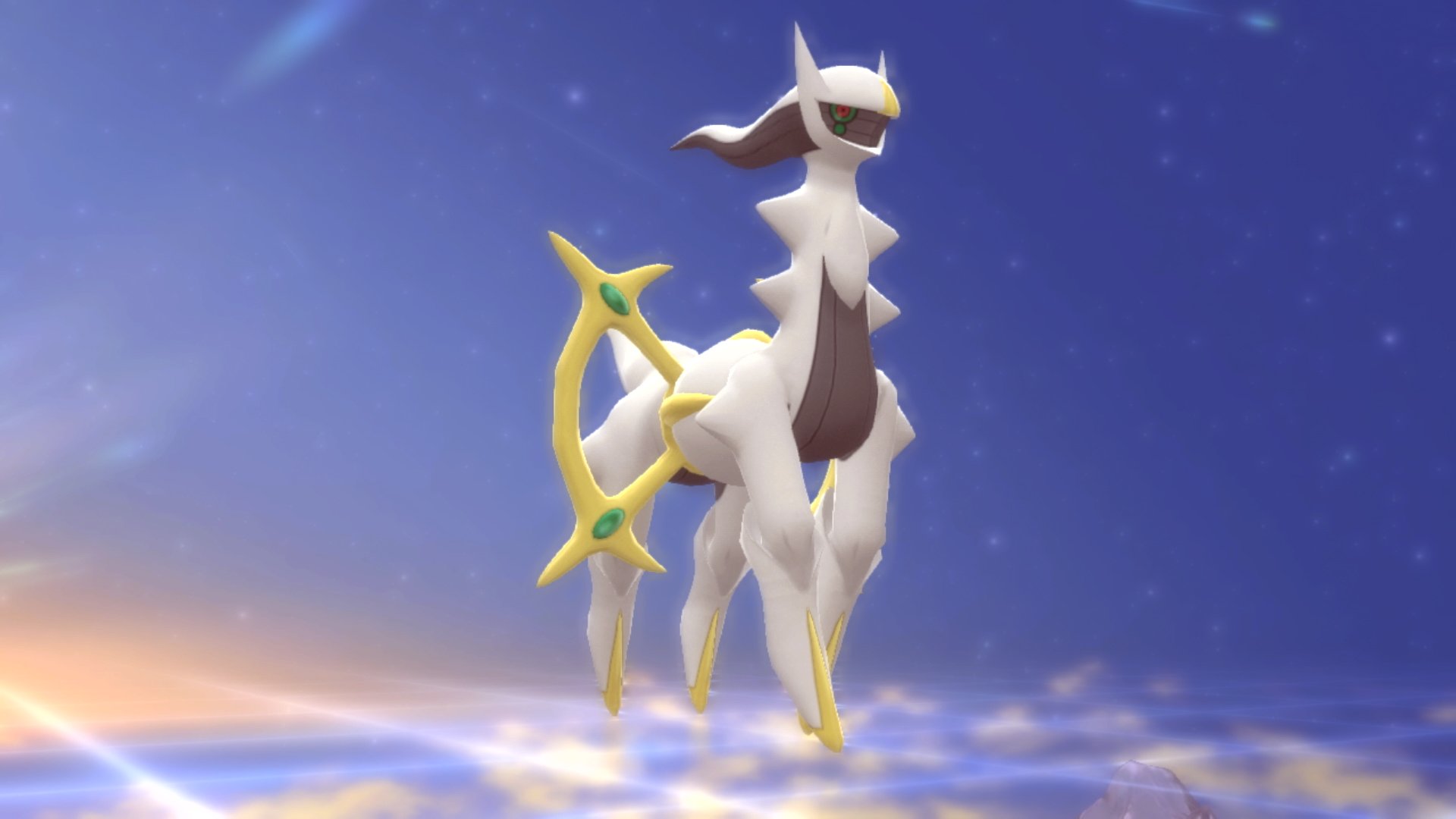 In any video game available, of course, the goal is to always have the strongest tools available. May it be in the form of a character, a weapon, a skill, a car, or any means to be the best in the game you are playing. And that’s the case in Pokémon: having the Legendaries is one of the ultimate goals of a trainer.

These Legendary Pokémon are called legendary for a reason. They have skills and abilities which cannot be seen on more ordinary Pokémon, and they’re obviously not as common as those you can see in the wild. Some of them may be hidden in the farthest castles or kingdoms, or even as far as the skies and different dimensions.

Most trainers really eye to catch a Legendary Pokémon and use them in their arsenal of competitive Pokémon. Their powerful attacks and abilities can be lethal, destructive, and game-changing. And most of them hold a significant part in someone or something’s history, environment, or the realm where they are staying or exploring.

Here are our top 10 best Legendary Pokémon of all time in terms of skill, impact to the games and story, and overall character.

Ho-Oh is regarded as the guardian of the skies and mostly associated with another Legendary Pokémon, Lugia, creating the Tower Duo from Pokémon Gold and Silver. The phoenix-esque, Fire/Flying-type Pokémon has the power to resurrect the dead and is the only Pokémon to ever learn its signature move, Sacred Fire.

Ho-Oh was responsible for bringing the trio of the Legendary Beasts—Entei, Raikou, and Suicune—back to life. That alone makes this Legendary Pokémon one-of-a-kind and is truly a testament to its unique abilities.

One-third of the Creation Trio, Giratina is the Pokémon that resembles the antimatter. The Ghost/Dragon-type can control and manipulate the Distortion World or anyone who enters it. This world is the reverse counterpart of the existing realm in the Pokémon universe.

Giratina has two forms: Altered and Origin. The former makes the Pokémon more of a dinosaur and boulder creature, while the latter gives him a draconic look. Its temper, however, was the reason it got banished from the real world. Overall, Giratina’s significance as one of the main mascots of the Sinnoh region makes it truly worthy of being a Legendary Pokémon.

These two cannot be separated. They are like yin and yang but put in the shoes of fire and water. Kyogre represents the ocean, while Groudon symbolizes the volcanoes. And together, they are two of the strongest Legendary Pokémon to ever step foot in the world.

They are also the poster Pokémon for the classic games Pokémon Ruby and Sapphire, as well as their revamped versions Omega Ruby and Alpha Sapphire. Their multiple clashes through the years brought distress to the places they’ve been to, but luckily for them, another Legendary Pokémon interfered with them and prevented what could have been gigantic destruction in the Pokémon world.

Another featured duo in our list is Dialga and Palkia. Both Pokémon have their own strengths and abilities. But what makes them inseparable is the fact that they uphold some connected scientific concepts: the concept of time (Dialga) and space (Palkia), forming the Sinnoh Creation trio with Giratina.

Legend says that this trio was created by the so-called “God” Pokémon, with Dialga and Palkia being the first two to be discovered in games and movies. Dialga’s Roar of Time and Palkia’s Spacial Rend are two of the most unique signature abilities in the history of Pokémon, proving that these two are just special in their own ways.

Though Jirachi may be considered as a Mythical Pokémon rather than a Legendary one, the Wish Pokémon’s significance in games and movies made it clear this cute but deadly Steel/Psychic Pokémon is a force to deal with.

You can grant wishes using Jirachi’s ability, and another of its distinguishing features is that Jirachi is the only Pokémon in the games that can learn the move Doom Desire. The name of that attack alone can be terrifying to your enemies.

The other half of the Tower Duo, Lugia, takes fifth place on our list. This Legendary Pokémon is regarded as the guardian of the seas. This Psychic/Flying-type’s physique and aesthetic resembles a large dragon that is a powerful force in the skies, making it one of the most iconic Pokémon to ever exist. Lugia also became the master of the Legendary Birds (Articuno, Zapdos, and Moltres) in the story, though compared to most Legendary Pokémon, there could be multiple Lugia in the wild. Of course, if you’re a trainer and truly desire to have this Pokémon in your collection, that could be a plus.

Many may consider Mewtwo as the first Legendary Pokémon. It is so powerful that it has its own consciousness, can use telekinesis and talk through telepathy, and it even escaped the headquarters where it was created. Mewtwo is truly an embodiment of a powerhouse Pokémon, especially with its Psychic abilities.

In addition to the Pokémon’s already established power and strength, it also has two Mega Evolutions. That makes Mewtwo the strongest (or one of the strongest) Pokémon to ever exist. Mewtwo also comes with a unique origin story, born as a clone of Mew that became a separate entity, creating its own mind and vision to defeat everything that gets in its way.

Following Mewtwo in the fourth spot is the original Mew in third. This Ancient Pokémon lived thousands of years before it was discovered by Team Rocket, creating the story of Mewtwo. But do not be deceived by its charming and appealing looks—Mew is really, really powerful.

In the games, Mew can learn any HM or TM items. That is why it is known to adapt and use any attack ever created. Mew was also the one who stopped Mewtwo’s destruction in the first Pokémon movie, solidifying its spot above its clone in our list.

Rayquaza, the Legendary Pokémon who interfered with Kyogre and Groudon’s massive battle, is second on our list, bringing its established savior character from the games and movies.

Rayquaza is a powerful Pokémon, bringing heavy damage-dealing attacks such as Dragon Ascent and Hyper Beam as some of its signature moves. Rayquaza can also Mega Evolve thanks to a Z- Crystal, and it is the poster Pokémon for the iconic Pokémon Emerald.

The Pokémon who is on top of our list is none other than the biggest deity in the Pokémon universe: Arceus. This Pokémon truly embodies the meaning of a Legendary.

Arceus created the entire world of Pokémon—primarily time, space, and antimatter (hello there, Creation trio). It also has the Multitype ability, giving it the power to become the type it desires. Like Mewtwo, Arceus can speak through telepathy. Don’t you dare face this “God” Pokémon, unless you really have the drive to “catch ‘em all”—including Arceus.