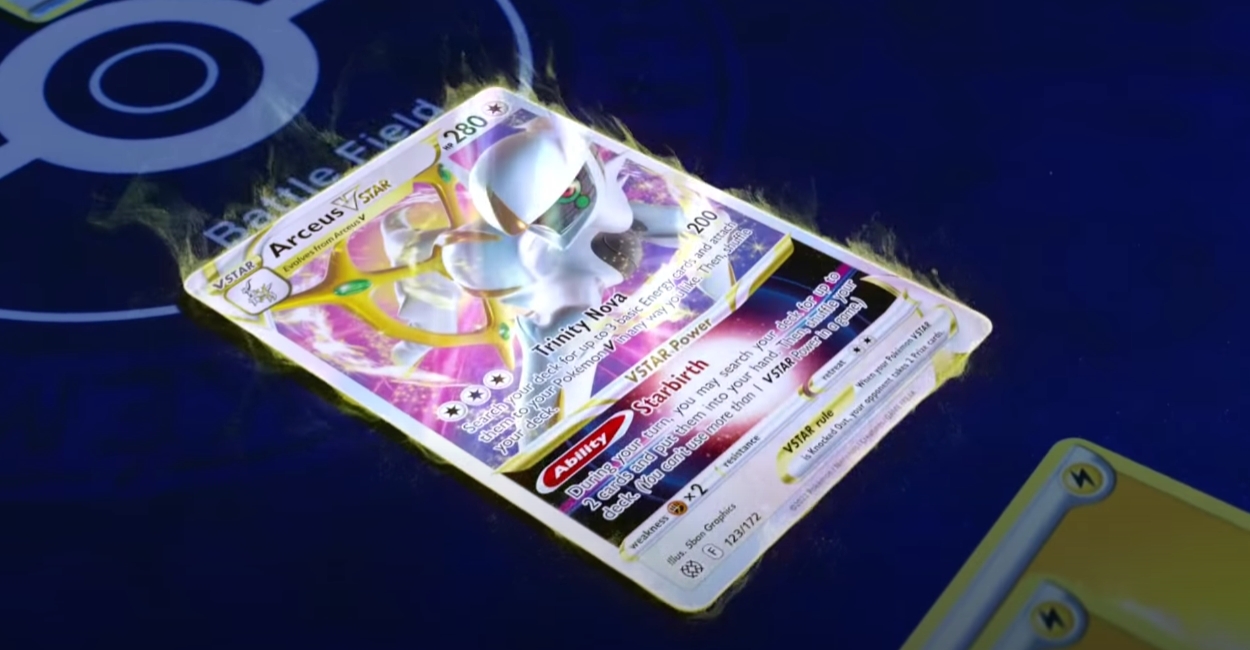 The next English Pokémon TCG set has been revealed. The VSTAR-centric Brilliant Stars will be released on Feb. 25.

This will be the Western equivalent of the upcoming Star Birth OCG set, which will introduce the new VSTAR mechanic and feature Arceus VSTAR.

VSTAR is another evolution patch for Pokémon V to pair with VMAX and will feature powerful abilities called VSTAR Power that can only be used once per game. They’re meant to generate major advantages for the player using them, like Arceus VSTAR’s VSTAR Power Starbirth, which will allow a player to search for any two cards from their deck and add them to their hand.

Brilliant Stars will feature significantly more cards than Japan’s Star Birth set, with the initial number of cards currently sitting at 172 before Secret Rares, compared to Star Birth’s 100. Pokémon TCG publication PokeBeach speculates that this could mean Brilliant Stars will bring over cards from the special VMAX Climax and Start Deck 100 Japanese products, too.

We should start seeing more card reveals for Star Birth in the coming weeks, along with more product information and images for Brilliant Stars. Both sets could feature more tie-ins to the Hisui region or other content from Pokémon Legends: Arceus, which launches for Nintendo Switch on Jan. 28