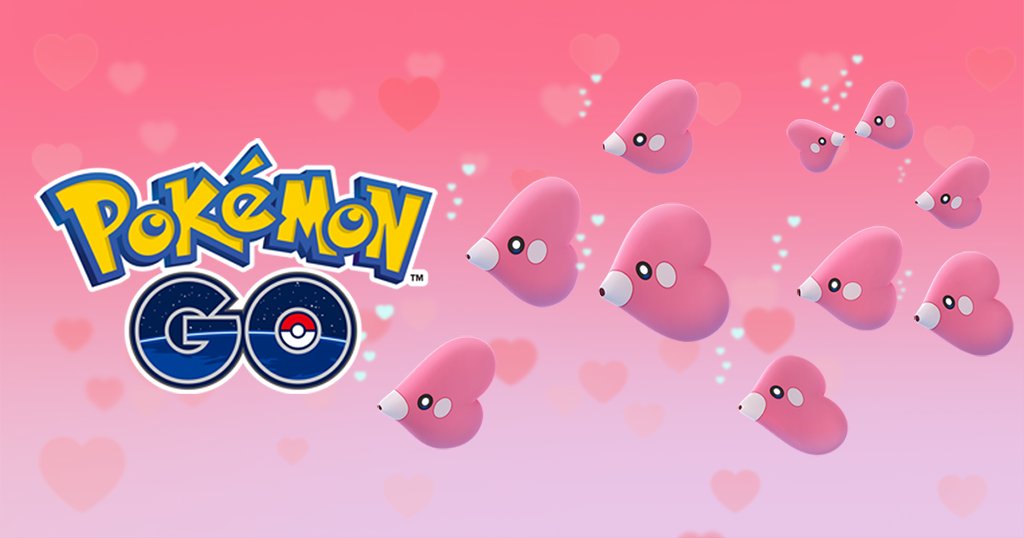 Love is in the air, and there’s no better way to celebrate than with the new Love Cup in Pokémon Go’s Go Battle League.

The new format is available as a holiday-exclusive to mark the end of Season Six of the Go Battle League. In this format, players can only use Pokémon up to 1,500 CP, but with a catch: they must be red or pink.

This limits the normally extensive pool of viable Pokémon in the PvP game mode to only a handful, but also saves players from having to face some of the most overpowered offenders in the game.

Here’s a breakdown of some red and pink Pokémon that bring the pain to opponents during the Love Cup.

Everyone’s favorite not-dragon is one of the most viable options to bring into the Love Cup.

Although its Mega Evolutions can’t be used, Charizard has a huge movepool at its disposal to take on the toughest Pokémon in this format. Since many red and pink Pokémon are Normal or Fairy-types, Charizard has no problem overpowering the competition and has very little to fear in terms of major weaknesses.

For quick moves, Air Slash and Dragonbreath are great options due to their type coverage. Blast Burn is the best bet for its charge move, but it can only be obtained through events. Fire Blast works great as a substitute, since Overheat will lower Charizard’s attack after usage.

Another Fire-type Pokémon that was recently featured in a Community Day is Magmortar, and it brings some great tools to the table.

Unlike Charizard, Magmortar will not take quadruple effective damage from Rock-type moves used by opponents, and it also has a movepool variety that most Fire-types don’t have. Magmortar also happens to be a rather bulky Pokémon, so having good potential in HP will ensure its durability.

Fire Spin and Karate Chop both work great as quick moves, but since you’ll likely be taking a non Fire-type attack as the charge move, the former might be more useful. Magmortar has numerous great charge moves at its disposal, including Brick Break, Psychic, and the event-exclusive Thunderbolt. Due to type coverage, Thunderbolt is the No. 1 option, but all three are great choices.

Just like its main game counterpart, Rotom Wash will be a force to be reckoned with in the Love Cup.

Very few Pokémon eligible in this format have access to Ground-type attacks, leaving Rotom Wash with only one weakness—Grass. This Water/Electric-type Pokémon has some powerful moves at its disposal, but it was only available through snapshot encounters at Pokémon Go Fest 2020. If you were lucky enough to catch one, consider using it to take control of the Love Cup.

Astonish and Thunder Shock are both great quick moves due to their fast animations, but Thunder Shock may prove to be more useful with the abundance of Normal-type Pokémon. Hydro Pump is a must for a charge move, since it’s the reason that Rotom Wash is so valuable.

It wouldn’t be a celebration of red and pink Pokémon if one of the tankiest Pokémon in history wasn’t spotlighted.

Blissey can and will stall out entire teams with its massive HP pool and even bigger moveset due to its Normal typing. Some Pokémon eligible to compete have access to Fighting-type moves, but they’ll have to do their best to chip away at the loveable behemoth that is Blissey.

The Happiness Pokémon has two quick moves at its disposal—Pound and Zen Headbutt—but Pound is a much more reliable option for charging its charge move quickly. In terms of charge moves, Psychic, Hyper Beam, and Dazzling Gleam all make this Pokémon an even bigger threat. Depending on the situation, all of these moves are useful and compliment Blissey’s bulk that will have it dishing out these powerful moves multiple times before it is defeated.

The Pokémon known for its extensive beauty returns to the Go Battle League, this time to fight for supremacy in the Love Cup.

Milotic has seen a lot of competitive play in the Great League and Ultra League, but now that the Master League is available it has very few options for viability. But in the Love Cup, Milotic has the potential to take back its crown and dominate the field.

The Tender Pokémon’s access to Water, Dragon, and Ice-type moves made it a fierce competitor at the beginning of Season 6 of the Go Battle League. Its HP and Attack stats are also nothing to scoff at, being some of the highest of any Water-type Pokémon available in the game at these mid-level CP caps. Those same strategies are looking to be even more effective against the limited pool of Pokémon eligible to compete in the Love Cup.

Waterfall is a good quick move to counter the heavy Fire-types competing for dominance in the format. Blizzard is almost always the go-to charge move on Milotic, but a change of strategy to Dragon Tail as the quick move and Surf as the charge move can also suffice.

Pokémon Go’s Love Cup will be available until Feb. 15 and will contribute to players’ ratings in Season Six of the Go Battle League.