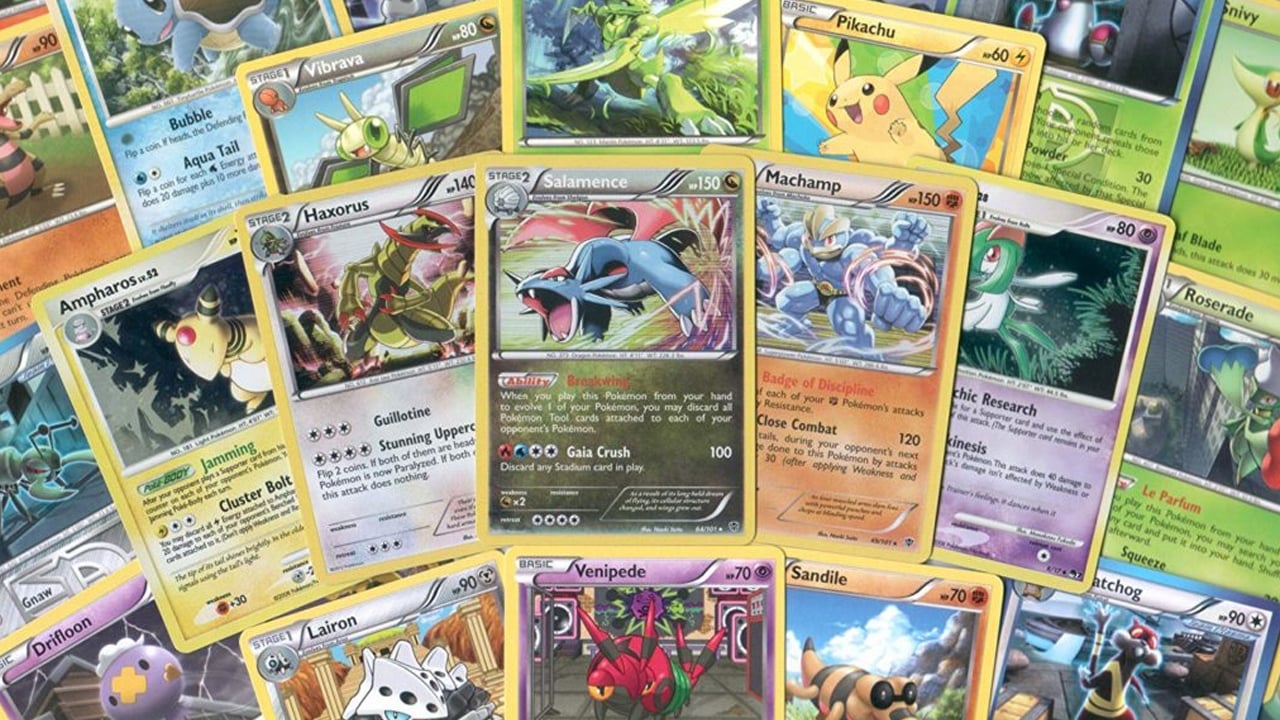 Fans can enjoy exploring the Pokémon franchise in different media forms. Of course, there are the mainline video games which are the heart and soul of the Pokémon franchise, where almost all the latest products from The Pokémon Company revolve. Also, the anime series is where fans can witness Ash Ketchum’s explorations in the different regions searching for various Pokémon, as well as his journey towards becoming a Pokémon champion.

But aside from the video games and anime series, the Pokémon Trading Card Game (Pokémon TCG) has established itself as one of the biggest and most popular card games in the world.

Its gameplay reflects the elements that can be found in Pokémon video games, such as the application of the Weakness and Resistance system to the cards.

What makes the Pokémon TCG unique from the video games are the different ability effects players can use to beat their opponents. It brings out their creativity to build great decks that can dominate the meta.

But it’s not just the cards’ abilities that make their value higher.

Related: What are the rarest and most expensive Pokémon cards ever sold?

Others collect expensive Pokémon cards based on their design, as well as the demand and rarity of these cards in the market.

With that, here is our list of the best Pokémon cards of all time, ranked according to abilities, design, rarity, and overall impact on the community.

A once formidable staple in the meta standard and expanded decks as part of the Sun & Moon: Guardians Rising expansion, Tapu Lele GX provided an abusable advantage with its Wonder Tag ability that allowed players to fetch a Supporter card from their decks for free. Its value became high because of the demand for competitive players who wanted to include at least one of these.

The first of multiple Charizard variants in our list, Charizard Star was released in 2004 through the Dragon Frontiers expansion. And during that time, 150 damage was already a large amount.

What made this card’s value erupt is Charizard’s shiny variant being used in a card, making this massively popular with fans worldwide.

Charizard ex’s dominant damage capability of dealing around 200 points made it a force to be reckoned with during the release of the FireRed and LeafGreen expansion in 2004. During that time, it could already kill a Pokémon in an instant.

Today, its value is still high, though it is just being collected as a collector’s item. Its days as a powerful card in the game are already over.

It’s not always about the high damage a Pokémon card can deal in a single blow or the effect that can dismantle your opponent’s defense. Sometimes, moves that focus on defense can become a problem to your opponent, and this is what Lucario and Melmetal GX did when it became a meta deck, thanks to its Full Metal Wall GX move that can permanently decrease 30 damage from the attacks of your opponent’s Pokémon for the rest of the game.

One of the recently released cards, which gained popularity because of its rarity and design, the Rainbow Rare/Full Art version of Pikachu Vmax became a must-have for Pokémon card collectors.

Its starting price as of now is listed at $185, making it a prized card for everyone who would want to bolster their collection of Pokémon cards.

In terms of skill, it may not be that useful.

But in desperate times, dealing up to 270 damage can be game-changing.

It may not be expensive compared to the other cards on our list, but the Ancient Mew card could be regarded as one of the most iconic Pokémon cards to ever exist. It was released as a promotional card to market the film Pokémon: The Movie 2000, and has since become a must-have for collectors due to its popularity and aesthetic.

One of the newest cards on this list, Arceus VStar was just released in February 2022 as part of the Brilliant Stars expansion. But has already made an impact, especially in the competitive scene, thanks to its powerful moves. Arceus VStar’s Trinity Nova attack deals 200 damage and can attach up to three basic Energy cards to any of your Pokémon V, and its Starbirth VStar Power can give any two cards from your deck to your hand.

Zoroark GX established itself as one of the most powerful cards in the Pokémon TCG. It can be considered as a toolbox staple card in competitive decks when the Shining Legends expansion was released. Zoroark GX can deal massive damage thanks to its Riotous Beating move, while its Trade Ability allows players to draw two cards in exchange for discarding one card. This card’s legacy in the competitive scene of Pokémon TCG will always be remembered, for sure.

7) Arceus and Dialga and Palkia GX

Arceus and Dialga and Palkia GX has been one of the most used cards in the history of the game.

Both of its attacks are powerful, but its Altered Creation GX move made it super valuable to decks when it was released as part of the Cosmic Eclipse expansion.

The additional 30 damage to the attacks of all the Pokémon of its user is game-changing, making this card’s value higher when it is still playable in the standard format.

One of the most valued cards in Sun and Moon, the Rainbow Rare/Full Art version of Charizard GX became massively popular as a collector’s item when it was released.

Collectors went on a hunt to get the prized card during its time of release in the Burning Shadow expansion.

Its current starting price in the market is listed at $300, which is quite expensive for just one card already. Skill-wise, though, Charizard GX is not very powerful compared to other Pokémon GX.

If we talk about the most overpowered cards in the history of Pokémon TCG, Lysandre’s Trump Card should always be included in the list. Why? It can return both players’ cards from their discard pile into their decks in an instant. This card made decks unbalanced because of how it affected the games, changing one’s momentum just because of its effect. Because of this, it is now banned from competitive matches.

But its value skyrocketed when it was still legal to use.

Considered as a holy grail of card collectors, the Pikachu Illustrator card is one of the most expensive cards in the history of the Pokémon TCG. Currently, only one copy of the card has been graded as PSA 10, and YouTuber Logan Paul bought it for a staggering $5,275,000 in July 2021.

Its value skyrocketed that high because of its rarity.

Only 41 copies of the card exist in the world, and 39 of these served as a prize cards to the winners of promo contests held in 1997 and 1998 by CoroCoro Comic.

The Team Up expansion from Sun and Moon saw the release of Mewtwo and Mew GX, probably one of the most powerful cards to ever exist in the Pokémon TCG. It has a devastating Miraculous Duo GX move that can deal 200 damage, as well as the one-time ability to heal all damage from all of its user’s Pokémon given that there is an extra Energy card upon using the move. But its Perfection Ability made Mewtwo and Mew GX a juggernaut since it allowed players to use the attacks from any Pokémon G or EX in play. This made the card highly expensive when it was playable in the standard format before.

The dominance brought by competitive decks where a Shaymin EX is included proves this card’s worth as one of the most powerful cards in the history of the game. Its Set Up ability allows the players to draw until they have six cards in their hands.

Because of its given prowess to provide a significant advantage, Shaymin EX became a must-have for both standard and expanded players, raising its value and demand globally. It was so useful and abusive that Pokémon decided to ban the card in competitive matches.

The last Charizard on our list, as well as the ultimate jewel of all Pokémon card collectors in the world.

This Shiny Charizard became so popular with fans when it was released in 1999, especially with its 100 damage from Fire Spin. And after more than 20 years, this card has been valued as one of the most expensive cards in any trading card game, where one of its copies was even valued at $420,000.

The Shiny Charizard card could be dubbed as the “holy grail” of every Pokémon card collector, making it the best of all time.