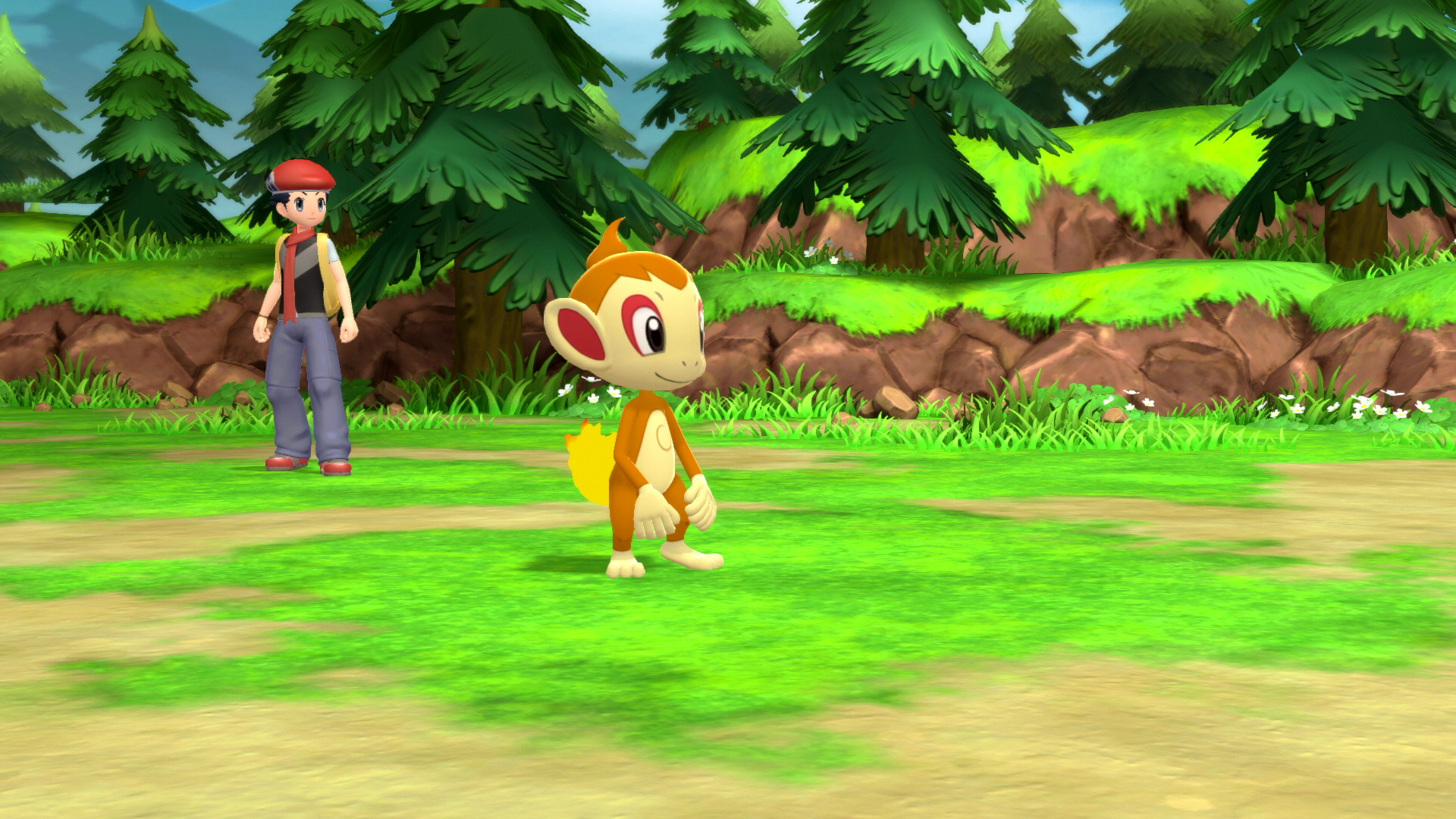 The original Diamond and Pearl are famous for not having very many Fire-types. If players didn’t want to import their Fire-type Pokémon from previous games, the only two options were Chimchar, one of the games’ three starter Pokémon, and Ponyta, a Fire-type originally from Generation I that made a reappearance in Sinnoh. Brilliant Diamond and Shining Pearl‘s use of the Sinnoh Pokédex during the main story means that players will be restricted to these two until they obtain the National Pokédex.

After getting the National Pokédex, players will be able to find Pokémon from Generations I to III in the Grand Underground, which dramatically increases the number of available Fire-types. With that in mind, here are the best Fire-types in Brilliant Diamond and Shining Pearl.

Chimchar is an obvious pick for players who don’t want to spend their time looking for a Ponyta but do want the power of a Fire-type on their team. While it struggles in the early game against gym leaders like the Rock-type Roark, Chimchar really comes into its own in the latter half of the game. Its final evolution, the Fire and Fighting-type Infernape, is the spiritual successor to Generation III’s Blaziken. The extra type helps it take down the Rock-types that might otherwise give it trouble and it can easily destroy the Elite Four’s Bug-type Pokémon. If you’re fine with not choosing Turtwig or Piplup at the beginning of the game, Chimchar is a great long-run pick.

The other obvious option here is Ponyta. It’s available fairly close to the start of the game—the first place you can find it is on Route 206—and it evolves into Rapidash, a fast, powerful attacker capable of learning strong Fire-type moves like Fire Blast and Flare Blitz. (Note that this is the original Ponyta and Rapidash, not the Psychic and Fairy-type Galarian versions found in Sword and Shield.) Rapidash fulfills a similar role to Infernape in the late game, where it can take out gym leaders’ and Elite Four members’ Pokémon quickly. It doesn’t have the secondary type that Infernape has, but when you’re strapped for Fire-type options, Ponyta and Rapidash will do in a pinch.

After you’ve completed Brilliant Diamond and Shining Pearl’s main story, you’ll receive the National Pokédex, which allows you to use any Pokémon from Generation IV or older in the game. The easiest ways to obtain these Pokémon are either through the Grand Underground’s type-specific sections or by transferring them over yourself through Pokémon Home, the latter of which won’t be available until next year.

A great Fire-type to start with in the Grand Underground is Charmander. Evolve it into Charizard and you’ve got a fighting machine on your hands. Charizard is a great all-around attacker who can specialize in either attack or defense and who will feel familiar to longtime Pokemon fans. As long as you let it hold a Charti Berry to cover its four-times weakness to Rock, there’s not much that can shake a Charizard.

If you’re looking for a blisteringly fast Fire-type but don’t want to pick Chimchar as your starter, Growlithe and its evolution Arcanine are a great alternative. Arcanine is fast enough to move first in most battle situations and can learn powerful non-Fire-type moves like Extremespeed in addition to Flamethrower and Fire Fang if you’re willing to wait before you evolve it from Growlithe. (Growlithe needs a Fire Stone to evolve into Arcanine.)

Blaziken is the original Fire and Fighting-type powerhouse. If you’re keen on having a fast dual-type Fire attacker but aren’t jazzed about the idea of an Infernape—whom some consider to be a cheap copy—Blaziken is the Pokémon for you. It can learn a wide variety of other moves via TMs and move tutoring, including ThunderPunch, which helps shore up its weakness to Water. It’s also fast, hits hard, and tends to favor physical attacks over special attacks. Fire-types are generally fast and attack-focused, and Blaziken is the quintessential example.

If you’re playing Shining Pearl, you’ll be able to catch this Kanto Legendary in Ramanas Park, a post-game area that features Legendary Pokémon from across the series. (Brilliant Diamond players will have access to Entei, one of Generation II’s Legendary dogs.) Like Charizard, Moltres is a Fire and Flying-type that can learn powerful attacks. Since it’s a Legendary, Moltres also has higher stats than your average Pokémon, enabling it to tear through opponents’ teams. Just note that because it’s technically categorized as a Legendary Pokémon, Moltres may not be eligible for some types of competitive play.