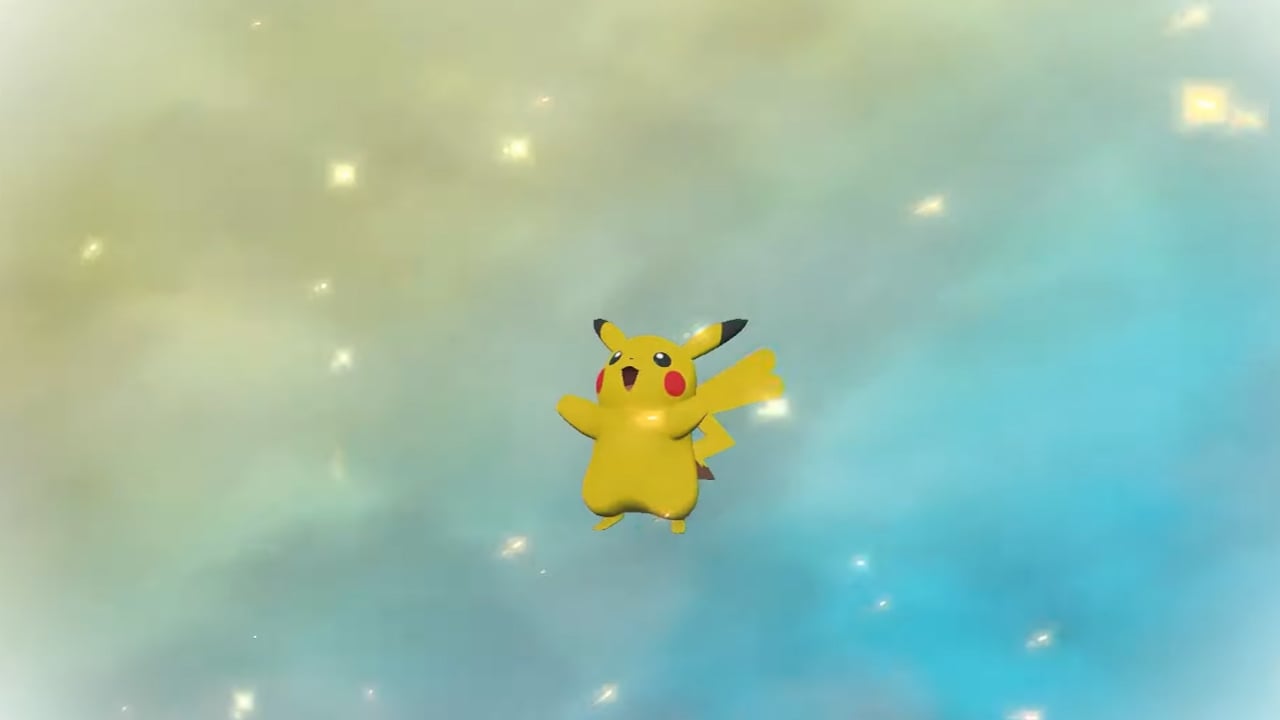 While Electric isn’t one of the starting types players choose from when they select their first Pokémon, it’s difficult to think of a type more synonymous with the Pokémon games and other media franchises they spawned. Electric-type Pokémon, while rarer than several other types, often give players a good jumping-off point for diversifying their party of Pokémon, not to mention helping them get through large water sections if they didn’t start with a Grass type.

And, while traditionally a type defined by fast creatures and high special attack stats, the series introduced more and more different kinds of Electric types as time went on, leading to interesting type pairs and different styles of play.

Here are the best Electric-type Pokémon of all time, ranked from 10th down to the greatest Electric type ever.

The best Electric-type Pokémon of all time

Traditionally, sheep are some of the most docile creatures on the planet. Don’t tell that to Pokémon’s gen II take on the animal, with the Electric-type Light Pokémon being a strong option in multiple games. While the earlier evolutions, Mareep and Flaaffy, aren’t too much to worry about, the final stage of the evolution cranks up the voltage with a 115 base special attack stat. The Mega Evolution form of Ampharos takes things a step further, with its base special attack increasing all the way to 165.

Beyond its power, the entire evolutionary cycle is a bit of genius design. How is a sheep an Electric-type Pokémon? Because its wool generates static electricity, of course. By the time the Pokémon becomes Ampharos, it has stored up so much energy that it can act as a lighthouse beacon, which is exactly how it first appears in the games and the anime in Olivine City. With power to spare and clever design, Ampharos is a Pokémon that shouldn’t be underestimated.

Raichu will always be overshadowed by Pikachu, one of the only Pokémon whose final evolutionary stage is less iconic and popular than its beginning stage. But Raichu is stronger and faster than its smaller mouse counterpart and deserves recognition alongside Pikachu as one of the greatest Electric-type Pokémon to ever come to the franchise.

Besides the better statistics, Raichu helped define the Pokémon experience beyond “get stronger and win battles” when it appeared in episode 14 of the anime’s first season. Faced with the stronger and faster Raichu belonging to Lt. Surge, Ash has to reckon with what it means to truly be a friend and partner to his Pokémon, and not just pursue his own dream of becoming a stronger trainer. It’s an emotional story, and it doesn’t work at all without Raichu, an intimidating threat both physically and existentially for Ash and Pikachu.

Speaking of intimidating threats, let’s talk about Electivire, the Electric type that wants to shock other Pokémon by punching them in the face. Introduced in gen IV to give Elekid and Electabuzz a full three-stage evolution chain, Electivire had good special attack and speed stats like many other Electric types. Where it really shines is in its attack stat, which is an impressive base of 123.

To pair with this obvious source of strength, Elekid learns Thunder Punch even before naturally evolving into Electabuzz. It’s an extremely consistent and reliable move with good power that uses the Attack stat, and one that’s learned at level 28, meaning players don’t have to worry as much about leveling a Pokémon all the way up into the 40s before they finally learn Thunderbolt and become useful. Given Electabuzz’s status as a more physically imposing alternative to Pikachu in the first generation, Electivire is the natural conclusion of the evolutionary line and one of the best Electric types ever.

The Pokémon franchise loves making quadrupedal animals into Electric-types. Luxray stands out from others of this style, like Manectric and Boltund, for its three-stage evolutionary arc and great attack stat, making the Pokémon a viable option at any stage of a game.

Luxray seems like a Pokémon designed to test out gen IV’s change of making attacks that use either the attack or special attack stat of a Pokémon available to all types of attacks. In the first three generations, which attack stat a move used was completely dependent on the move’s type, meaning the power of all Electric-type attacks was determined by a Pokémon’s special attack. Gen IV changed all that, and Luxray got to show off just how strong an attack-based Electric move could be with Wild Charge. For a strong Pokémon players could use throughout the game, Luxray is difficult to beat.

One of the original Eeveelutions, Jolteon’s special attack and blinding speed helped turn Eevee into one of the game’s most sought-after Pokémon in its first generation. A gift rewarded to players who gave Celadon City some thorough exploration, Eevee’s unique evolutionary characteristics would give rise to an entire series of Eeveelutions throughout the franchise’s history. Jolteon was a great choice, both because of its high speed and attack statistics, and because the Seafoam Islands were just down the road from Celadon, off the shores of Fuchsia City.

Since the Seafoam Islands were surrounded by Tentacools that didn’t mind grass attacks all that much and also were home to Articuno, it was important to have a good Electric type in your party. Jolteon filled that role, and with the help of Thunderbolt (which could be received from the Vermilion City gym in the original games, or in Celadon Game Corner), it made much easier work of one of the most difficult Pokémon to capture in the game. With speed and style, Jolteon is easily one of the best Electric-types Pokémon has ever seen.

While not the strongest legendary Pokémon, this Guardian Deity from the Alolan Islands stands out with its unique type combination and phenomenal design. Tapu Koko is one of only two Electric and Fairy types in the entire series, giving it some extra weapons to deal with Dragon, Fighting, and Ghost Pokémon.

Beyond what the Pokémon can do, however, Tapu Koko stands out as one of the most visually-interesting Pokémon of gen VII. Clearly inspired by the Polynesian/Hawaiian region Alola was based upon, Tapu Koko comes with shell-like extensions on its arms that it can fit around itself, almost like a mask. While most Legendaries take the form of awe-inspiring beasts or alien figures, Tapu Koko and the rest of the Guardian Deities are incredibly distinct from all other Pokémon, yet its design is also inextricably tied to the region that they hail from. This uniqueness amongst the Electric types the series has to offer makes it one of the best ever.

Another unique Legendary Pokémon in terms of design, Thundurus is one of the Forces of Nature, Legendaries introduced in gen V that players had to chase down in different areas of the map. Found in Pokémon White, it is an Electric and Flying-type Pokémon that can give players a boost before facing down the Elite Four, as well as the Champion and battles beyond the Champion.

Thundurus’ design is clearly influenced by stories of jinn and genies, with the character’s Incarnate Forme floating on a cloud and glowering at players and enemies. The method of catching it, trying to chase strange weather patterns around the map, stands out as a unique experience within the Pokémon series. It also doesn’t hurt that its stats in both Incarnate and Therian Forme are formidable, allowing Thundurus to match up against the other legendaries the player may encounter in the game.

There’s always something special about a Bug type that’s actually strong. Traditionally the weakest typing of Pokémon, Bugs are generally used as fodder early on in most games for the player to easily level up a Starter, while also introducing them to catching Pokémon with some easy pickings. Vikavolt is not that sort of Pokémon. The Bug and Electric type boasts a base special attack stat of 145. That’s equal to the special attack for Thundurus’ Therian Forme, on a Bug-type Pokémon.

While slow, Vikavolt’s overwhelming special attack stat, alongside strong base defense and ok-special defense, makes the Stag Beetle Pokémon a threat in any battle. If you don’t take Vikavolt down with your first attack, watch out, because it can one-shot you.

One of the original Legendaries, Zapdos is a triumph of character design. The Pokédex describes Zapdos as the Electricity Pokémon, and its design as a lightning-esque bird practically embodies electricity streaking across the skies.

While it’s just about equal to Articuno and Moltres in terms of relative power and base stats, Zapdos gets a boost in the form of Drill Peck, a strong and reliable Flying-type move that neither of the other Legendary birds get to learn. Combined with Thunder, Zapdos has the strength and flexibility to easily fit into a trainer’s party as they look forward to defeating the Elite Four, and still stands as one of the best Electric-type Pokémon ever made

What is there to say? Pikachu is Pokémon. When you ask just about anyone the Pokémon that they think of when they think about the games, the show, or any other related media property, chances are they’re going to say Pikachu’s name. It serves both as a mascot and a defining force, the Pokémon that always sticks with its trainer, becomes stronger, and tries to tackle the problems in front of it no matter the odds.

There are plenty of faster, stronger, and more powerful Pokémon. But Pikachu is the foundation upon which Pokémon was built, and it’s impossible to say that that foundation isn’t a strong one, as Pokémon remains one of the biggest video game series in the world. Pikachu (and, perhaps more importantly, Ash’s Pikachu) is stubborn, fun-loving, full of individual character, and routinely shows off everything that Pokémon can be besides a turn-based adventure game.

It might not be the Pokémon you choose for a high-level fight in the game. But it is the Pokémon you want to be friends with. And for that reason, Pikachu is the greatest Electric type of all time.