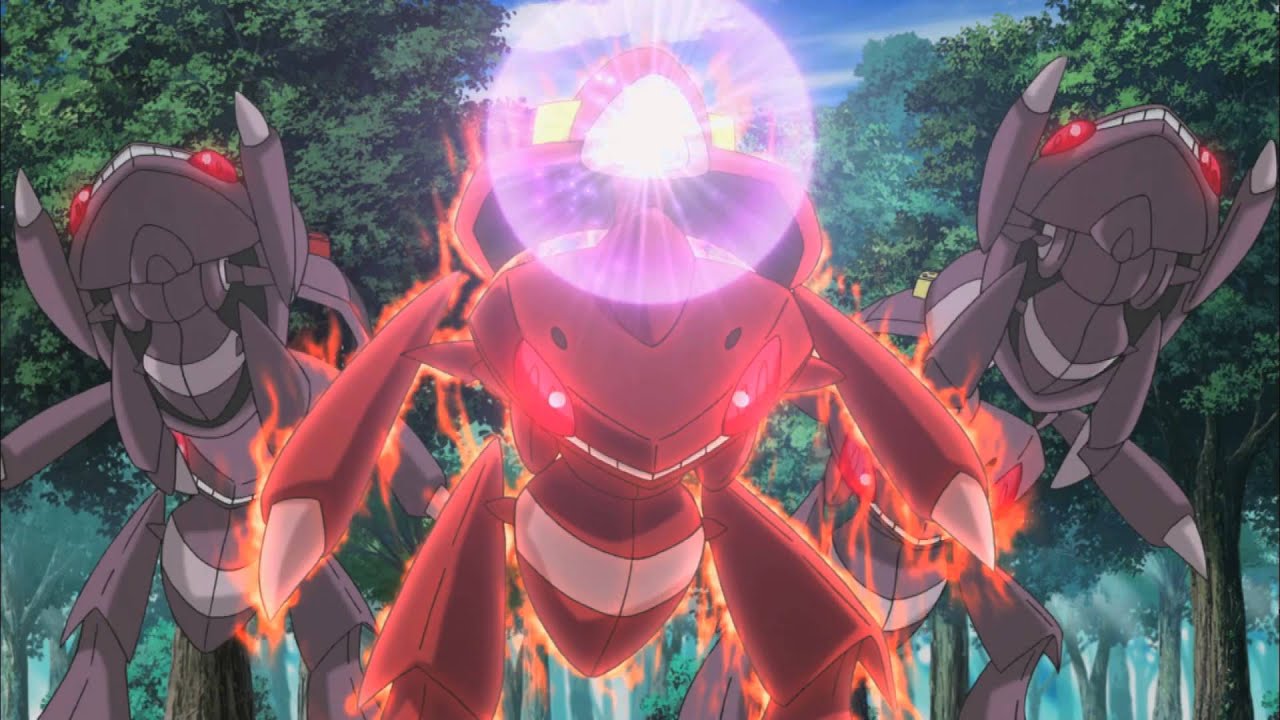 Most of the time, insects are disturbing. If you aren’t an insect-friendly person, it would be a nuisance if a bee was flying toward you or if flies got close enough to bite you. Despite our dislike for bugs in the real world, things are entirely different regarding gaming.

The colorful world of Pokémon is full of bugs, which generally belong to the Bug-type. Most Bug-type creatures look like insects, but they could be your buddy and main Pokémonalong the way. Just imagine three little Burmies following you around. How cute would that be?

But on a more serious note, the Bug-type is often associated with Grass and Poison-types because of its semblance to their nature, using elements often found in the woods or grass as part of their moves and aesthetic. Some of these Pokémon are cute and beautiful (hail Beautifly!), and some, well, not so much (sorry, Dustox).

There are not as many Pokémon moves available to the Bug-type as other types. Still, Bug-types are powerful and can provide damage, effects, and special conditions, mainly Poison. This includes Generation Two’s Fury Cutter, Generation Four’s Bug Buzz, Generation Seven’s Pollen Puff, and the G-Max move, Befuddle, which is the Gigantamax version of Butterfree can use.

Here’s our ranking of the 10 best Bug Pokémon of all time, based on stats, significance to the story, aesthetic, and overall impact on the community.

Vespiquen, like most insects, has wings. This dual Bug/Flying-type resembles a queen bee and looks fierce with its red eyes combined with the cybernetic aesthetic all over its body, but still covered with the black and yellow colors of a bee. Its waist-like protrusion is carved like a ball gown, which is directly connected to its thorax.

Vespiquen evolves from Combee. A female Combee evolves beginning at level 21, while its male version is currently unknown to evolve into any Pokémon. Some of Vespiquen’s Bug-type moves include Bug Bite, Fell Stinger, and Attack Order. It debuted in An Angry Combeenation! as the leader of a Combee colony, proving that it is the queen bee in Pokémon.

Its name says it all. Ninjask comes from the words “ninja” and “mask,” making it embody the speed of a masked ninja, as seen in its enormous speed stat of 160. It can use moves that involve speed, dealing good chunks of damage, such as Slash, X-Scissor, and Fury Cutter.

But what makes Ninjask special happens when it evolves from Nincada. This evolution can pave the way to the birth of another Pokémon, namely Shedinja, if you still have an empty slot in your party. Through this evolution, you’ll have not just a more powered Pokémon but an extra one, making Shedinja a special evolution of Nincada.

Now we are going back to Generation One with Beedrill. This Pokémon is one of the most established dual Bug/Poison-types to ever exist, especially when a handful of Beedrills debuted in The Bug Stops Here. Ash even caught one of those, but he gave it to a fellow trainer, Casey.

Beedrill looks menacing. Its red eyes mixed with the usual black and yellow body of a bee, then a pair of silver-colored wings and drill-like hands could intimidate other Pokémon. It can also Mega Evolve, making its drills four and horns sharper, as well as a boosted base stat total of 495. Be careful with its Poison-inflicting moves like Poison Sting and Poison Jab because these are undoubtedly annoying.

No one can deny how beautiful Beautifly is. Again, just like Ninjask, its name says it all. The elegance of Beautifly can be seen all over its aesthetic. An episode in Generation Three, namely Seeing is Believing, even emphasized its true beauty when it was compared to the lesser-appealing Dustox, one of the final forms of Wurmple.

Stat-wise, Beautifly may not be your best choice when it was released in Generation Three. But from Generation Four onwards, its special attack increased from 90 to 100, making its special attack Beautifly’s only three-digit stat. But still, Beautifly could compete against other Pokémon, especially in Pokémon contests. May even used it in various competitions in Hoenn, signifying Beautifly’s overall presence as one of the most visually appealing Pokémon to exist.

Accelgor has one of the coolest looks in Pokémon. Its fierce eyes matched with its arms crossed, and its suspended band is just epic. And what makes Accelgor more epic is that it‘s a pure Bug-type, which can use moves from the Poison, Water, Normal, Grass, Psychic, and Fighting types.

Its base stat total is impressive, listed at 495. But Accelgor shines most in terms of speed, wherein its speed stat is at 145. Watch out for its Bug Buzz, Final Gambit, and U-turn moves which can deal decent damage, as well as Accelgor’s natural speed that can make these moves harder to dodge.

If you look at it closely, Scyther looks like a mix of an insect and a dragon in one. Its green body cover provides armor, and its arms resemble a sharp scythe which can be deadly. Don’t underestimate this dual Bug-Flying type—Scyther is not called the Mantis Pokémon just for nothing, it can take out anyone if trained correctly.

Scyther has a base stat total of 500, with 110 for attack and 105 for speed. Pokémon introduced an evolution of Scyther, Kealvor, in Generation Eight.  Don’t worry about needing to evolve Scyther, it’s already strong on its own, especially if you’ll look to train it to learn moves like Fury Cutter, X-Scissor, and Air Slash.

Pinsir was introduced back in Generation One. This pure Bug-type Pokémon can use Bug, Fighting, and Normal-type moves, and some of its most offensive, high damage dealers include X-Scissor, Strength, Submission, and Superpower.

Pinsir has a light brown body topped with an oval mouth, sharp, long teeth, and spiky horns. When it Mega Evolves, it will grow light brown wings, longer and more spiky thorns on its horns, and all-yellow eyes that seem to make it look like being possessed with power. Pinsir quickly cemented itself as one of the most established Bug-type Pokémon to date, especially when it was one of the earliest to be released.

If you want to have a Pokémon that is the closest to a real-life insect, Heracross could be your best pick. Called the Single Horn Pokémon, Heracross resembles a huge beetle covered in blue armor.

Heracross’ is being highlighted by its long horn placed on the middle part of its head. It has a mouth that looks like a smile, two antennas on the side to compliment the horn, and its eyes are like charms

It can also Mega Evolve, adding a bit of red aesthetic to Heracross, as well as claw-like hands, all while making its horn even longer. From a base stat total of 500, it raises to 600 when it becomes its powered version. Ash caught Heracross in A Sappy Ending after an encounter with Pinsir, making it a great addition to his party.

The only Legendary Pokémon on our list, Genesect is a powerhouse when it comes to being an offensive machine.

Genesect can adapt its signature move, Techno Blast, to any type depending on the Drive inserted on its cannon placed on its back. It becomes Electric-type if it has the Shock Drive, Fire-type for the Burn Drive, Ice-type for the Chill Drive, and Water-type for the Douse Drive.

Its base stat total is listed at 600, with its attack at 120 and speed at 99. Aside from Techno Blast, Gensect can also use high damage-dealing moves such as Zap Cannon, Bug Buzz, and the infamous Self-Destruct. This Legendary Pokémon starred in the movie Genesect and the Legend Awakened, where Genesect faced Mewtwo, one of the strongest Pokémon to ever exist.

Finally, we have Scizor, the Pincer Pokémon. It’s kind of funny to think that Pinsir is not the Pincer Pokémon, but Scizor’s looks embody the Bug-type, as well as its moves and skills that put it in the top spot of our list.

In terms of its aesthetic, Scizor has it all. It has wings, full-scale, orange-colored armor, and the iconic pincers on its hands wherein you can somehow feel the pain it can cause if you get to pinched by those. Scizor also possesses Steel-type, making it an offensive and defensive threat simultaneously.

Scizor’s base stat total is 500. But once it Mega Evolves, it raises to 600. It also makes its overall look more menacing and harder to deal with, especially with the added metallic armor and teeth on its claws. Level it up to learn powerful moves like X-Scissor, Iron Head, and Slash to unleash its full potential. Overall, Scissor has the looks and power to prove that it is the best Bug-type Pokémon ever.