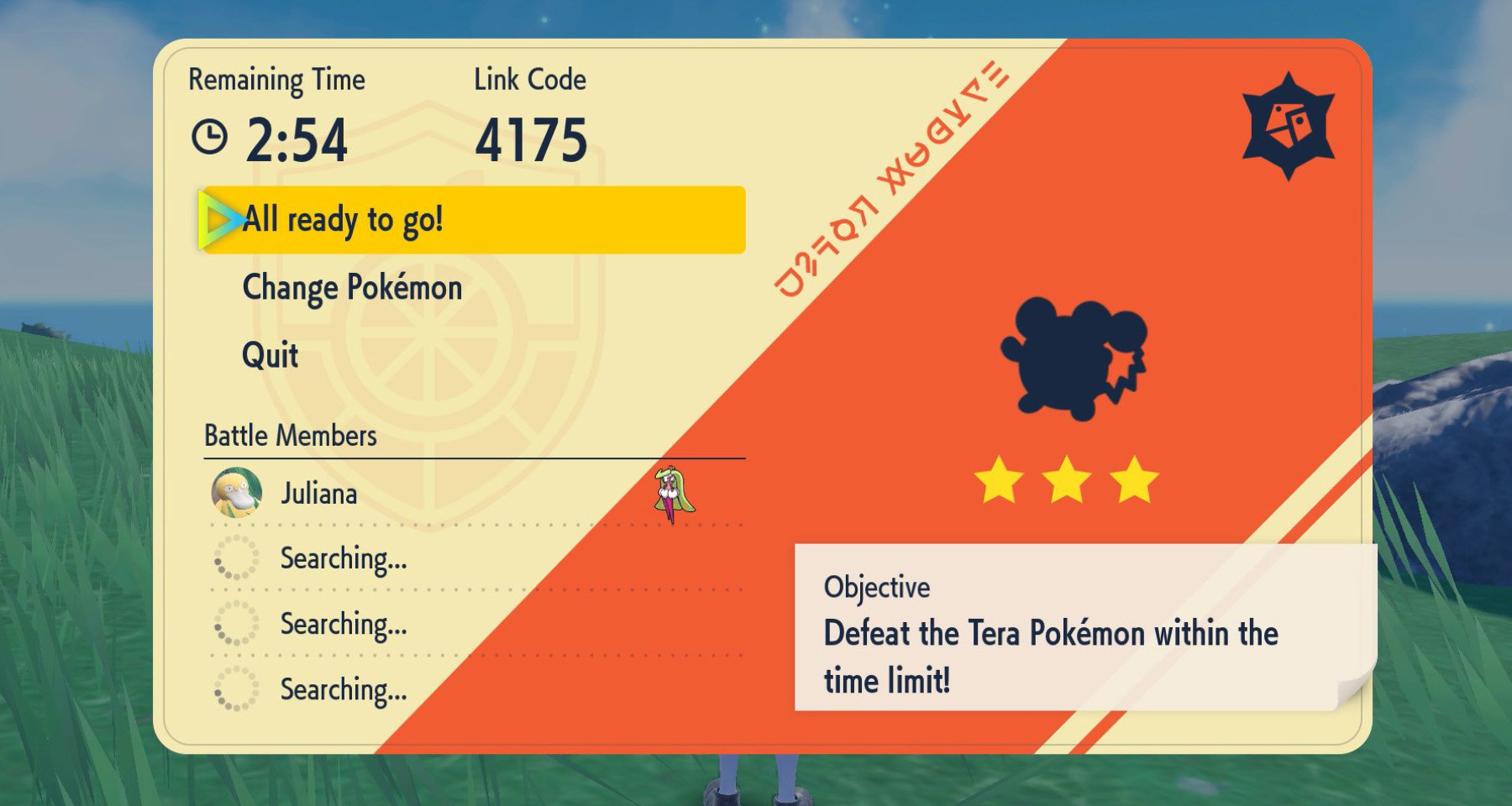 Raid Battles are returning to Pokémon Scarlet and Violet following their introduction in Pokémon Sword and Shield. This time, however, instead of focusing on Dynamax, they’ll focus on a new mechanic in the Paldea region: the Terastal phenomenon.

Tera Raid Battles act as another way for players in Scarlet and Violet to interact with one another. These appear to be accessed by interacting with clumps of crystals inhabiting the lands of Paldea, bringing players into dens to take on a Terastal Pokémon.

For the first time in the series’ history, players partaking in Tera Raid Battles will not be confined to a turn order. Instead, they can use moves, items, and more with an allotted move timer, meaning multiple players can take actions at the same time—but likely that the opposing Tera Pokémon can attack in response.

All Pokémon in the Paldea region can Terrastallize, some gaining new types depending on their Tera type. This can be done by having a Pokémon interact with a Tera Orb, which must be recharged after every use by interacting with these crystals or by visiting Pokémon Centers.

Pokémon that appear in Tera Raid Battles can have Tera types that do not match their original typings, such as a Fire-type Driflimb or Grass-type Eevee. Players will have a chance to catch these special Pokémon after defeating them within the time limit.

To access Tera Raid Battles with other players online, a valid Nintendo Switch Online membership is required. They can also be done offline, where players will likely be able to supplement real players with NPCs like in Sword and Shield.

Players can look forward to this new take on Raid Battles with the official release of Pokémon Scarlet and Violet on Nov. 18.