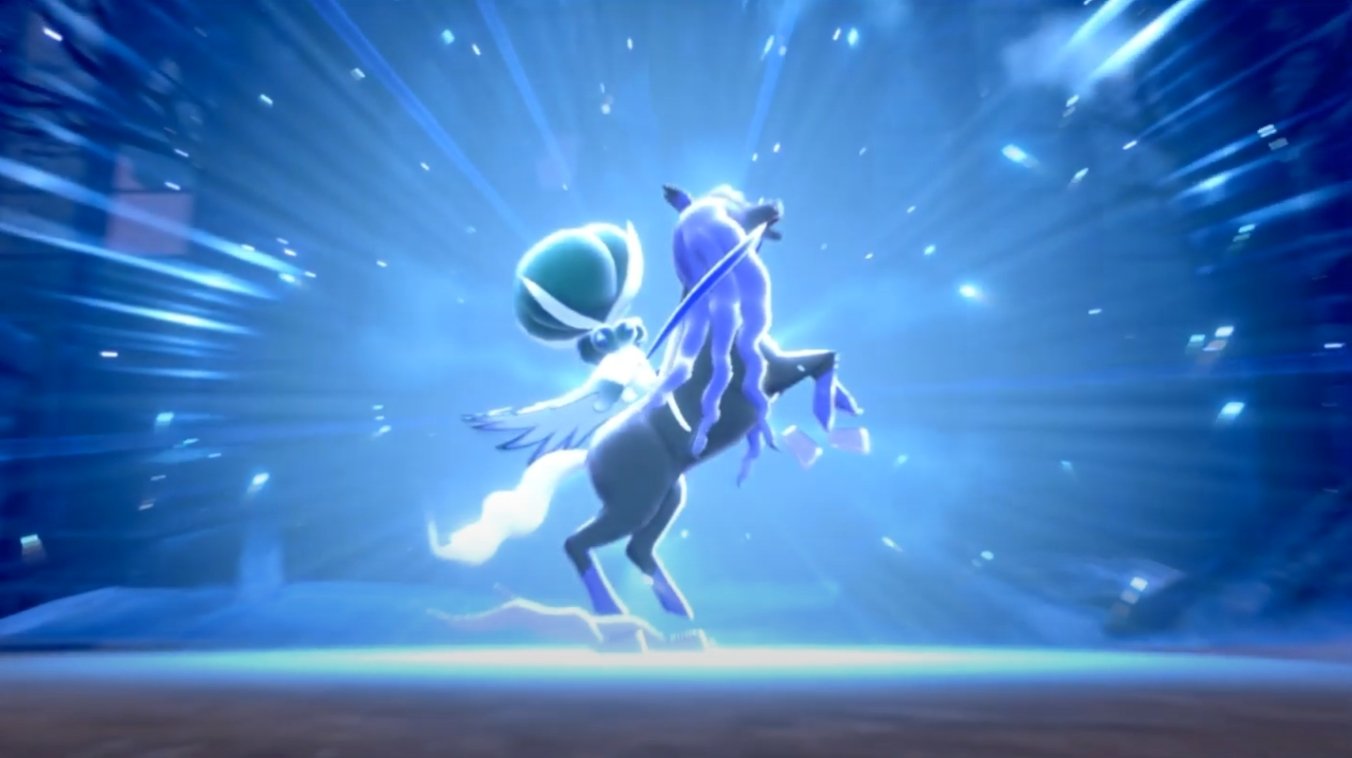 Having to choose between Pokémon is nothing new considering every player has to do it when they pick their starter at the beginning of every game. But when the choice is between two legendary Pokémon, the decision might be a little harder to make for some.

Just like how every player could only get one of Kubfu’s evolutions in the Isle of Armor, The Crown Tundra includes two similar choices involving some legendary Pokémon that were added in this DLC.

Along with Calyrex, two new legends—Glastrier and Spectrier—have been added to Sword and Shield. Each of them is powerful in their own right, with only their typing, stats, and abilities really pushing them apart.

As you continue the main story of The Crown Tundra, you’ll be given a bag of Carrot Seeds by an NPC in Freezington. Calyrex will then let you know that you can pick between two fields to plant the Carrot Seeds in. But you can only go to one.

Depending on which field you go to, you’ll either grow a Shaderoot Carrot or Iceroot Carrot, which will be the favored food of Glastrier or Spectrier, respectively. Once you make this choice, you’ll know which legendary horse you’ll be getting as you continue the story.

As expected, Glastrier is going to be bulkier and slower than Spectrier while also having a massive attack stat. You can easily break walls with the Pokémon, but Ice-types are notorious for being terrible defensively regardless of stats—though its attack boosting ability, Chilling Neigh, should help mitigate that.

As for Spectrier, it’s the typical glass cannon, special attacker you would expect out of a Ghost-type. It likely won’t take many hits, but boosting its special attack with each knock out thanks to its Grim Neigh ability while also outspeeding a lot of Pokémon makes it a solid choice.

Glastrier and Spectrier could both carve out a nice space in competitive battling, but for this choice, just pick the one you like the most and roll with it.