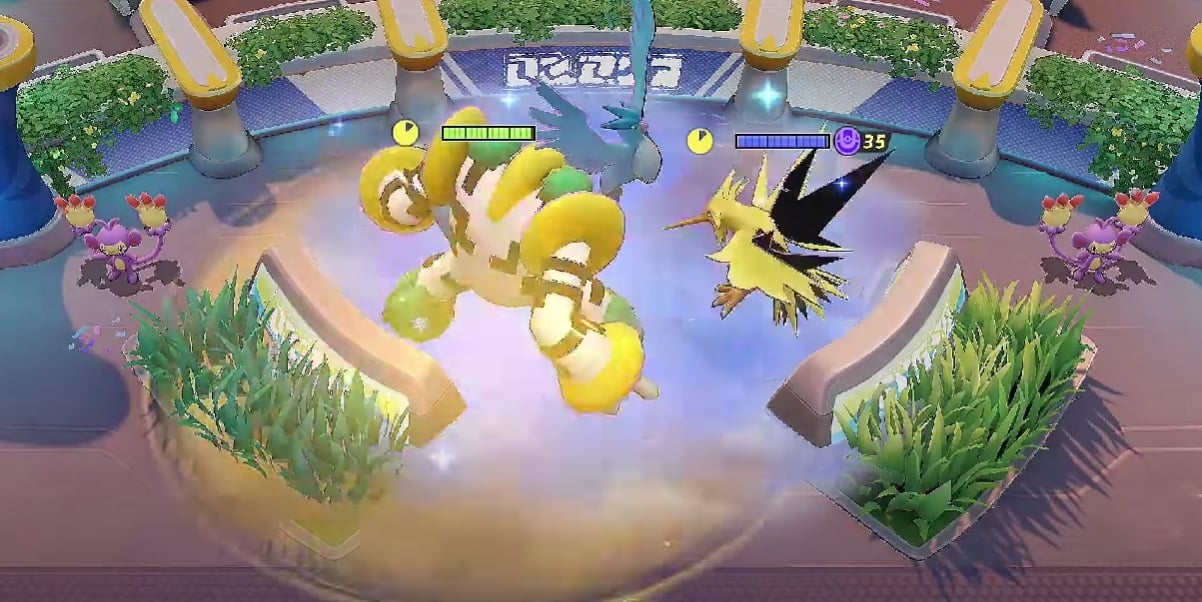 Weeks of speculation around odd data contained within Pokémon UNITE has finally come together, with TiMi Studio unveiling a new game mode that allows players to battle as the various wild Pokémon featured across its maps.

This new mode, called Catch ‘Em Battles, will have players starting a match normally with a Pokémon of their choice from the main roster. After battling and defeating a wild Pokémon on the map, however, players will be able to swap over and use that Pokémon and its abilities instead.

Essentially, players will participate in the game as intended, with the initial wrinkle of being able to occasionally swap out and become a wild Pokémon thanks to the “Capture Mode” feature. In the trailer, this includes various normal spawns like Tauros and Ludicolo, along with every key objective boss in the game, ranging from Dreadnaw and Rotom to Zapdos, Regigigas, and Avalugg.

The map being used for Catch ‘Em Battles is Mer Stadium, the usual four-on-four Quick Battle map, though based on the number of varied wild Pokémon shown in the trailer, it looks like players will be seeing a wider selection than the usual species who appear in that location.

Articuno, Rotom, and other standard wild Pokémon seem to remain, but Regigigas, Zapdos, Avalugg, Electrode, and more are also present from other maps. And not only do they all appear on the map, but they are spawning at the same time in new locations, with Articuno holding the top of the map, Dreadnaw appearing in the jungle, and Regigigas holding the middle of the map.

The exact details of the game mode have not been made public, but Catch ‘Em Battles is a four-on-four Quick Battle mode that will be featured in the rotation from May 30 to until at least June 27, though it does appear the developers will be making it a regular thing based on the trailer’s wording.

Based on the gameplay trailer, players must be the on to knock out a wild Pokémon to “capture” it and use it for themselves. And, once a captured Pokémon is knocked out, the player will instantly swap back to their normal playable Pokémon and lose access to their swap ability until they catch something else. More information will be available when the mode becomes available in UNITE on May 30.