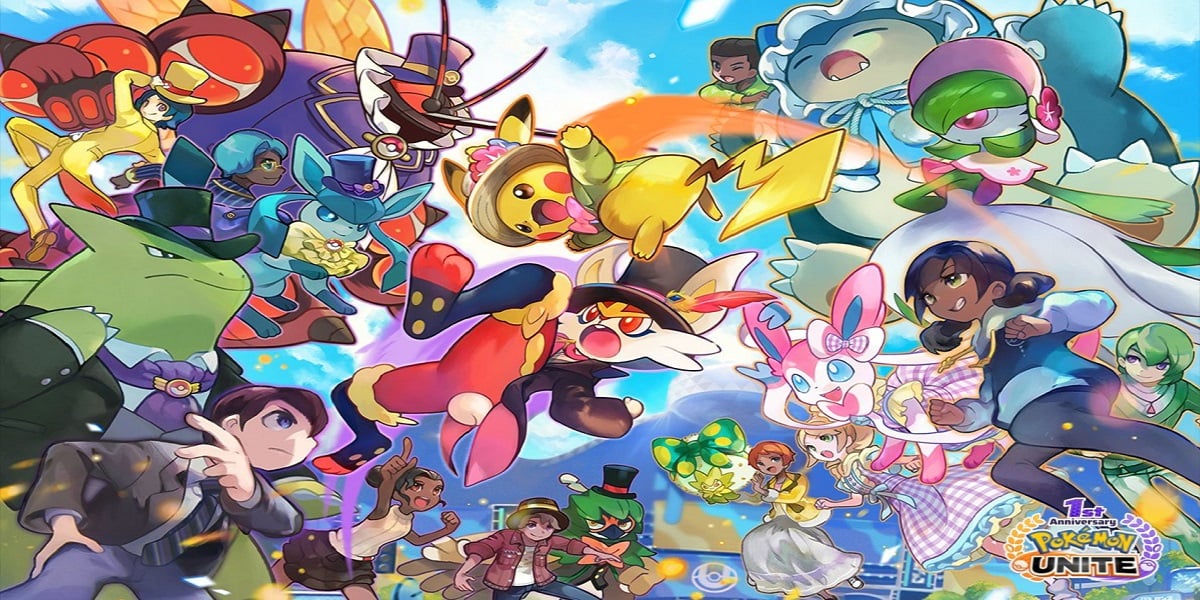 TiMi Studio and The Pokémon Company revealed today that Glaceon, Buzzwole, and Tyranitar will be the next additions to Pokémon UNITE’s champion pool, to celebrate the MOBA’s first anniversary for Nintendo Switch on July 21.

Glaceon will be the third Eeveelution that makes its way to the game after the Sylveon release in 2021 and the Espeon release in 2022. Glaceon will be added to UNITE on July 21 and can be obtained by simply completing in-game missions, in a similar fashion to Espeon, from July 21 to Aug. 14. TiMi Studio and The Pokémon Company will also release two different pieces of Glaceon Holowear alongside with its Unite License.

As for Buzzwole and Tyranitar, the first will be released on Aug. 4, while the latter will be available in UNITE on Aug. 16. Footage of the beta servers has already revealed that Glaceon will join as an Attacker and Buzzwole will be an All-Roudner. Three more Pokémon will also be added to the game in September to celebrate the first anniversary of the game for mobile devices.

But the celebrations don’t stop there. TiMi Studio and The Pokémon Company have developed a new quickgame mode called Boss Rush Mode, where players have to defeat larger bosses for rewards.

A variety of special event missions will be available over the course of the next weeks, in which players can earn rewards and Holowear, and celebrate the first anniversary of UNITE, the first official MOBA based on the Pokémon universe.