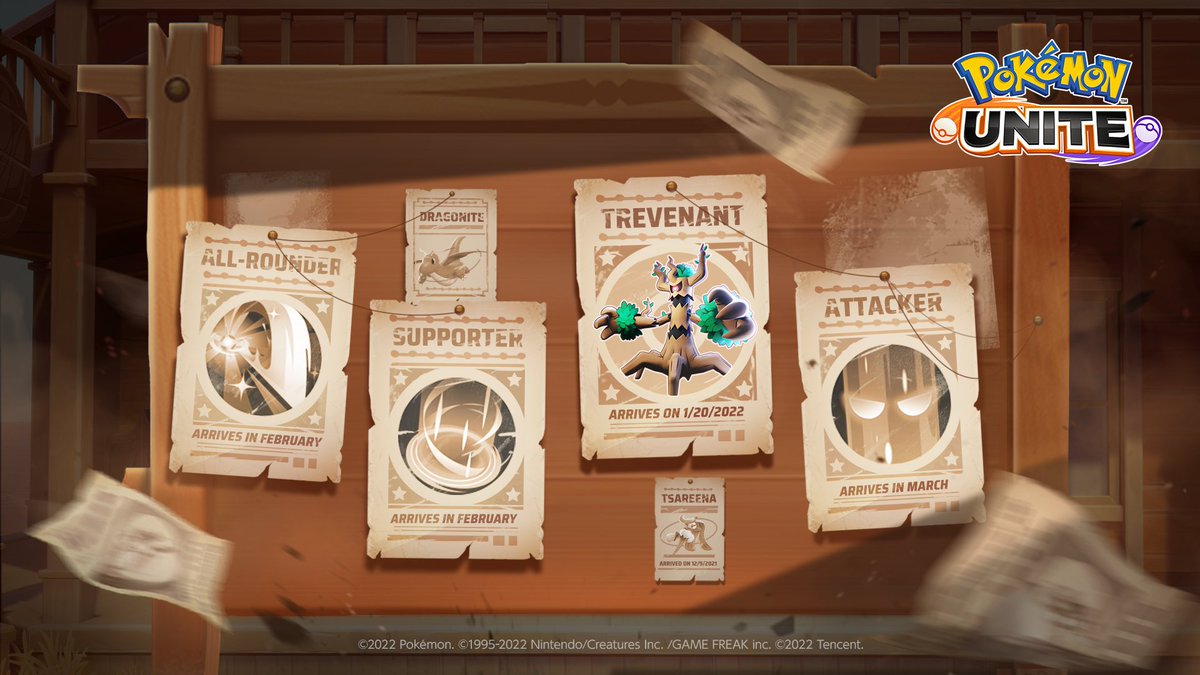 The Pokémon Company and TiMi Studio have revealed today what types of Pokémon will be making their way to Pokémon UNITE in the coming weeks.

The 10-minute MOBA game will add an All-Rounder and a Supporter in February, while a new Attacker will be released in March. A data mine from earlier this month revealed Aegislash is making its way into UNITE, but there are no clues regarding the other two Pokémon that will be added soon.

The latest addition to UNITE was Trevenant, a Ghost/Grass-type Pokémon from Generation VI that was added on Jan. 20. Trevenant plays as a Defender who pushes other Pokémon in the battleground while tanking damage for the team. He’s the 30th playable character in the game and the seventh Defender.

After Pokémon UNITE adds these three Pokémon to the champion pool, the game will have 10 Attackers, seven All-Rounders, and five Supporters. A large part of the community wants to know when The Pokémon Company and TiMi Studio will introduce a new Speedster to Aeos Island, though.

UNITE has not added a Speedster since the launch of the game in July 2021 for Nintendo Switch. The Speedster is a perfect fit for the jungler role, but the meta has shifted to All-Rounders or Attackers in the jungle due to their vast number of options.

It’s unclear whether the new additions will cost 8,000 Aeos Coins or 10,000. The devs have also given out some UNITE Licenses for free in the past, such as Tsareena and Greedent, so there could be another special in-game event in February or March.