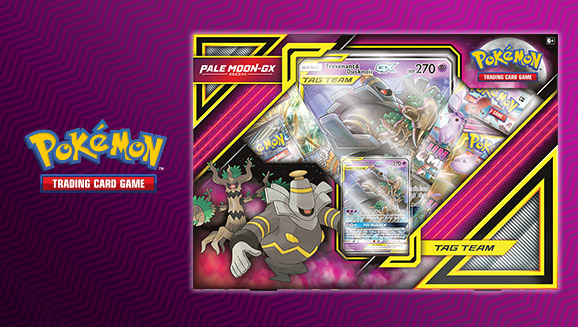 The Pokémon Company has revealed a new promotional box for the Pokémon Trading Card Game expansion that’s set to launch in October. It’ll come with a new Pokémon TAG TEAM GX card based around Trevenant and Dusknoir.

The Pale Moon-GX box set will have a bunch of exclusive goodies inside for every kind of trainer and is set to hit shelves in the West on Oct. 18.

The box will include the following:

The Pale Moon-GX box will follow the release of other similar promotional boxes and will be one of the first items of its kind to come with booster packs from the new Unified Minds expansion.

This will also be the second TAG TEAM GX themed box following the release of Magikarp and Wailord’s Towering Splash box, which became available at the beginning of the year.