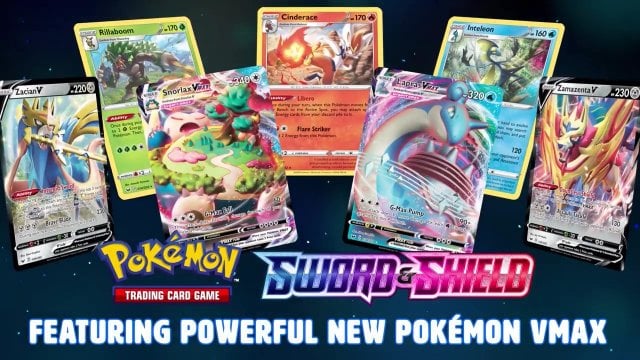 The first Sword and Shield cards will be released in the West in February 2020, nearly three months after Japanese players will get their hands on them.

Pokémon fans already knew that new V cards would make their debut in the set, but the introduction of the new VMax archetype will surely shake up the metagame.

VMax is the name given to Pokémon that can Gigantamax or Dynamax in the games. They’re powerful cards that require Pokémon V cards of the same Pokémon to play. They also seem similar to past Level X cards.

Like Tag Team GX cards, these creatures are powerful and will give the opponent three Prize Cards when defeated. The first cards seen using this VMax feature were Lapras, Snorlax, and Meowth.

Pokémon fans also got to see some new cards for the set, including Rillaboom, Cinderace, and Intelleon, in the latest trailer.