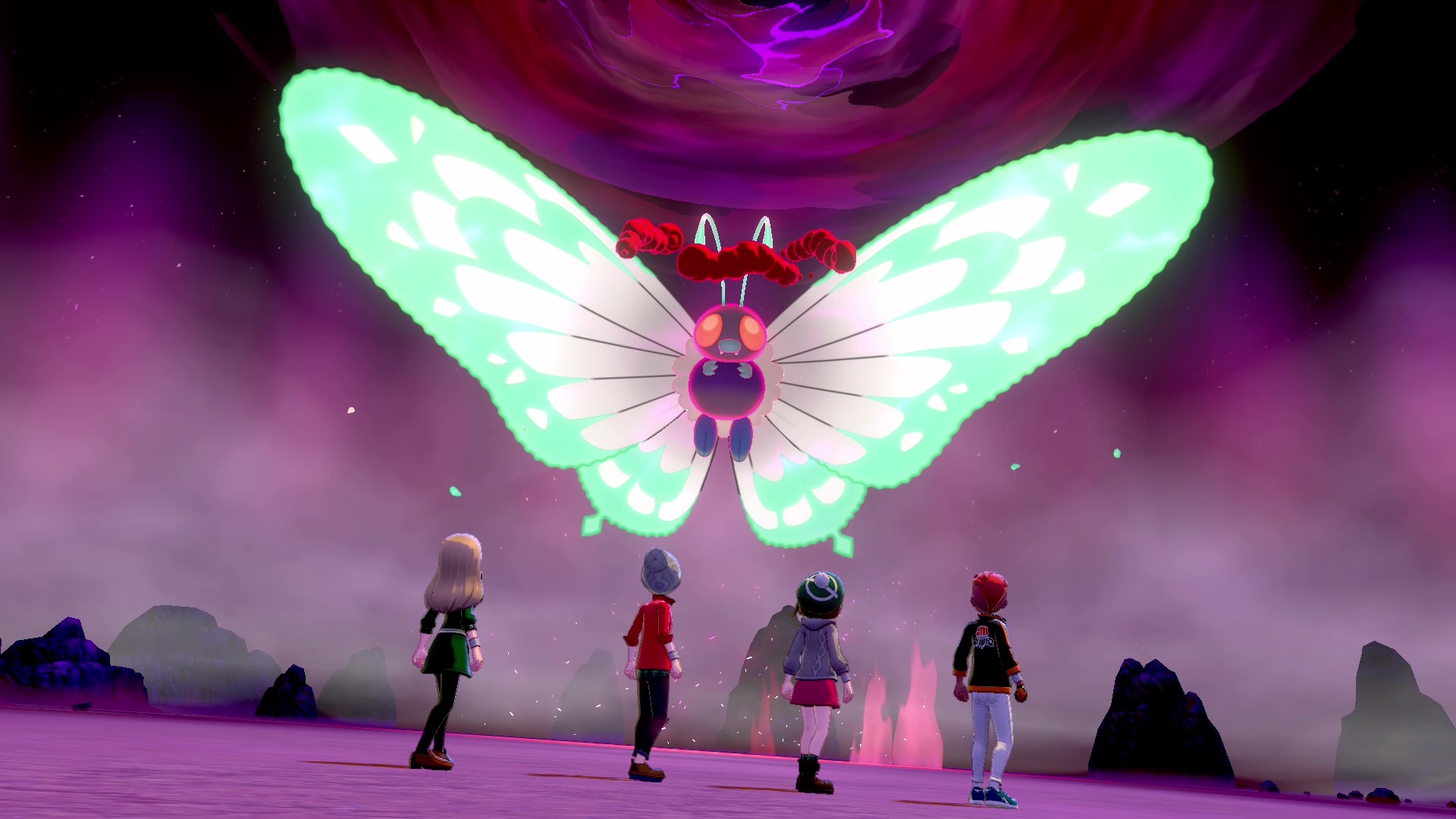 Pokémon Sword and Shield players will see a bunch of common Gigantamax Raids for the first few months after launch to entice trainers to team up and capture these rare creatures.

From Nov. 15 until January 2020, some Max Raid Battles for Gigantamax Pokémon will spawn more frequently in the wild. Gigantamax Butterfree, Gigantamax Drednaw, and Gigantamax Corviknight will be the typical Pokémon you can expect to see.

Drednaw will be more common in Sword, while Corviknight will be easier to find in Shield.

Gigantamax Pokémon are special creatures that change their appearance when used in battle. Right now, it seems like the only way to get one of these Pokémon is through the Max Raid Battles where four trainers team up for a chance to catch one.

Only one person will be able to catch the rare Pokémon in the end, however. This means that more common spawns for Gigantamax Pokémon will give all four trainers the chance to capture their own beasts, rather than one player just running off with the spoils.

Pokémon Sword and Shield launch on Nov. 15 for Nintendo Switch.