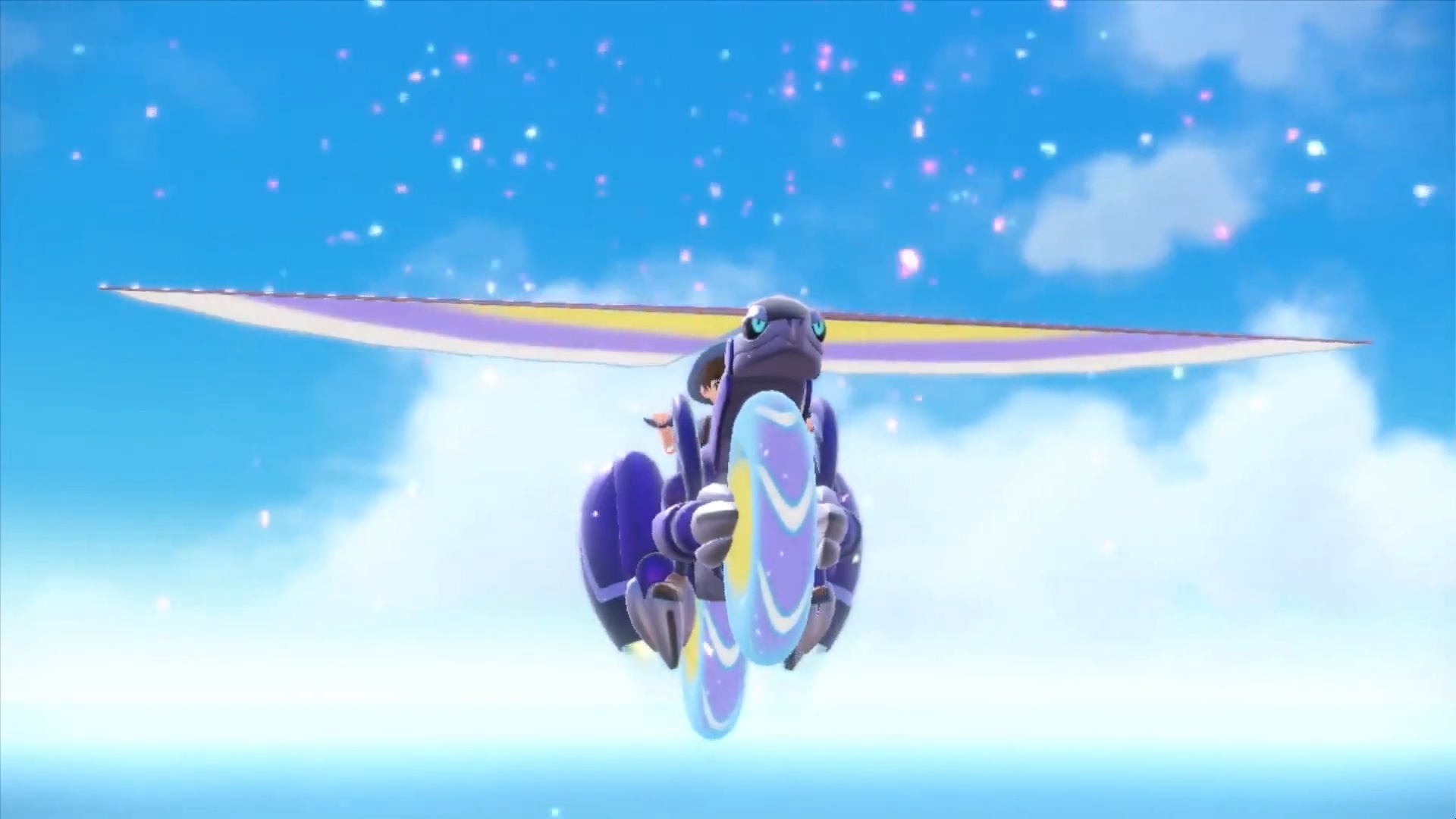 Riding Pokémon has been a feature included in almost all Pokémon games in some form, although recently in games like Pokémon Legends: Arceus, riding Pokémon has become a lot more nuanced. In Pokémon Scarlet and Violet, the feature returns, and players will be able to ride the two Legendaries pretty early in the game.

As revealed in the Pokémon Presents video that debuted on Aug. 2, Legendary Pokémon will play a bigger role in the overall story of Scarlet and Violet far earlier in the game than usual. Koraidon and Miraidon, the two box Legendaries are only added to your team in the late game, but they’ll be able to ride them much earlier.

In order to start your treasure hunt, you’ll need the help of the Legendary in your game to navigate the land of Paldea. Each Legendary will transform based on the terrain you are exploring. Take your Legendaries on land, water, and fly through the air based on where you want to go.

It is likely that there will not be a way to get both Legendary Pokémon without trading or buying a copy of the other game, so if you like a certain one, you’ll need to make sure that you’re buying the right version to go along with your choice in Legendary.