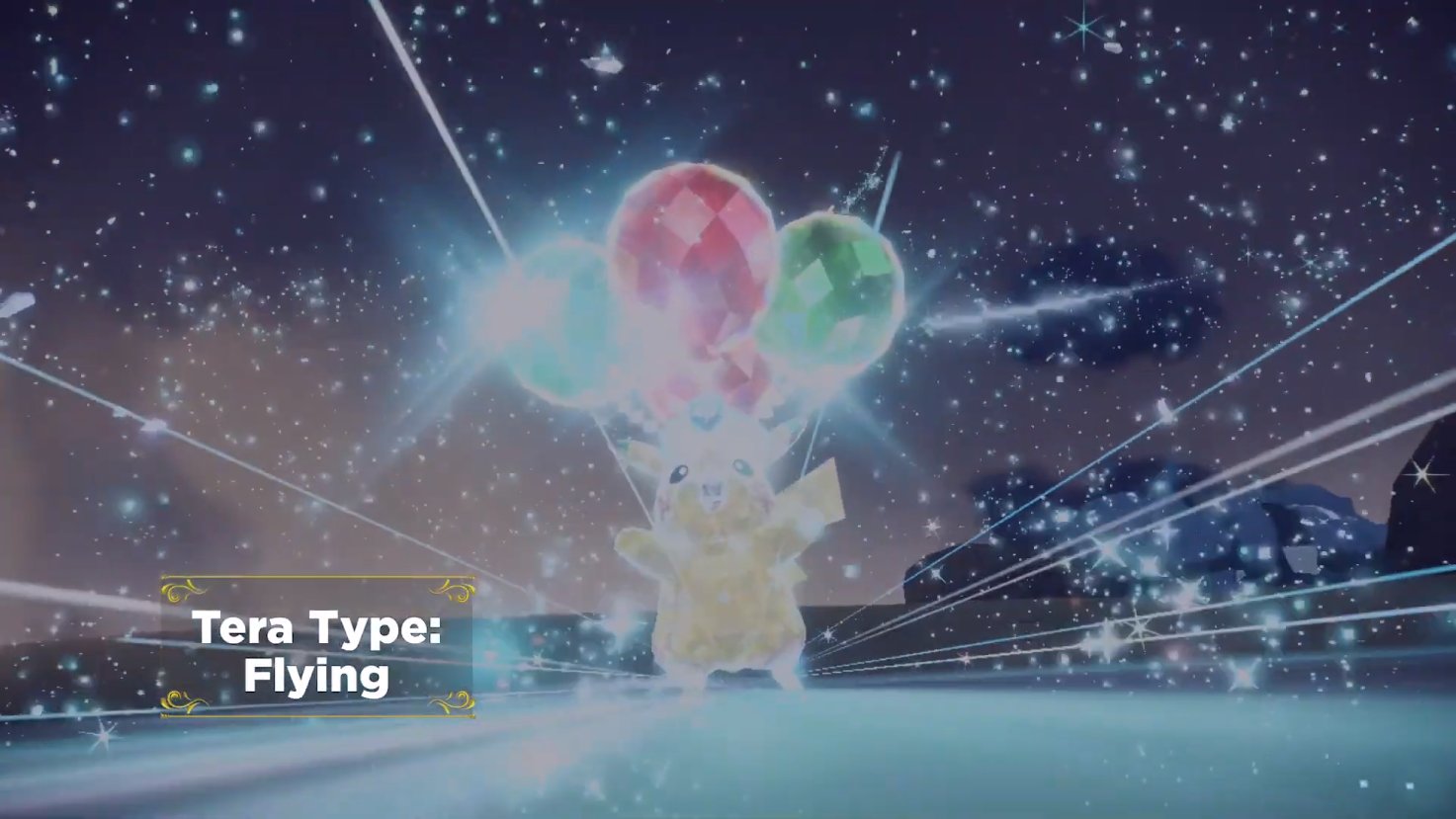 One of the games’ new features, Terastal Pokémon, gives the creatures a crystal-like appearance and the ability to change their types. The early purchase bonus for both games is a Flying-type Tera Pikachu.

The video says that the Flying-type Tera Pikachu is Flying type and knows the move Fly. This is the only way to obtain this version of Pikachu, according to the video, and it cannot be obtained through regular gameplay.

The fine text at the bottom of the video shows that the Pikachu will be available as a gift to claim until Feb. 28, 2023, and it takes “approximately 1.5 hours of playtime before you can access the Mystery Gift feature.”

The reveal video for Scarlet/Violet also showed off some multiplayer gameplay and revealed several of the game’s new characters in the open-world RPG, a first for the Pokémon franchise.

Pokémon Scarlet and Violet release on Nov. 18 for the Nintendo Switch.