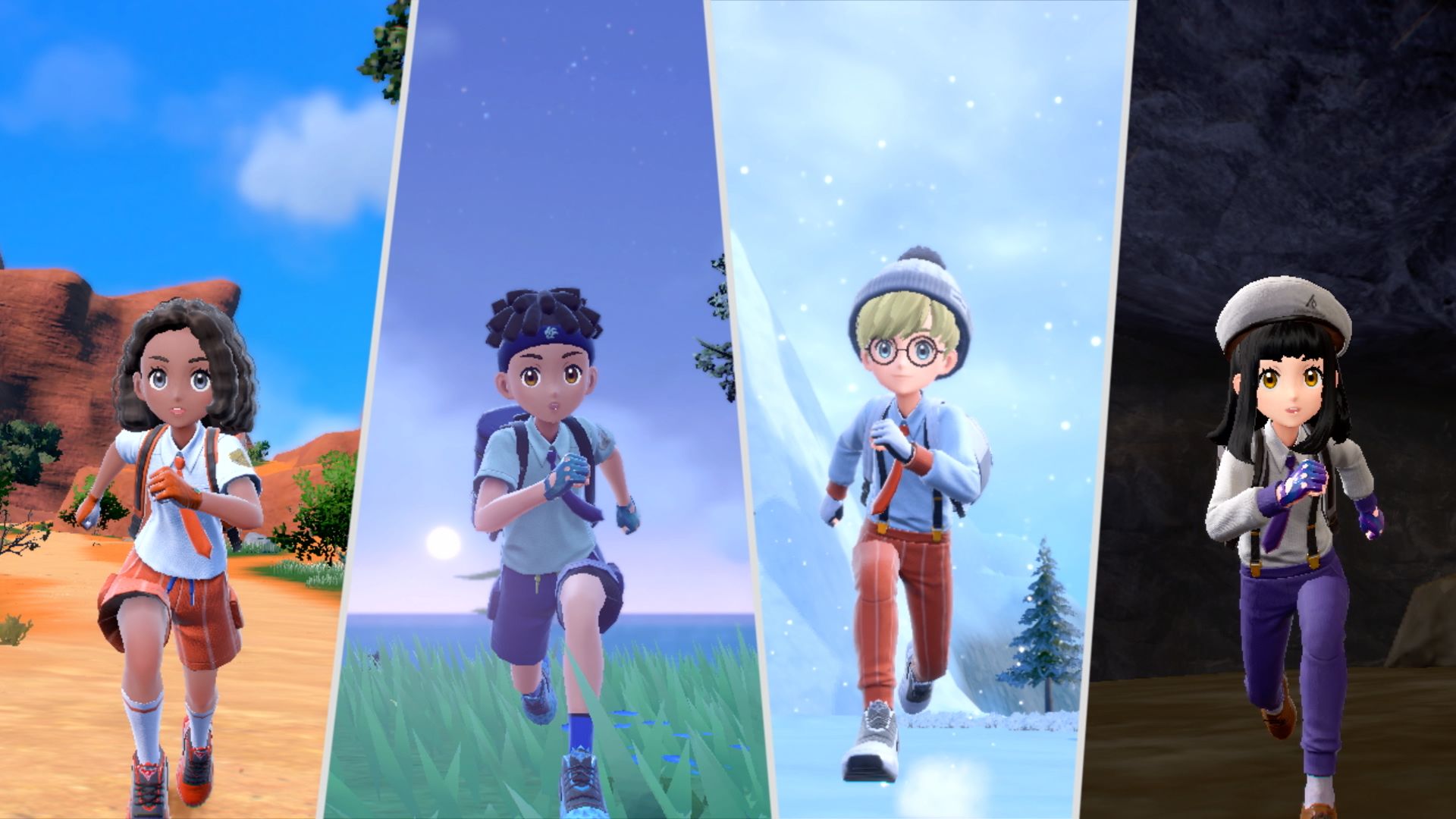 The latest Pokémon Presents presentation has revealed an abundance of new information regarding Pokémon Scarlet and Violet, including more insight on the new lands players will be traversing.

The newest entries in the evolving Pokémon series will have players exploring the lands of the Paldea region, complete with a multitude of different biomes that contain both familiar and new Pokémon aplenty. Players will be able to take part in three stories, battling the Gym Leaders and more, all up to the discretion of the player.

As explained in previous trailers, the Paldea region is traversable nearly without any limitations, allowing players to explore any area of their choosing in no specified order. This takes inspiration from both the Wild Area and DLCs of Pokémon Sword and Shield, as well as the premise of Pokémon Legends: Arceus in giving players full control of their movement and progression.

The trailer showcased that players will be able to traverse the land while riding the Legendary Pokémon Koraidon and Miraidon, who act as “partners” in your adventure that adjusts to the terrain you utilize. Paldea is also home to the Terastal phenomenon, which crystallizes the creatures and brings out new potential within them—even new types.

In the open lands of Paldea, players can use Pokémon Centers that scatter the wilds even outside of cities to heal their Pokémon, purchase items, and more while not having to halt their exploration. Another series first allows for players to travel Paldea in parties of up to four using online co-op.

They’ll also be able to take part in Tera Raid Battles together, an expansion on the Raid Battles feature from Pokémon Sword and Shield, this time giving each player a move timer rather than turn order.

Players can look forward to exploring Paldea and unraveling the mysteries surrounding the Legendary Pokémon Miraidon and Koraidon when Pokémon Scarlet and Violet release for the Nintendo Switch on Nov. 18.