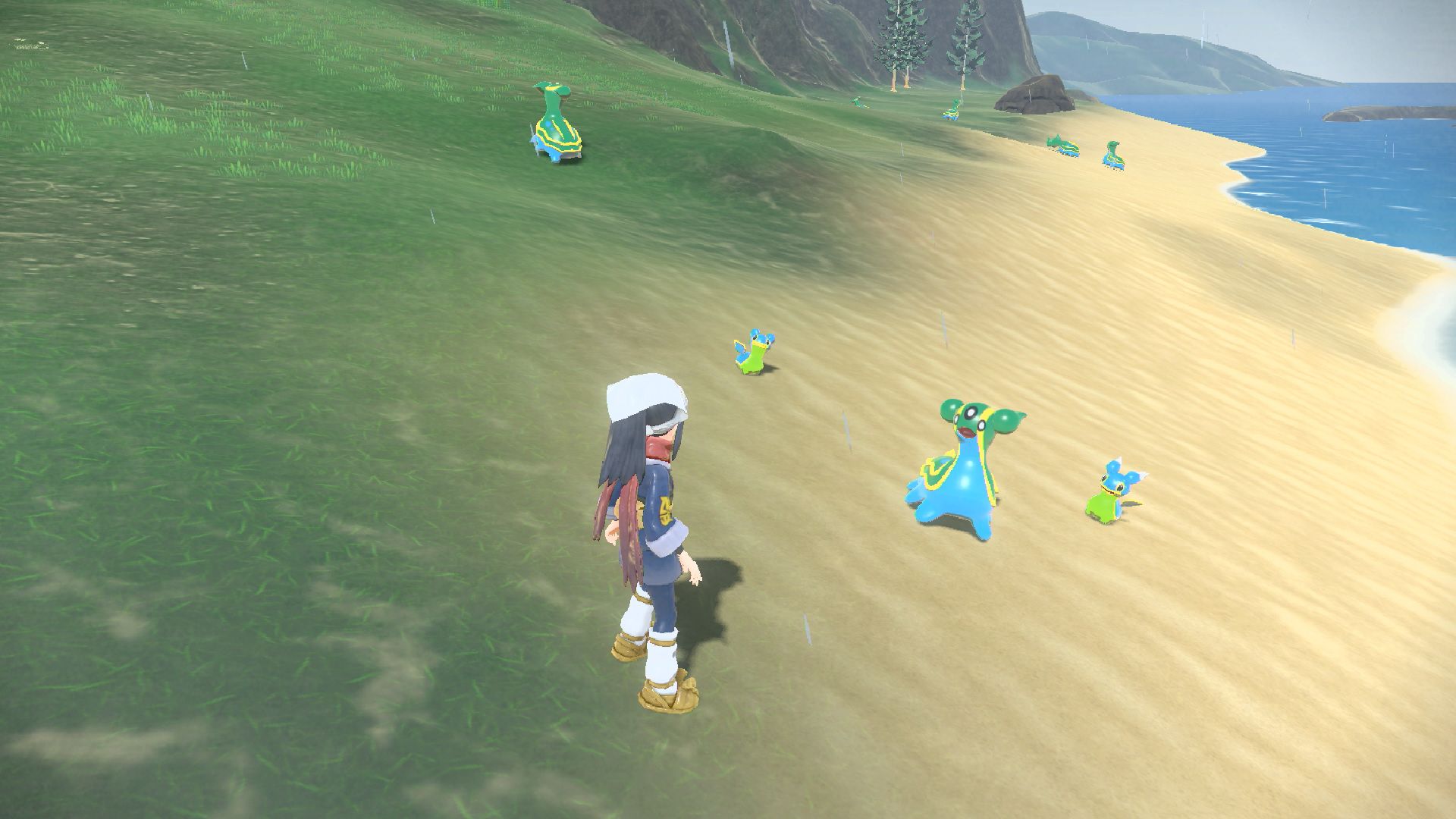 Leaked information is providing plenty of details on new mechanics in Pokémon Legends: Arceus. The latest bit of details shows off what seems to be an altered version of the Swarm/Mass Outbreak encounter method that’s been updated for the semi-open world game.

These Mass Outbreaks are just one of several special encounter methods in Arceus’ overworld. But players with early copies of the game have already pointed out that this is likely going to be the best way to Shiny hunt in Hisui.

Based on the data, players will start hearing reports of Mass Outbreaks as they progress through the game. These special events will see a specific species of Pokémon spawning nearly endlessly in a set area for a specific amount of time.

Because we still don’t have all of the details surrounding Mass Outbreaks yet, all we know is that the specific species of Pokémon will continue to spawn until a message saying “the reported Pokémon seems to be gone” appears, signaling the end of the event. But it does look like these special encounters do give players a higher chance to run into a Shiny Pokémon.

One NPC shown in the leak has text that mentions a Pokémon in a Mass Outbreak being a different color than the others, which could hint at the increased Shiny odds being accurate. We’ll still need to wait for Arceus to officially launch on Jan. 28 before we can find out everything about this mechanic. But at the very least, it seems Shiny hunters will have a new method to try out.