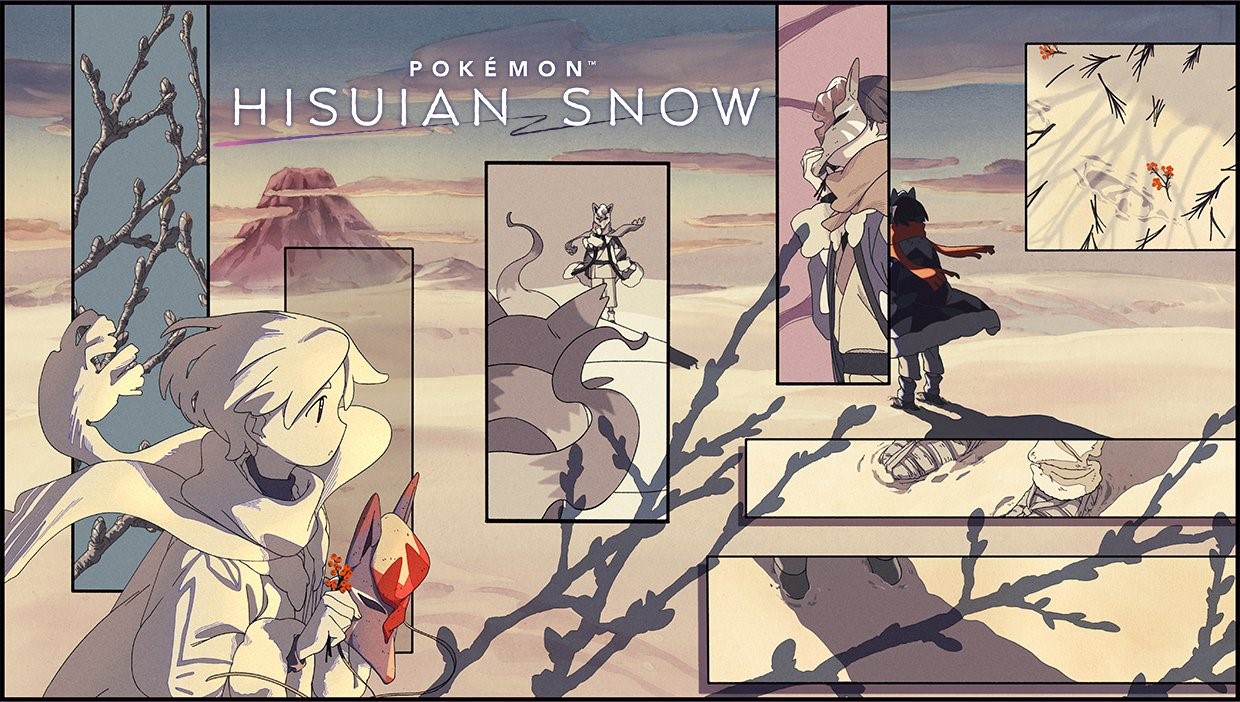 The Pokémon universe is getting a new limited animated series, The Pokémon Company revealed on Twitter today. Produced by Japanese anime studio WIT STUDIO, Pokémon: Hisuian Snow is set to premiere on May 18 on Pokémon TV and the official Pokémon channel on YouTube. It will run for three episodes.

Pokémon: Hisuian Snow is set in Hisui, an ancient land also featured in Pokémon Legends: Arceus, which later became known as Sinnoh. The animation follows a boy named Alec, who may change his view on Pokémon forever after an encounter with a Hisuian Zorua.

Alec’s father fears Pokémon and has “taught him that people and Pokémon cannot live together,” according to the series’ official description provided by The Pokémon Company. Alec, who dreams of becoming a doctor, sets out to the Hisui region in search of medicinal herbs. He has only been there once before, accompanying his father when he was younger. Now, after encountering a Hisuian Zorua, he is about to find out that the relationship between Pokémon and humans may not be exactly what he was taught.

Pokémon: Hisuian Snow will be directed by Ken Yamamoto (The Promised Neverland) and written by Taku Kishimoto (Haikyuu!!, Erased), with character design by KURO and music from Conisch. Alec will be voiced by Koki Uchiyama as a young adult and Rie Kugimiya as a child, while his father will be voiced by Rikiya Koyama, according to a press release shared by Crunchyroll.

You can catch the first episode of Pokémon: Hisuian Snow when it comes out on May 18 on Pokémon TV and the official Pokémon channel on YouTube. More information and trailers should be released in the coming weeks, as well as release dates for the other two episodes.