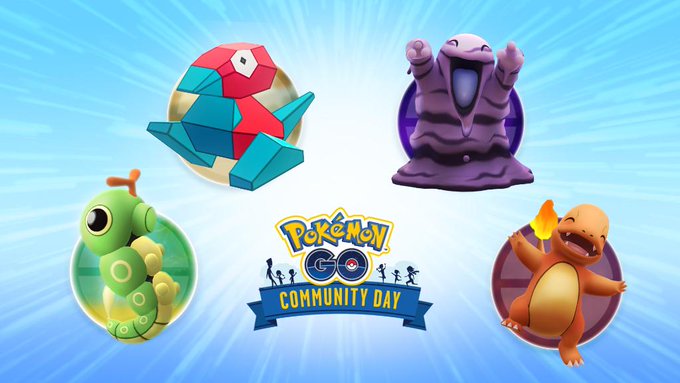 The next Pokémon Go Community Days for September and October will be determined by the players once again, Niantic announced today. This has already happened this year for the June and July Community Days.

Trainers will choose between Porygon, Charmander, Grimer, and Caterpie. Niantic hasn’t given details about the voting system or each Pokémon’s event-exclusive move yet, but it should follow the same model as past months.

The last Community Day voting period ran for 24 hours through a Twitter poll. The Pokémon with the most votes was selected as the June Community Day, while the second-place creature was featured in July.

Community Days take place for a few hours monthly in Pokémon Go. Trainers can encounter a special Pokémon with a chance to learn a previously unavailable move for that Pokémon or its evolution, aside from other benefits.

Out of the four, only Charmander has appeared in a Community Day before, but it was two years ago in May 2018. August’s Community Day happened on Aug. 8 featuring Magikarp.