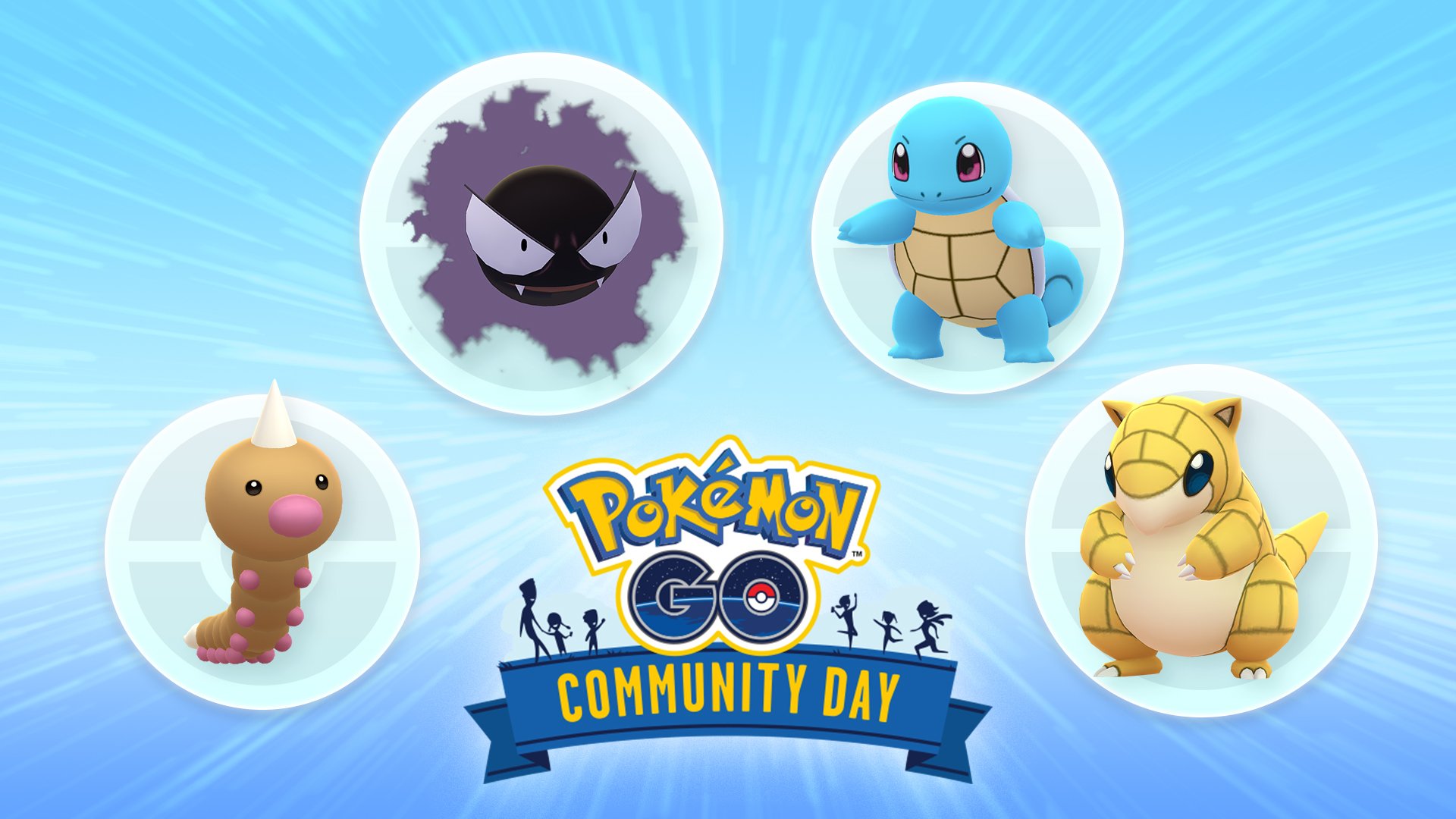 Pokémon Go Community Day voting is back with a slight twist. Niantic is completely switching the voting method to Twitter polls, the company announced today.

Four Pokémon are going to be put into a single poll that will run from May 23 to 24 on the official Pokémon Go Twitter account. The two highest placements will be featured during the next two Community Days.

Niantic has predetermined the four Pokémon for the first round of voting, though the move to a fully player-selected Pokémon pool could happen in the future. But fans will have the choice between Squirtle, Weedle, Gastly, and Sandshrew in the upcoming poll.

With the reveal of the four choices, Niantic also let players know what event-exclusive moves each Pokémon will be learning once fully evolved during its Community Day, which is one of the main draws for each event. Here are what players will be able to select from in terms of the event-exclusive movepools.

The poll will begin at 8pm CT on May 23. It’ll run for a full 24 hours to determine the Pokémon that trainers most want to see in the June and July Community Days. The winners will be announced shortly after the voting ends, though it should be obvious based on the Twitter poll results which two have been selected by the players.

The Pokémon with the most votes will be featured in the June Community Day, while the second-place finisher will be July’s. Any additional details about each event, like the bonuses included in each of the Community Days, will be announced at a later date.