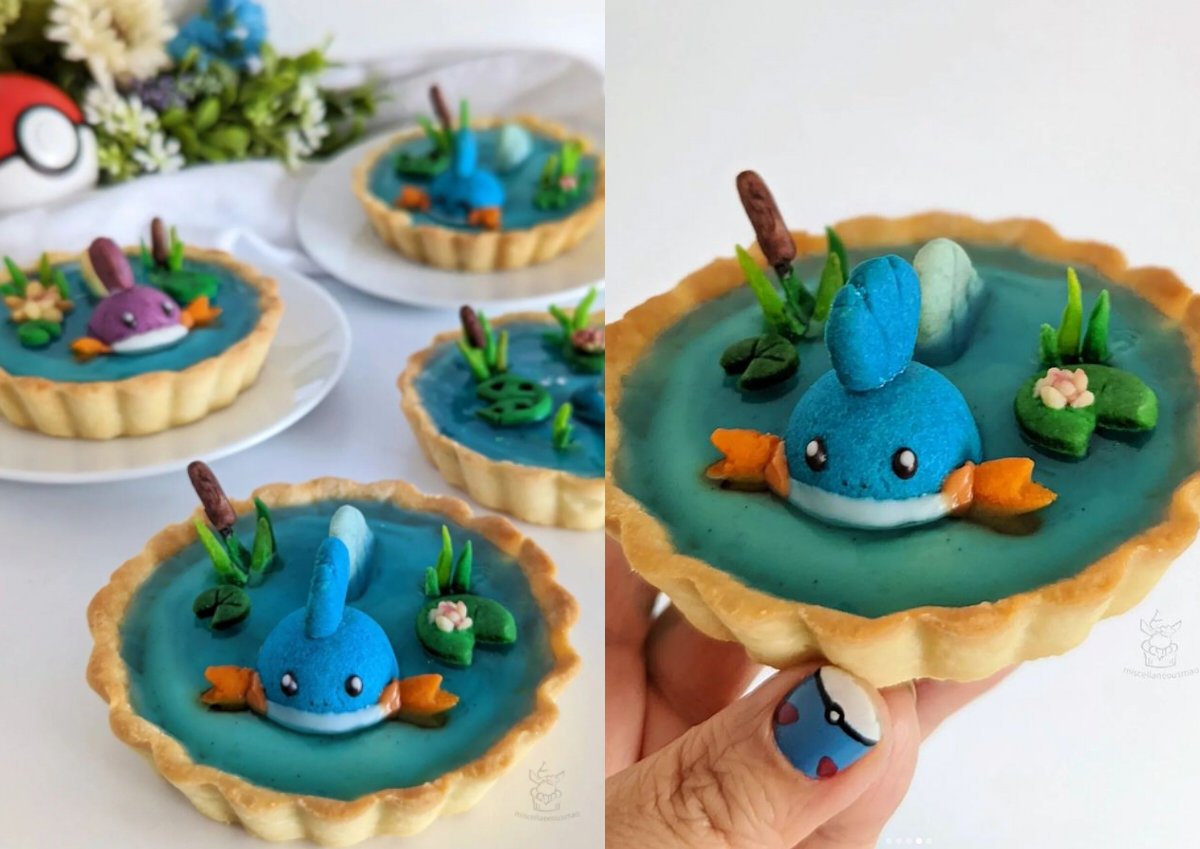 You’ve probably seen plenty of Pokémon fan art floating around on social media. But have you ever seen Pokémon baking art?

Pokémon fan and self-professed amateur baker miscellaneousmao shared a video of some absolutely adorable and very delicious-looking Mudkip tarts she created. The clip shows her forming the Mudkip heads with tart dough, then using frosting and small dots of chocolate to create the face. After filling the head and the tart with vanilla bean pastry cream, she placed a layer of jelly on top of the tart, which made them look like water. Once the jelly was in place, she carefully set the Mudkip’s head and tail on the top of the pastry alongside other decorations, like mini cattails and lilypads.

The tart in question wasn’t the only one miscellaneousmao made. At the end of the video, she showed off several similar ones that she made, including a Shiny variant with fun purple coloring. She gently shook one to show off the jiggle of the jello, which was extremely satisfying. The tarts are fully edible, but why would you want to snack on one when they look this good?

In the comments, miscellaneousmao shared some insights into the tart creation process and responded to the many kind compliments she received. One fan joked that if she ever sold them, she should randomly include a Shiny Mudkip in some orders. Another eagle-eyed viewer spotted the tiny Lotad that she included on a few of the tarts.

More of miscellaneousmao’s work can be found on her Instagram profile. Bravo on the adorable sweets.