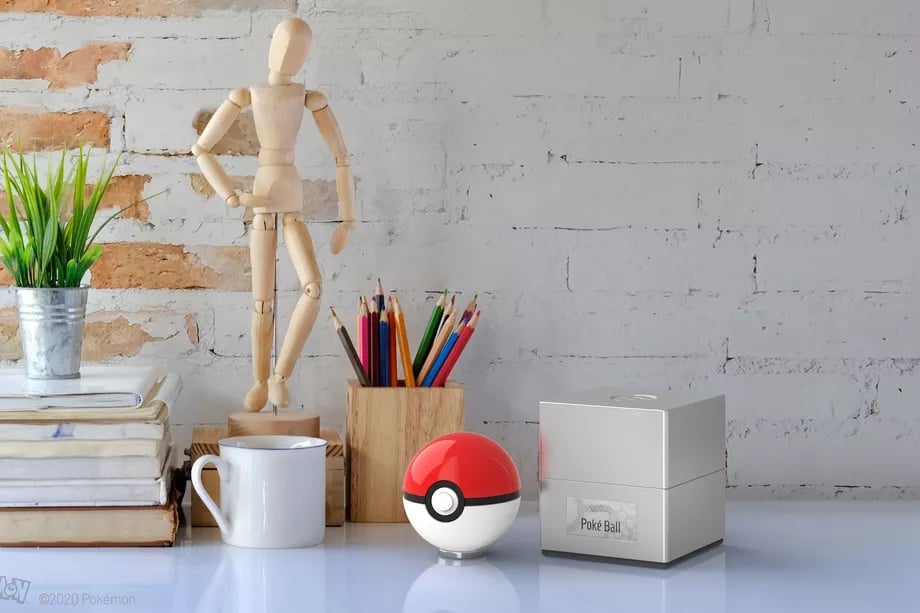 Photo via The Pokémon Company and The Wand Company

The Pokémon Company and The Wand Company are collaborating to create a premium Poké Ball replica, they announced earlier today. The Wand Company is known for creating high-end merchandising such as Star Trek mood lights and communicators.

The Poké Ball replica will cost around $100 and can be pre-ordered now, although it’ll be officially released on Feb. 27, 2021. It will also kick off a whole series of high-end merchandising with Great Ball, Ultra Ball, and Premier Ball replicas being released at a later date.

A limited replica version will be sold exclusively in the Pokémon Center too, but The Pokémon Company has yet to reveal the details about this.

The Poké Ball replica will come with a presentation display case, a display ring, an illustrated manual, and batteries. It will react to proximity by lighting up when being approached by something.

To justify such a high price, the device will be created using the best materials possible, with a “detailed metal shell and a deeply colored, high-gloss lacquer finish,” a “highly polished stainless steel” display ring, and other perks.

It won’t be able to open or catch Pokémon, but it will light up following a “Pokémon-catching illumination sequence.”

Its whole description can be found on The Wand Company’s official page, including the list of authorized retailers for different regions.

The Wand Company also warned that “this Poké Ball must never be thrown. This Poké Ball is not a toy – it is a collector’s display piece, designed for display only. It has a premium finish, is made of heavy die cast metal and should be handled with care. Throwing the Poké Ball will damage it and may injure someone.”