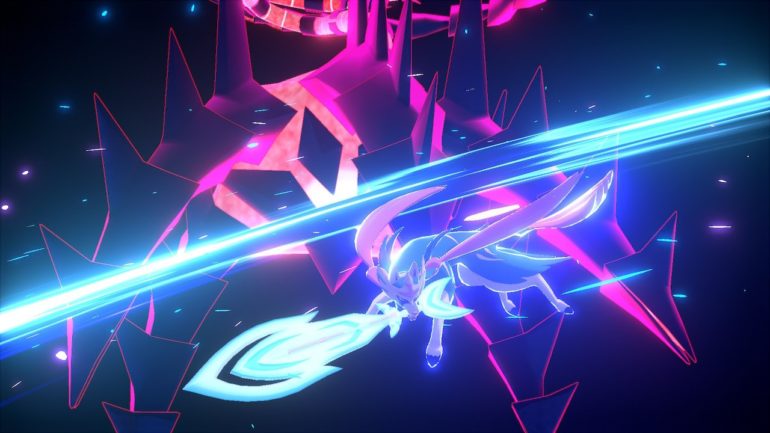 If you’re a fan of Pokémon and took even just a cursory glance at social media last November, you probably saw at least one or two big leaks from Sword and Shield thanks to someone having a copy of the game early and breaking the review embargo to post information.

After months of behind-the-scenes work pursuing legal action against the responsible parties, Nintendo identified the leaker today and the website that they worked for at the time of posting all of the Sword and Shield details.

The leaks came from a reviewer employed by Portuguese publication FNintendo, who was given a copy of the game early under heavy embargo. It’s unclear exactly how this happened, but by posting images and content from Sword and Shield prior to the agreed-upon embargo, FNintendo broke the agreement between both Nintendo and The Pokémon Company.

Now that Nintendo has identified where the information was being leaked from, the company released a joint statement alongside The Pokémon Company to address its findings.

“In early November, Nintendo identified a number of photographs taken from gameplay that revealed multiple new and unannounced Pokémon from Pokémon Sword and Pokémon Shield,” Nintendo said. “These photographs had been posted online and Nintendo, together with The Pokémon Company, quickly identified the person responsible for these leaks, and took immediate action.”

The leaks spread like wildfire across social media, becoming some of the top posts on Reddit and making various phrases like #PokémonLeaks trend worldwide on Twitter for multiple weeks. And while it obviously hasn’t hurt SwSh’s sales much, if at all, this is still something the company is working to prevent from happening again, which means it’s completely severing ties with FNintendo.

“These Pokémon were leaked by a reviewer for the Portuguese website FNintendo, who had received an early copy of the game for review purposes” Nintendo said. “Both he and FNintendo failed to handle confidential material, resulting in a clear breach of the confidentiality agreement between Nintendo and the media outlet. As a result, Nintendo will no longer work with FNintendo.”

Nintendo didn’t directly name the leaker, but FNintendo is going to be impacted heavily by this decision since it only covers Nintendo games and news and has been doing so since 2008. Not receiving review codes early from the sole source of content for the website could inevitably cause the publication to suffer.

FNintendo released its own statement to correspond with Nintendo’s announcement, saying that the site has already cut ties with the reviewer in question and apologizing to the company, and specifically Nintendo Portugal.

“At the beginning of November, a series of off-screen photographs leaked multiple new and unannounced Pokémon from Pokémon Sword and Pokémon Shield,” FNintendo said. “We want to take this opportunity to openly admit to our readers that FNintendo was responsible for leaking some of these photos. Nintendo offered us a copy of the game for review purposes, with clear embargo guidelines, to which we agreed. This copy was then sent to one of our reviewers, who leaked the information. Following the investigation, FNintendo severed its relationship with this reviewer.”

The first portion of the statement feels like it was agreed upon by both the publication and Nintendo’s legal team to absolve any responsibility from the website since no leaked content was actually posted directly from FNintendo. But that doesn’t mean the breaking of the embargo will go unpunished. The nearly 12-year working relationship between the website has now been severed.

“Our relationship with Nintendo Portugal dates back 11 years, but our part in this leak is a clear breach of the confidentiality agreement between us, and, as a result, a total breach of trust with Nintendo,” FNintendo said. “We recognize it is impermissible to break embargo guidelines and we failed to handle the review materials with sufficient care. We fully respect Nintendo’s decision to cancel the confidentiality agreement between our companies as a result of this breach of trust, and accept that we will no longer receive products from Nintendo, nor will we be invited to attend their events.”

With the leak officially plugged on Nintendo’s end, it appears that there will be no further legal action pursued by the company against the Portugese publication. But having something like this happen means that Nintendo could further limit what websites get access to games early.

The company is already known for being pretty tight in terms of allowing influencers and press to access its products early, even if it’s for review, and this situation could reinforce that mindset.

“Nintendo will always protect its intellectual property and brands,” Nintendo said. “Leaks hurt not just Nintendo, but the thousands of employees who work hard to bring games to market, and the millions of fans around the world who look forward to news and surprises. To surprise and delight players through new experiences is a shared passion for Nintendo and The Pokémon Company. We will pursue all avenues to preserve surprises for players of future Pokémon titles.”

While Nintendo can preserve surprises for most of its audience by making sure leaks don’t get out early, data miners usually put all of the information in the games out within a week of it being released. This shows the title’s current content and potential future content as well. This happened with SwSh, confirming the data of multiple unused Pokémon and other pieces of unreleased data.

The Sword and Shield Expansion Pass will start to roll out in June, which means the developers will likely try to find a way to keep at least a few secrets hidden.