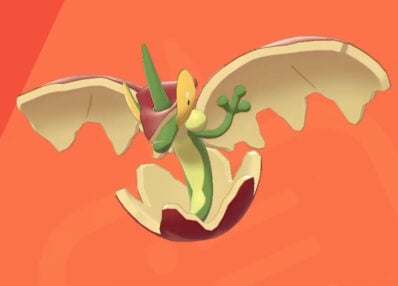 A new Pokémon TCG promotion appears to be coming to GameStop stores, which will feature an exclusive Flapple promo card.

This deal will run on March 19 alongside the release of the newest TCG set, Battle Styles, according to Pokémon TCG database PokéBeach.

The GameStop promo Flapple ties into Battle Styles since there are variants of Flapple, including a V and VMAX card within the set. And with how powerful VMAX Flapple looks to be, the Pokémon is going to be popping up a lot more frequently.

The card itself is a non-holo version of Flapple from Rebel Clash, which released last May.