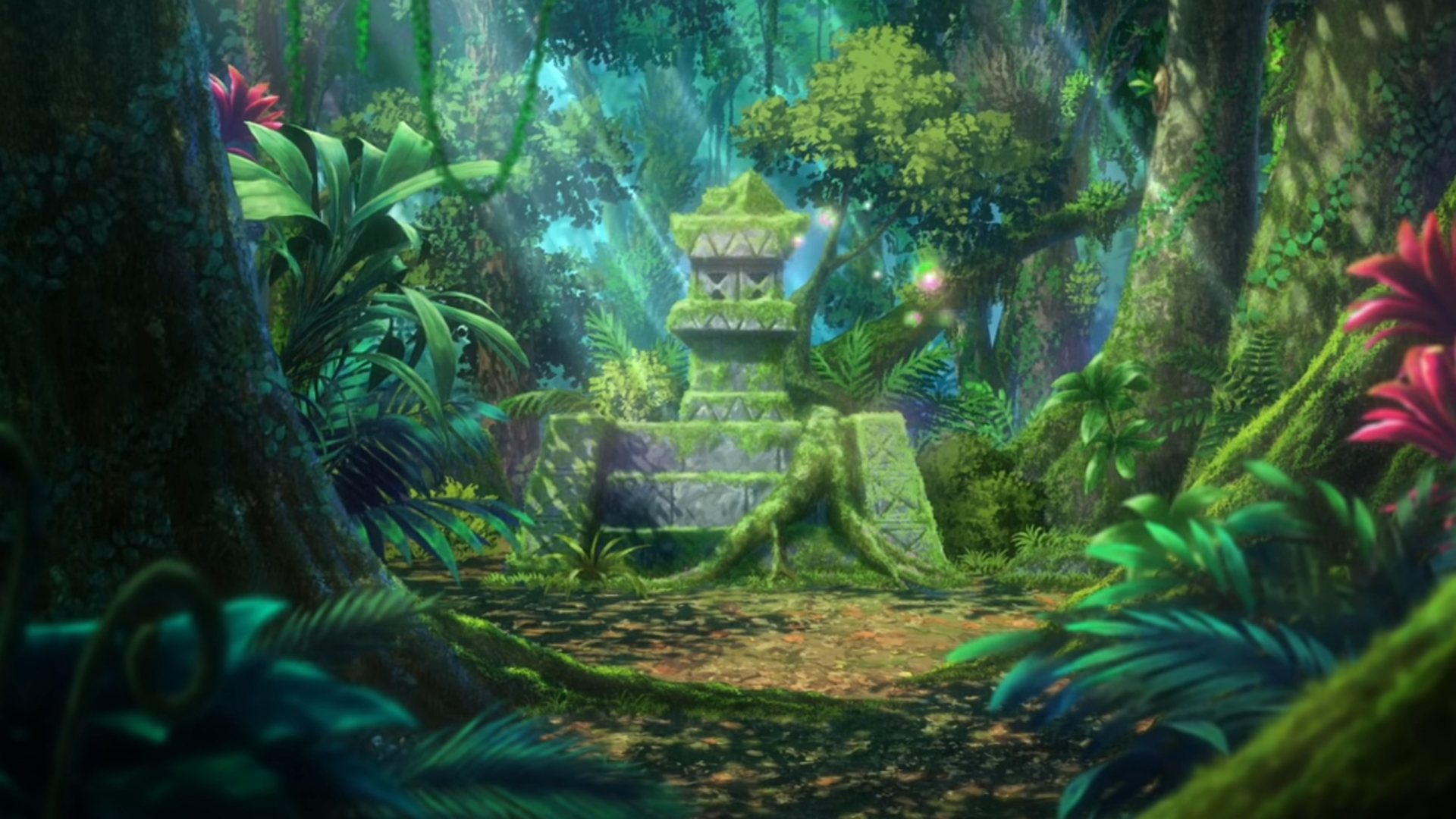 Fans were treated to a brief glimpse of the new Mythical Pokémon that’s set to be revealed on Feb. 27 yesterday. But in the latest CoroCoro magazine scan, you can make out the entire silhouette of the strange creature.

This new Pokémon has been teased multiple times and is going to be one of the focuses of the upcoming Pokémon Koko movie, the 23rd film in the Pokémon franchise.

Just by looking at the silhouette, you can tell that this creature is going to be a cross between several species of animals, which lines up with the setting of the new movie being deep in the jungle and surrounded by wildlife. The movie looks like it’ll be taking a similar approach to the last film, The Power of Us, putting both Ash and Pikachu in a new adventure separate from the normal show’s continuity.

The only connection that can be drawn was pointed out by Pokébeach, noting that one of the new characters shown in the trailer has bindings on their arms similar to those that appear in the silhouette. This likely means that the jungle-man character will have some connection to the new Mythical Pokémon and will help introduce it into the story.

The Celebi shrine from the Pokémon 4ever film also appeared in the trailer, but it’s unlikely that this new Pokémon has much to do with Celebi outside of it maybe being a guardian of some sort.

This Pokémon will be fully revealed by The Pokémon Company on Feb. 27. More details about its role in the movie and how it will appear in Sword and Shield will also be shared.