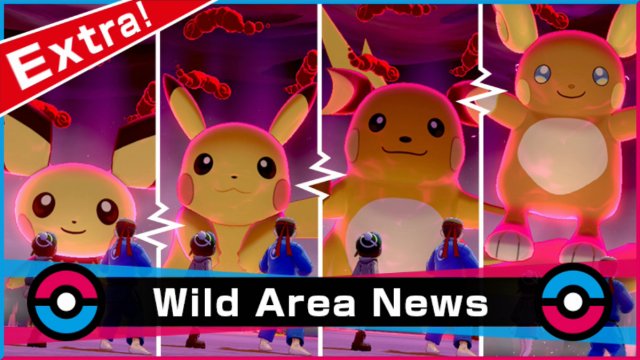 A new Max Raid event started today in Pokémon Sword and Shield featuring the evolutions of the franchise’s most popular Pokémon, Pikachu.

Trainers will have until Aug. 9 to catch Pichu, Pikachu, Raichu, and Alolan Raichu in the Wild Area. There’s also a slight chance of encountering Mimikyu.

Out of all the creatures in the Pikachu family, only Pikachu itself has a guaranteed rate of its shiny version appearing during this event. It’s only an eight-percent chance, though. All of the other Pokémon still have a standard rate.

None of them are Gigantamax Pokémon, but this is the first time the Alolan version of Raichu has been made available in a Max Raid event. This event is probably related to the Pikachu Outbreakchu event in which a huge number of giant Pikachus make a performance. The live event frequently happened in August in Yokohama, Japan.

The last Wild Area event added various Water and Ground-type Pokémon that will appear until Aug. 31. The featured Pokémon include Chewtle, Feebas, Wooper, Silicobra Hippopotas, and Shellos. Trainers will also find their evolutions and the Gigantamax version of Drednaw and Sandaconda.