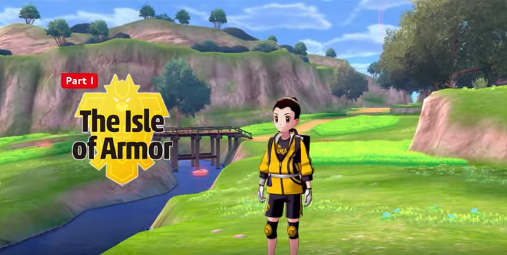 A new Nintendo Direct unexpectedly went live today, bringing with it a bunch of information about the company’s upcoming lineup of games.

More details about Pokémon Sword and Shield’s upcoming first expansion pass, The Isle of Armor, have finally been revealed. Nintendo also gave fans information on new Pokémon and a first look at the new world just east of the Galar region.

The Direct showcased the new Pokémon Kubfu, as well as the main story and major cutscenes we haven’t seen in a while. Players will need to embark on a journey with the new Pokémon shown in the trailer and take on a series of challenges through the use of Battle Towers.

Depending on which tower you take on, Kubfu will evolve into one of two different forms of Urshifu. You can only choose one, so pick wisely. The Tower of Darkness evolves it into the Single-Strike Style, while Waters evolves it into Rapid Strike Style form.

More information on the new Gigatanamax Pokemon and a bunch of other details, such as new league cards and frames, were also shown off. The expansion is slated to come out by the end of June.